When social media goes wrong, it can have a devastating impact, damaging a company’s reputation in minutes.

The beauty of sites such as Twitter and Facebook and real time communication is they are a way of sharing a message, an image or a video with a possibly global audience.

Do it well, it can improve brand image and sell products.

Do it badly, and the negatives are the same as the positives: post something libellous, insensitive or just plain stupid, and it has the potential to be seen around the world.

Only some firms, with quick-thinking and a well-taken response, manage to save themselves from viral hell.

Either way, to the unaffected, it can be hilarious to watch.

In light of the Jetstar Facebook page hacking – see below – we round up the best social media fails. 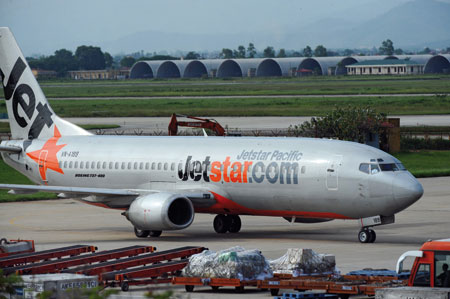 Replying to someone who asked about sale prices they wrote: “Don’t be such a tight ass, and pay the full price. It’s cheap anyway.”

The fraudster also convinced one woman the airline had cancelled her flights.

“Are you kidding me! You’ve just cancelled my family’s Gold Coast holiday! Please tell me you are joking,’’ the customer responded.

Replying to a man who posted to say he hadn’t heard back about a previous complaint, the hoaxer wrote: “Have you ever heard of giving up?

“We have a lot of complaints and unfortunately can not process them all within allocated times. Please stop acting like a spoilt brat and grow up.’’

Unsurprisingly, Jetstar wasn’t impressed, responding on its official Facebook page: “Unfortunately, someone has made a fake Jetstar Facebook and they’ve been impersonating us. We are working with Facebook to get this resolved.’’

Luckily for Jetstar, there was limited damage, with many of its Facebook fans declaring it “hilarious’’.

“Well done to the person who created this,’’ wrote one user, while another said: “The fake account probably deals with customer service better then you clowns.” 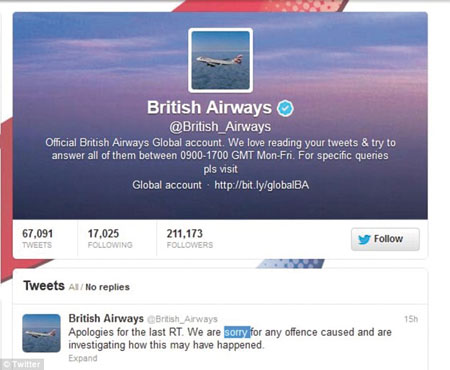 It’s always nice to be mentioned in a tweet – except when it’s a racist comment, filled with expletives. If that happens, you should definitely not, under any circumstances, retweet it to your 211,000 followers … unless you’re British Airways.

It all kicked off when this message was posted by Twitter user Jae Jang Ladd in November: “@British_Airways Fuck you. Fuckin cancelling my flight! #bunchofcunts!”

Another user called Asian Ronaldo replied: “@jaeladd @British_Airways Fuck you. Fuckin cancelling my flight! #bunchofcunts”, go back to your fuckin country you g***.”

It was this message BA retweeted to its followers, causing hundreds to repost the message and lash out at the company.

The airline deleted the message and posted this: “Apologies for the last RT. We are sorry for any offence caused and are investigating how this may have happened.” 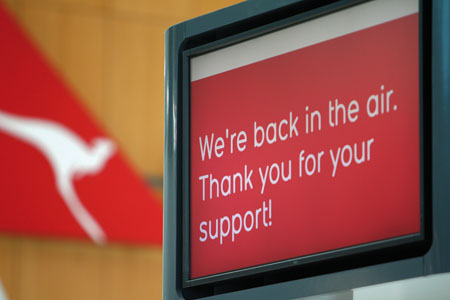 Think of the Maldives and images of pristine beaches and azure waters spring to mind. Although, apparently, not if you live there or campaign for human rights.

It must have seemed like a good idea at the time – the #SunnySideofLife hashtag tourism bosses urged local firms to help make trend on Twitter around the world.

They got what they wanted, but only after it was hijacked by campaigners using it to raise awareness of the real side of island life.

Despite being launched in July, the hashtag is still being used today, for tweets including: GunJaaday: “Pls do a Google image search with keywords ‘Maldives Police’.

The #SunnySideOfLife is a Police State. #PoliceBrutality.” And @BloodyyLycann writes: “A country where the police knows the murderer but fails to arrest him/her till they get approve from some politicians #SunnySideOfLife #Fail.”

However, Maldives tourist minister Ahmed Adeeb ignored the haters, tweeting: “Thank u all the Resorts, Tour Operators, Tourists & all those who love Maldives who gave positive tweets for #sunnysideoflife making a trend.”

Often companies will jump on to Twitter trends, seeing an opportunity to promote relevant products.

There are subtle ways of doing this, and not so subtle …

At the height of the turmoil in Egypt in February last year, he tweeted from his @KennethCole account: “Millions are in uproar in #Cairo. Rumor is they heard our new spring collection is now available online.”

Cue outrage on Twitter, resulting in Cole apologising for his tweet, admitting it had been “poorly timed and absolutely inappropriate”.

Also not understanding that disasters and death aren’t a springboard for promotional purposes, Gap and American Apparel both faced a backlash when Hurricane Sandy hit last month.

As chaos reigned across the States, AA sent an email blast offering 20 per cent off to customers in nine Eastern states if they used the promotional code ‘SANDYSALE’, “in case you’re bored during the storm”.

While @Gap pounced on the opportunity, tweeting: “All impacted by #Sandy, stay safe! We’ll be doing lots of Gap.com shopping today. How about you?”

Both ended up apologising. 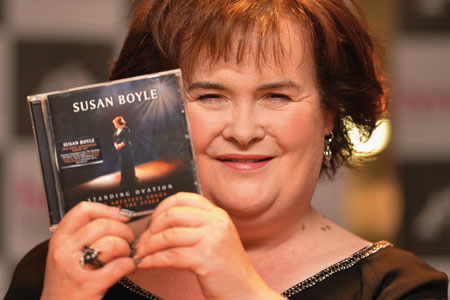 Even innocent hashtags can sometimes backfire – the Susan Boyle (above) album party being the latest.

Excited promoters took to Twitter last week, writing: “Susan will be answering your questions at her exclusive album listening party on Saturday. Send in your questions #susanalbumparty.”

It was a hashtash they’d come to regret, as, obviously, it can be read two ways.

Another Twitter fail came from the United Nations this week. The official @UN wrote: “On Day of Solidarity with Palestinians, Ban Ki-moon stresses urgency of reaching 1-state solution.”

It took about 35 minutes for that to be changed to “2-state solution”.

“Seriously, this may be the biggest typo in the history of international relations,” freelance writer Yair Rosenberg tweeted.

What to keep in mind when travelling: things you may not know