Situated in the heart of the West End, the brand new Carlsberg Sports Bar is already a hit among British and foreign sports fans. It’s open 24 hours a day, and serves drinks all day, too, but a five-hour window of respite between 5am and 10am.

There’s free entry, HD TVs and state-of-the-art screens galore, and the sizeable yet still intimate capacity of 200 always generates plenty of atmosphere, too.

Two-for-one cocktail offers will help you relax, kick back and enjoy the footy at this Antipodean fave. It’s offers the Premier League combined with a little bit of premiere comfort, too. 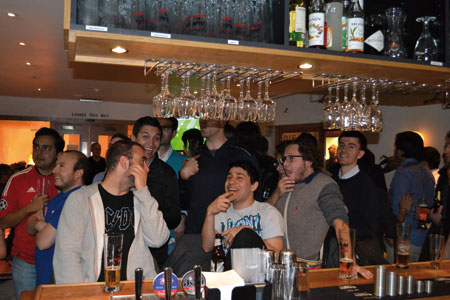 One of three London locations for the bar and grill team, it serves grog, grub and screens, as well as providing the option to hire out your own group dining area so you can catch Super Sunday in style.

Six HD plasma screens on which to watch your team. There is more here than just Sky, though, as this particular pub played a key role in the origins of football as we know it in this country – the Football Association was founded here in 1863. Grab a pint in where it all began. 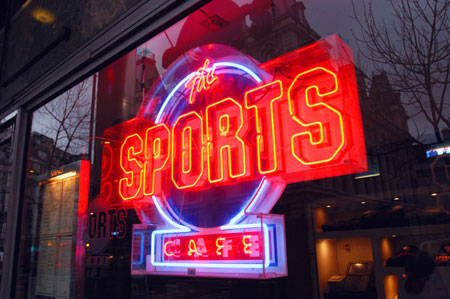 What do you value more, quantity or quality? If it’s the former, then the Sports Cafe has more than 100 screens for you to choose from, so there is somewhere to watch your team, even if that team happens to be a random League Two-er.

If it’s the latter that’s more important, then 92 of these screens are HD, and eight are personal screens in private booths, so you can watch your team without interruption.

The Famous 3 Kings, or F3K as it’s favourably known, is one of London’s largest sports pubs, showing events from all over the world, even including less televised sports, such as ice hockey, handball and golf.

As of August 18, though, it’s all about the Premier League, and with 11 plasmas and two TVs coupled with six audio zones, F3K has the capacity to show 14 different games with six commentaries simultaneously. There really is no missing a kick here.

As well as having 32 huge HD TV screens, this central-London bar has giant projection screens and a special zonal sound system which can show up to eight different live matches at a time – including live Premiership games at 3pm on a Saturday afternoon, which is virtually unheard of in the UK! 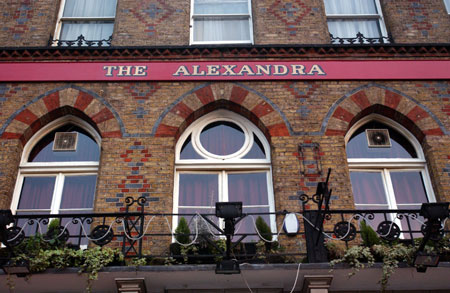 This cosy establishment in the heart of Wimbo has a passion for sport and four different bars to choose from: the lounge bar is the posh bit and can be reserved for parties; the Green Bar is the traditional heart of the pub; the Sports Bar, with its large roll down screen and plasmas, is where to catch any and all sports events; and the open air rooftop Terrace Bar has its own HD TVs as well. It does pretty awesome grub, too.

This west London pub has the usual – Sky, screens, lagers and food – and one of the biggest beer gardens in town.

You’d be more than a little disappointed if this place, with a name like that, didn’t show sports or they had a strict ban on trainers and football tops.

This north London establishment lives and breathes the beautiful game – there’s HD TVs, a 3D one in the basement, a volley of table footballs tables, and happy hour daily from 4pm-7pm to get in the mood before kick-off. 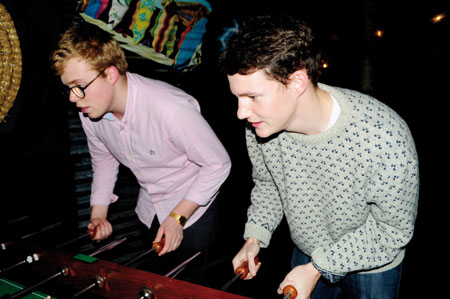 With top grub – platters on skateboards, chicken wings in buckets –  and drink promos galore, this is a standout venue in which to support your team.

There’s a massive projector screen, countless HDs dotted around the place, and even one in the garden by the BBQ. The Larrik even boasts its own 3D cinema room, The Shack, as well, giving you each and every option imaginable for watching the big game. Bring it on.

The Pride of Spitalfields

There’s no 3D TV here, no fancy retro gaming, or pop-up Thai cusine, either. No, what this no-frills traditional pub does excel in is its lack of fuss. There’s a screen to watch the game, ales and bitters behind the bar, and most of the food comes with chips. The Pride is so old-fashioned, it doesn’t even have a website. Yet. 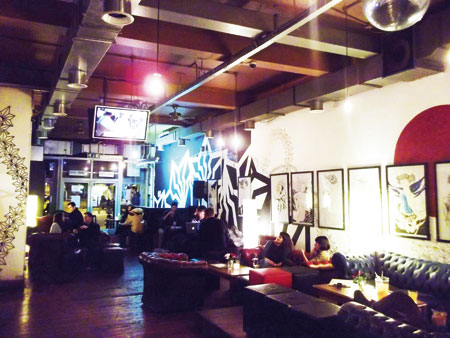 This ast London pub brings a bit of style and class to the Saturday afternoon match. Football nights boast abundant seating, table service and a projector room for the serious enthusiast, as well as the sofa ‘n’ screen set up of the main bar.

It’s civilised support, though, no chanting or hooliganism here! Retro games like PacMan will keep you occupied at half time, with comedy nights to cheer you up should a fourth-straight defeat leave you in tears.

Open since 1961, The Refectory is an old favourite among younger north-west Londoners. With four flat- screens and Sky, ESPN and terrestrial channels, as well as comfy leather seating and a large and decorative outdoor area, its relaxed vibes makes it perfect site for sport-watching.

This legendary pub has an various odd job Camdenites, a kicking rock and indie soundtrack, and shows the footy on its HD TVs. Rock ‘n’ roll football to stun even Ian Wright

A 24-hour booze licence and Sky Sports on three screens, that’s what the Greenie offers. A beer house since the 1800s, the Green Man combines tradition (a wide range of beers and ales) with the contemporary (£2.90 a pint during happy hour). 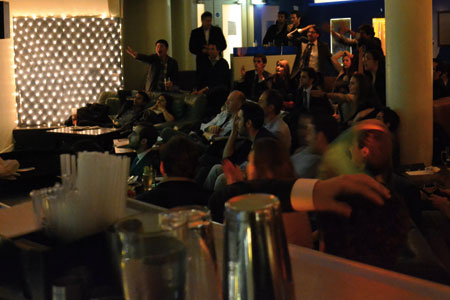 The self-styled ‘funkiest bar in Fulham’ has the pretty damn ace The Big Smoke BBQ menu to help you enjoy the football and the (fingers crossed) Indian summer we are all going to enjoy – the real one’s been arse so there had better be a prolonged period of sunshine throughout September.

There are all manner of drink offers, a large beer garden and each and every kick of the upcoming Premier League (as well as many other sports, too, for that matter).

They also take bookings, so if you fancy getting a group together and want your own space to jostling for position all match long, then drop The Elk an email in advance.

The Alexandra’s close proximity to Clapham Common Tube makes it a favourite among locals and those from further afield alike.

Its recently refurbished Balcony Bar adds a new dimension to its traditional style of long wooden benches and cosy fireplaces, and with two nine-foot HD screens, it’s a trendy, bustling place to watch the footie with a brew.