The best things to see and do in Geneva

If you’re after a city full of rich history, culture, and beautiful landscapes, Geneva will tick all your boxes. It’s situated at the foot of the Swiss Alps, along the banks of Lake Geneva, and is home to the European headquarters of the United Nations. It’s also one of the top destinations for travellers that are looking for a bit of everything during their travels.

One of its top destinations is its world-famous lakefront, which is the centrepiece of the city and offers various opportunities for relaxing and recreation. TNT recommends the following if you’re thinking of doing some sightseeing…

The Jet d’Eau is one of the tallest fountains in the world, with the water reaching heights of 140m. It was originally built in 1886 to control and release the excess pressure of La Coulouvrenière (a hydraulic plant), but it soon became a symbol of strength, vitality, and ambition for all of Geneva and Switzerland. Jet d’Eau literally means ‘water jet’ and it is located in the lake.

Located on the south shore of Lake Geneva, the Eaux-Vives Park (Parc des Eaux-Vives) has an absolutely stunning arrangement of pathways and natural beauty. You can stroll through a natural landscape that is full of wild flowers, colourful plants, and large trees. The Eaux-Vives Park is also home to one of Geneva’s finest restaurants, which is located in a gorgeous mansion within the grounds of the park.

The promenades are situated along the right and left banks of Lake Geneva. They are overflowing with parks, cafes, street markets, and iyou can enjoy water skiing, lake cruises, and amusements rides. Along the western shore you can find the Bains des Paquis, which is known for its exclusive bathing areas and saunas. The giant flower clock can be seen along the eastern bank and is a tribute to Geneva’s watch industry. The giant flower clock consists of approximately 6,500 flowers and is continuously updated several times each year with new and complex arrangements.

A former Roman marketplace, Geneva’s historic Old Town features stunning cobblestone streets and alleyways that are filled with quaint cafes and boutiques. There are also numerous historical landmarks to marvel at, and plenty of activity to keep you busy. The oldest public square in Geneva, the Bourg-de-Four, still remains the hub of social activity with bistros, bars, and terraces surrounding it. On the south side of Old Town lies the Treille Promenade, which was once home to an artillery post. Today, the Treille Promenade offers visitors a stunning view of Geneva from the top of the town’s last remaining rampart wall.

This article was written by George Peebles, who writes for many websites, including watches-of-switzerland.co.uk and various film blogs. 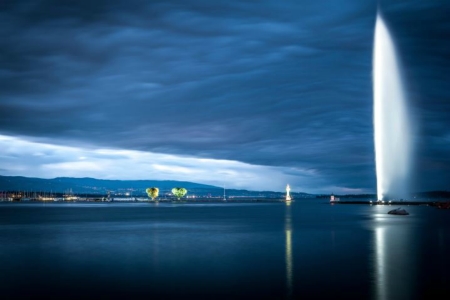 St Paddy’s Diary 2013: Where to celebrate St Patrick’s in London

Why was Guitar Hero axed by Actvision?