But the laughter – and worldwide condemnation – soon turned into something darker, after it was confirmed Jacintha Saldanha, the receptionist at London’s private King Edward VII Hospital, who transferred the call from Melanie Greig and Michael Christian to the duty nurse, died in a suspected suicide on Friday.

The mother-of-two’s body was found near the hospital.

The so-called prank was widely criticised when it was aired at 5.30am on Wednesday, with media around the globe outraged such tactics had been used to trick staff into revealing private information about a patient in their care.

Australian Hot30 show hosts Greig and Christian adopted fake British accents while pretending to be the Queen and Prince Charles.

After coming under fire when the audio went viral, the station at first showed remorse and apologised.

“We were very surprised our call was put through. We thought we’d be hung up on as soon as they heard our terrible accents,” they said.

“We’re very sorry if we’ve caused any issues and we’re glad to hear that Kate is doing well.”

However, a day later, they changed their stance, calling it the “biggest royal prank ever”, shouting “Aussie! Aussie! Aussie!” on air.

“With some of the worst English accents in the history of radio, the Summer Hot30’s MC and Mel managed to convince the staff … they were the Queen and Prince Charles,” it boasted.

“To MC and Mel’s absolute shock they were put straight through to a nurse on Kate’s ward.”

The call was connected to a nurse treating Kate who gave an update on her condition, including that she had not experienced any recent “retching”. 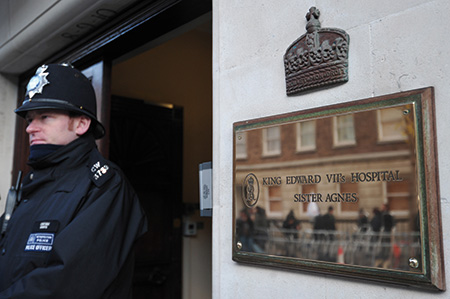 In the background of the call, another member of the show can be heard barking in an attempt to impersonate one of the Queen’s corgis.

After the news of Saldanha’s death broke on Friday, Dr Peter Carter, chief executive and general secretary of the Royal College of Nursing, told the Daily Mail: “It is deeply saddening that a simple human error due to a cruel hoax could lead to the death of a dedicated and caring member of the nursing profession.”

On our Facebook page, Anita Russ wrote: “What a tragedy. I hope it will make some of these pranksters … think twice. Very sad – all because she answered the phone at 5am.”

And Melanie King said: “So sad, RIP Jacintha Saldanha. A wife and mother.”

While Hannah Membrey said: “Can’t help but think how interesting it is that people are already jumping to conclusions that it’s the radio station’s fault over the death … I guess people just need someone to blame really.”

On tntmagazine.com, John B said: “How do they feel now that this person that took their call killed herself due to all the pressure she was [under] because of their stupidity?”

It’s not the first time the reputation of Southern Cross Austereo-owned 2Day FM has been called to account.

The first came in 2009 after a 14-year-old was pushed into taking a lie-detector test live on the Kyle & Jackie O Show, which resulted in her admitting she’d been raped.

The teenager and her mother took part in ‘Lie Detector’ on the breakfast show, hosted by Kyle Sandilands and Jackie O’Neil Henderson. The mother asked the girl: “Have you ever had sex?” 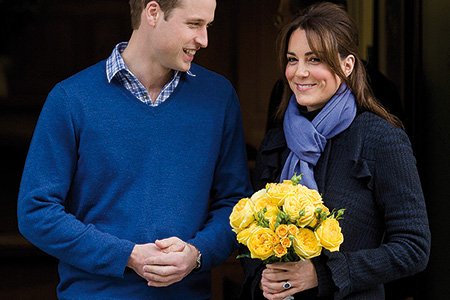 She replied: “I’ve already told you the story about this … and don’t look at me and smile because it’s not funny.”

The girl then raised her voice and said: “Oh OK, I got raped when I was 12 years old.”

Sandilands then asked “Right … is that the only experience you’ve had?” before the mother admitted she knew of the rape “a couple of months ago”. Her daughter shouts: “Yet you still asked me the question.”

ACMA chairman Chris Chapman said at the time: “Even in these more liberal times, quizzing an underaged child about her sexual history, for mere entertainment offends community standards.”

In November last year, Sandilands again provoked uproar, breaching decency codes after calling a woman journalist a “fat slag” and telling her he would “hunt her down” after she reported on the negative reaction to his TV show the night before.

He was reported as saying: “What a fat bitter thing you are, you’re deputy editor of an online thing.

You’ve got a nothing job anyway. You’re a piece of shit. You’re a bullshit artist, girl. That’s what you are.

You should be fired from your job.” 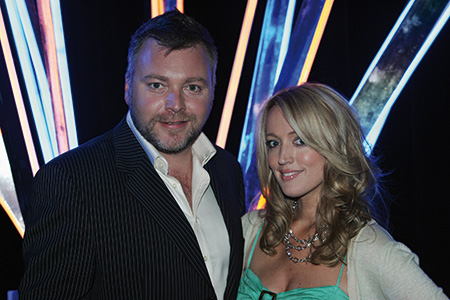 Watchdog ACMA again ruled against the station after a two-month investigation.

Chapman said Sandilands’ comments were “deeply derogatory and offensive” and handed the station a penalty – another five-year condition preventing it from broadcasting indecent content that demeans women or girls.

If breached, it could result in suspension or cancellation of Austereo’s licence, prosecution, or heavy fines.

Last week’s prank call will no doubt also be investigated by the ACMA.

It is believed the audio, which was still being aired on the radio station as news of Saldanha’s death broke at 3.30am AEDST, was vetted by lawyers before being broadcast.

When the call first aired, a spokesman for the ACMA admitted it had received complaints.

However, as TNT went to press on Friday night, amid calls on Twitter for the presenters to be sacked, the radio station – given the time difference – was yet to make a statement.

The world was waiting for Australia to wake up, to find out whether the 2Day FM programme would live to see tomorrow.

Is it time to embrace suburbia? The pros and cons of saying goodbye to the city

Food: Dining in the dark

your mums a lizard.