Lucky Lewis: Adrian ‘Jackpot’ Lewis is throwing for a third world title in a row this week

Weirdly, he got the name for not winning something, a US$72,000 fruit machine payout at the MGM Grand in Las Vegas that he was too young to collect, but since then he’s been picking up cheques and titles like they’re litter.

At 27, Lewis is a relative pup among the old dogs of darts and hot on the heels of his mentor and fellow Stoke-On-Trent export Phil ‘The Power’ Taylor, 52, the most dominant darts player of all time with 15 world titles.‘Jackpot’ is currently number two behind Taylor in the PDC (Professional Darts Corporation) Order of Merit, but when the World Darts Championships start at Alexandra Palace, London, on December 14, the young bloke will be going for his third consecutive world title.

In the previous two tournaments, for which the final is held on New Year’s Day, he beat Gary Anderson and Andy Hamilton for what is now known as the Sid Waddell Trophy, in honour of the iconic commentator who died this year.

After last year, he boldly set a target of 10 titles, a boast he’s happy to back up: “I reckon between now and the end of my career I could win between eight and 10,” Lewis tells TNT. 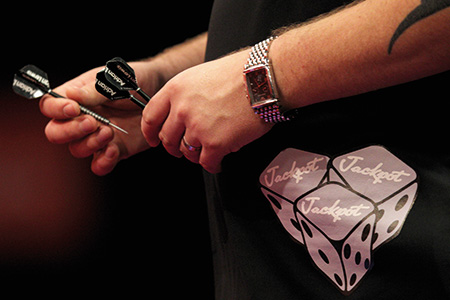 “That’d be good, you know. That’d put me as second best of all time behind Phil. I’d rather be the best, but I don’t think anyone can emulate what he’s done.”

Having a mentor as a rival has become second nature for Lewis, who now uses the mental strength Taylor helped him instill in his game against the veteran.“

He’s been fantastic for me,” Lewis says.

“Teaching me how to get my mind right. Teaching me about finishing, and working out the ‘out shots’, but he’s another opponent when it comes to that.”

Preparation is important in darts, which relies on fine motor skills and leaves no margin for error at the top level.

Lewis will have the added distraction, or inspiration, after his wife Sarah gave birth to a little boy, Matthew, last week.“It’d be great to win a third one for him,” Lewis beams.

For those who see darts as throwing a spike at a red, white and black circle, it’s hard to comprehend the ability of these guys. Lewis says it’s like any other sport. 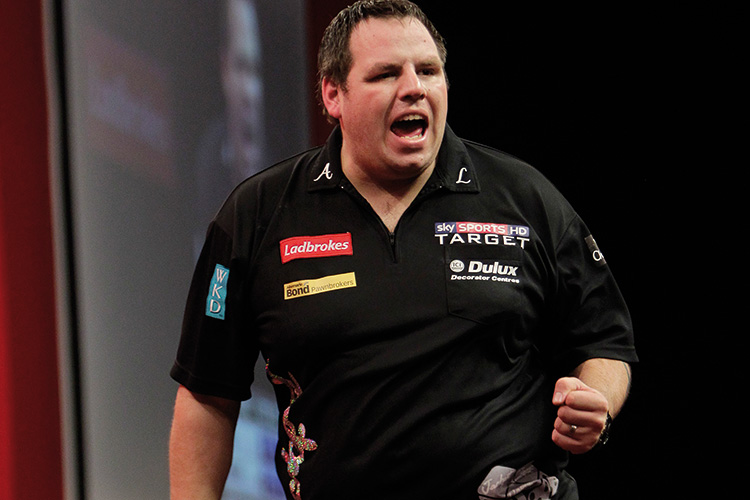 “You need a natural ability for the game in the first place and you’ve got to work at that, you know,” he says.

“Then you’ve got to find your weaknesses and work on those, like if you’re missing double openers or having trouble finishing off, you’ve got to practice and work at it like everything.

He says the most important ingredient a top player needs is “bottle”, the slang term which in this case means an ability to stump up under pressure and at key moments.

“You’ve got to be focussed and have belief in yourself.And you’ve got to work at that too.

It’s important ’cause to win games you’ve got to show bottle to finish a game off.”

No one showed more ‘bottle’ than Lewis in last year’s titles at Ally Pally.

He pulled off what is considered one of the greatest ever comebacks when he won after being 5-1 down in the  semi-final against James ‘The Machine’ Wade, an opponent he’d previously lost heavily to.

“When you’re in that situation you’re thinking, ‘Ah, come on then, it’s not game over, I’m not going to lose my title.’ 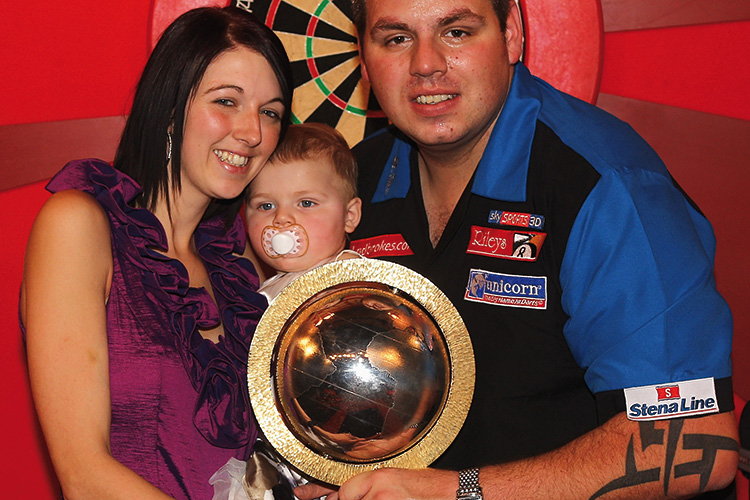 You’ve just got to focus, hopefully he’ll let you in a couple of times and then you take your chances.”Lewis only started playing darts at 17, made his TV debut as an inconsistent 19-year-old and turned pro at 21.

He came to the sport two decades after pints were consumed on stage by the athletes – it’s just water now and the competitors are regularly drug tested – but the crowds are no less immense.

“On TV it doesn’t seem anywhere near as loud as it is in the venue, nothing compared to being there,” he insists. There’s no “quiet please” from the umpire here.

“I’d rather it be a bit more rowdy than quiet. If someone shouts out louder than the other three or four thousand in the venue, then that can put you off, but it’s all part of it.”

Handling that pressure, as well as the head to head nature of competition, is all part of what pays the bills for the pros. There is a £1million prize pool on offer at the championships.

“We make a good living, we do,” Lewis says. “It’s not about the money even, at the end of the day we play darts, we love it and we get paid for it – can’t ask for more than that.”As a kid in Stoke, Lewis never conceived of seeing the world.

“I don’t know how I would have ever thought about it growing up. Obviously now I’ve seen a lot of the world and I consider myself very lucky.”

His favourite place probably isn’t a shock: “I love Vegas, visiting and playing there.”And he has no hard feelings against those fruit machines either, now he’s more than old enough to play them, and he’s been paid back in part.

“A couple of years ago I was in there with me wife (then his girlfriend), and she won US$24,000 on a fruit machine,” he laughs.

“And it paid for the wedding.” Seriously, can this bloke stop losing? 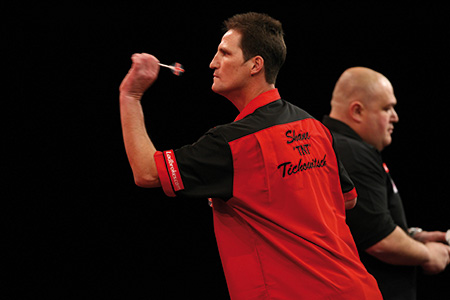 Bullseyes on the Prize: The Whiz and TNT for Oz

Simon ‘The Wizard of Oz’ Whitlock has been carrying the Aussie flag in professional darts for years, striding into arenas to the signature Down Under by Men At Work, but we’ve got a good feeling about one of his country mates, Shane Tichowitsch, known as “TNT”.

The darts dynamite, 45, from Bundaberg, Queensland, is a massive long-shot at the World Darts Championship, starting Friday.

He earned his spot after finishing top of the Dart Players Australia Order of Merit, and faces English world number 12 Dave Chisnall in round one.

Whitlock is reigning European champion and was world champs runner-up in 2010.

Defending champion Adrian Lewis says he’s one to watch out for in the tournament: “He’s one of the best finishers in the game.”

Seeded fifth, Whitlock will play the winner of a preliminary round match-up between Japan’s Haruki Muramatsu or New Zealand champion Dave Harrington.

Scooting around Spain: The best way to explore Madrid’s winding backstreets and historic palaces is by scooter

Man jokingly asks hotel for pillow fort during booking, gets one