Returning for its sixth year, the tour brings out the best in global cycling, and a raft of fans to watch the impressive week-long event. If you can’t catch the event itself, or you feel inspired to get in the saddle, Premier Inn has revealed the ultimate UK bicycling bucket list – with something for all levels of experience.

From picture-perfect routes, to exhilarating trails that will take you to some of the highest points in the country – if you’re cycling mad you’ll want to try each and every one of these routes. Plus, if you’re travelling far to tick one of these off your bicycle bucket list and you’re looking for somewhere to rest your head before or after a big ride, if you stay at a Premier Inn then your (clean and well behaved) bikes are welcome too! 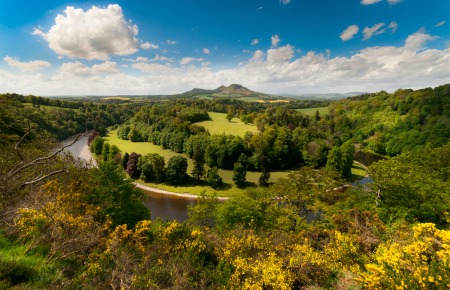 Route starts at Melrose, then follow the Scott’s View and Dryburgh trail.

If you want to follow in the tracks of those actually taking part in the Tour of Britain, then make your way to Scott’s View in the Scottish Borders.  Not only is this where stage one of the tour will be taking place, but it also boasts one of the best views in the UK – its name even comes from the fact that it was famously Sir Walter Scott’s favourite view in the Borders. It’s quite a hill to climb, but the stunning scenery at the top is definitely worth it.

Most Picturesque Route – The Cotswolds

Route starts at Kingham station, then follow the Sarsden Circuit.

The Cotswolds is regularly named as one of prettiest places in the UK, and touring the beautiful towns and villages by bike is one of the best ways to take in the picturesque views on offer. For the perfect mix of chocolate-box villages, open countryside and country pubs, the Sarsden Circuit is a great option. It takes you from through the village of Kingham, along to Churchill village that boasts an impressive church tower and past Sarsden House which has been named as one of the most beautiful properties in the UK. The circuit takes around two hours, but that doesn’t include any stops you’ll no doubt make to capture the stunning views.

Route starts at Queen’s Square, then follow the Festival Way.

Bristol became the UK’s first cycle city in 2008, so it’s a must-visit for cycling fans. Unsurprisingly there are many routes to choose from across this beautiful city. You can stay in the city centre and take in the sights, from The Suspension Bridge to the famous caves, or hop on the Festival Way to see the best of Bristol’s open spaces – the trail takes you through many of the city’s best garden spaces and parks.

Route starts at Rhyd Ddu, opposite the car park, then follow the Rhyd Ddu route.

For a cycling experience you won’t forget in a hurry, head to Rhyd Ddu in Snowdonia in Wales. The highest point in the UK, outside of Scotland, it’s one of the rare mountains where you can reach the summit on two wheels. It’s a rugged trail, so this is mountain bike territory and not for beginners but if you’re looking for a thrilling ride then this is one route you need to tick off your bucket list.

Climb begins from the village of Rosedale Abbey.

In the magical North York Moors you’ll find Rosedale Chimney, a well-known stretch that even the best riders can often struggle with. At just 1.4km, it’s not a long ride but it’s a notoriously steep climb that, once conquered, gives you an unrivalled sense of achievement. The views as you climb are outstanding, showing Yorkshire at its best – although you’ll probably be forgiven for focusing on making it up the hill rather than taking in the view.

Best For Pros In The Making – Box Hill, Surrey

Climb begins off the Box Hill roundabout on the A24.

After being featured in the London Olympics road race in 2012, Box Hill has become a go-to spot for riders looking to challenge themselves and see if they can match the professionals. It’s proximity to London makes it perfect if you’re looking to escape the capital, or you can just tackle the hill and its famous hairpin turns on their own. Once you reach the top, you’ll be rewarded with spectacular views of the Surrey Hills.

We’re lucky enough to be spoilt for choice in the UK for coastal routes that showcase the most incredible beaches and seascapes. If we can only pick one, then the Alnmouth to Druridge Bay route in Northumberland is a top contender. The striking Northumberland coastline offers quaint fishing villages, impressive castles and jaw-dropping views, and this trail along the coast gives you the perfect opportunity to take them all in.

Bedouins and bling: We explore the new and old Dubai