When English comedian Dave Gorman first shot to fame over a decade ago with his documentary show Are You Dave Gorman?, he probably wasn’t expecting one of the subjects of his research to still be influencing his life, let alone his ability to travel to Australia last week. But that, it seems, is exactly what’s been happening, thanks to one of the other Dave Gormans that he crossed the world looking for, following a drunken bet with his then flatmate Danny Wallace, being less than popular with Aussie immigration.

“You can get a tourist visa online,” explains Dave on the phone from the UK before jetting Down Under for his Melbourne International Comedy Festival shows. “But if I try and get one, I get a message telling me I have to attend the embassy. They told me there’s someone with the same name as me, and with a very similar birthday, that always gets red-flagged in the system. Now, I’m in an unusual situation of having met 108 of my namesakes, so I guessed there was a fair chance I’d met the man responsible. But I didn’t figure I’d ever work out which one it was.”

Dave, however, has actually kept in touch with many of his namesakes, and happened to chance across the answer to the riddle when having dinner with one of them.

“It came up in conversation that his birthday is a mirror image of mine,” explains the comic. “I was born on the 2nd of the 3rd and he was born on the 3rd of the 2nd.” The clogs clicking into place, Gorman swiftly asked Gorman if he’d been to Australia and the truth quickly outed. Dave number two, a Canadian, had moved to England after marrying a British woman, but later flew to Australia not realising he needed a visa (“I just thought I could go anywhere in the Commonwealth!”). The Canadian was promptly sent home and destined to be flagged up by customs for ever more.

“My only consolation,” adds the comedian, “is that his journey effectively took three days. His inconvenience was greater than mine will ever be.”

And so, now that he knows not to take the strange visa demands personally, is he looking forward to returning to Australia with his new show? “Of course, I love it,” he replies in a shot. 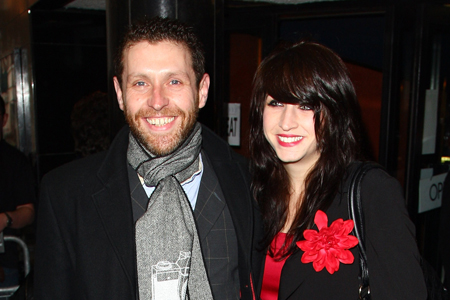 “Every UK comedian falls in love with the place. Most start entertaining fantasies about moving over. Then an Australian comedian takes you aside and explains that the live scene isn’t quite as vibrant all year round. You’re a big country with a spread out population. We’re a small densely populated place. There’s a new town – and a new audience – every 10 miles [in the UK], so touring is relatively doable. As a festival, however, Melbourne is absolutely the best.”

Anyone that’s followed the rise and rise of Liverpool fan (“don’t remind me”) Gorman, will be well aware that his documentary-style solo shows are a far cry from the usual stand-up fare. And his new show, PowerPoint Presentation, is no different. After all, PowerPoint isn’t generally renowned for being a barrel of laughs.

“In my experience, things with an obvious connection to comedy always make for pretty shit comedy,” he explains. “The audience have already thought of everything. The laughs have already happened. But the show isn’t about PowerPoint… it just uses it. Its connection to comedy is the same as the microphone’s connection. It’s just a way of delivering the material. It’s not a parody of a business presentation – I wouldn’t know where to begin with one of those as I’ve never sat through one.

“It’s not me putting a slide up and then talking about it for five minutes. It’s more like a double act between me and the presentation. There are over 800 slides in an hour, so it’s pacey. Sometimes the presentation is underlining my point, sometimes it’s undermining it. But it’s only there to add to the funny.”

Indeed, while Gorman isn’t averse to doing more traditional stand-up, it’s his multimedia shows that have really made his name, seen him hailed by critics across the globe and led to a stream of other comedians hailing him as a major influence. But does he feel he deserves the praise?

“It’s weird seeing my name used as an adjective. I’ve seen broadsheet newspapers [in England] describing other people’s shows as Gormanesque. It’s especially odd when I don’t think they are at all. I wasn’t the first person to tell a true story on stage. Maybe I just got lucky that I was doing it when I was, and was playing with the technology I was. But then again, Are You Dave Gorman? was very low-tech. It was two screens and two slide projectors.” 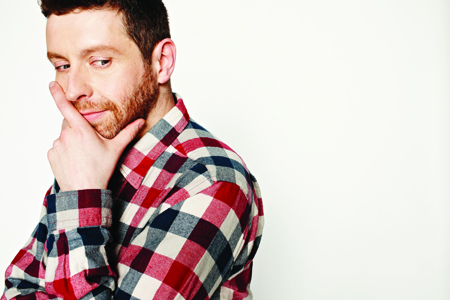 One thing that can’t be called anything but Gormanesque is the man’s latest book, Dave Gorman vs The Rest of the World. Much like his one-time flatmate Danny Wallace, who went on to write hit books like The Yes Man (which was later made into a Jim Carrey film), Gorman’s projects so often centre around one simple, but brilliant, idea.

“It’s about playing games. It started because I had a bit of time off. After a few days of sitting around I get a bit restless. So I put something on twitter saying, ‘Would anyone like to play a game?’

“I wasn’t really thinking beyond that day or the next. I went somewhere close to home to play a board game with a couple of strangers. It was fun. A nice day out. And it sort of grew from there. I wasn’t planning on writing about it. Then one day a nutjob creationist Christian hit me while we were playing a Creationist board game. It was the aftermath of that, that made me realise there was a story worth telling.”

But while Gorman is best known for his shows and books, as well as for starring in Rob Brydon’s Annually Retentive and serving a stint as a reporter on The Daily Show with Jon Stewart, he’s probably less-well known for what he actually started out as – a writer for a string of hit comedy TV programmes, with his credits including penning lines for Harry Hill, Steve Coogan and The Mrs Merton Show.

So is there anyone out there that he’d still like to write for? Gorman replies, “Ideally every comic finds their voice. The best people to watch for me are people where you think, ‘I could never do that material… they completely own this style’ and we all hope that that’s what we bring too. So the best people to write or produce for are people who do something completely different to you.

“If there was any crossover you’d find it impossible to give up material that you could use. But when you can create something that would be useless to you but perfect for them, that’s really exciting. I think Johnny Vegas is an amazing comic force. Tim Minchin too. Naturally, neither of them need any help.”

Dave Gorman’s PowerPoint Presentation is on at the Forum Theatre, as part of Melbourne International Comedy Festival, from now until Sunday 22 April. comedyfestival.com.au

How to find value on second hand goods