The most quintessentially English places to visit

Castle Combe, Wiltshire
If you’re looking for that picture-perfect English village, Castle Combe has to be on your list. Previously named as ‘the prettiest village in England’, the quaint streets and charming cottages were actually used as the backdrop to the film ‘War Horse’. When visiting, make sure to head to the market on the first Saturday of every month to get a real sense of quintessential village life. 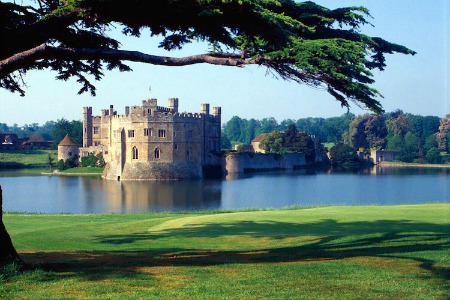 Image credit: www.alamy.com
There’s something distinctively English about a castle. Steeped in history, Leeds Castle has played its part throughout key moments of England’s past. Starting as a Norman stronghold, the castle is most notable for being the frequent residence of Henry VIII and his (final) wife Catherine of Aragon. Once you’ve explore the castle, head to the impressive maze in the grounds which takes you through an atmospheric grotto made up of shells, minerals and wood.

Mevagissey, Cornwall
If seaside villages straight off a vintage-postcard are what you’re after, take a trip down to Mevagissey in Cornwall. The twee narrow streets boast a range of friendly gift shops, cafes and pubs which are perfect for a relaxed day of exploring. If it’s a spot of angling you’re after you can give sea fishing a go with Aquila Charters – dolphins have even been known to be spotted off the coast!

Shaftesbury, Dorset
Shaftesbury is probably most well-known for being home to Gold Hill which famously featured in the Hovis advert from the 1970s, there’s even a local museum dedicated to it. After you’ve grabbed your bike and pushed it up the quaint cobbles to recreated the famous scene, explore everything else that Shaftesbury has to offer – from historic Abbey ruins to stunning country walks. 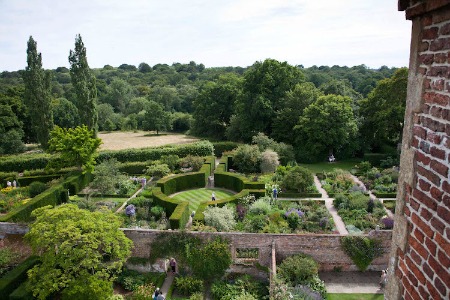 Image credit: www.alamy.com
If you’re looking for a quintessential English garden, Sissinghurst Castle Gardens are a must-visit. The gardens were lovingly created by the owners of castle, Vita Sackville-West and Harold Nicolson, who wanted to put together a garden that would be a tribute to their love and an expression of their personalities. What they created was an intimate garden, sectioned into particular themes and styles, which is now seen to be the embodiment of a modern English garden.

Hampton Court Palace, London
Full of royal history, Hampton Court Palace is a must-visit for anyone who is looking to immerse themselves in the monarchy of England’s past. Another haunt of Henry VIII, the palace was built to rival Versailles and certainly has the impressive architecture and gardens to match. 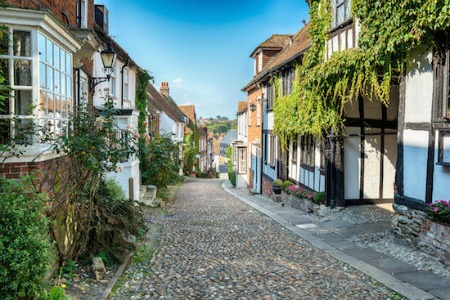 If the cobbled streets and quaint houses of Rye conjure up images of peaceful and unassuming English life, you might be surprised to hear that Rye used to be a hub for smugglers and is littered with hidden passageways for secret stashes. A day can easily be spent soaking up the history as you stroll through the charming streets this interesting town offers. Make sure to pop into the Mermaid Inn on your travels, it was a well-known haunt for the notorious Hawkhurst Gang of smugglers and still maintains its rustic charms.

Ye Olde Jerusalem, Nottingham
What could be more quintessentially English than a pub, but this is not just any pub – this is the oldest pub in the country. The Ye Olde Trip To Jerusalem has been serving since 1189AD and now holds tours so you can explore the history of it’s haunted cellars!

Castle Howard, Yorkshire
Regarded as one of the finest stately homes in England, Castle Howard boasts breath-taking architecture and stunning gardens that make you feel as if you’ve stepped into a period drama. Unsurprisingly then, it was the backdrop to both the TV and film adaptations of Brideshead Revisited. A visit would make a lovely day out if you’re staying in York, as it’s just a short drive away from the city-centre. 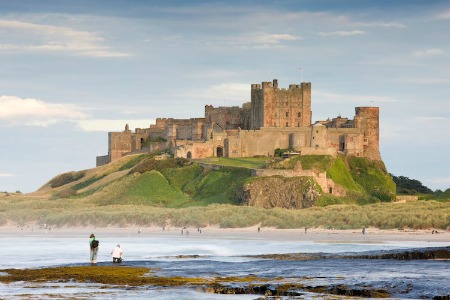 Image credit: www.alamy.com
Along the windswept Northumberland coastline sits an impressive castle that provides a great slice of English history, going back as far as prehistoric times. Bamburgh Castle was famously besieged during the War of the Roses by Edward IV, but thankfully was restored so it can today be enjoyed by visitors and history buffs alike. There are also a number of picturesque coastal walks which are perfect if you’re looking to take in the striking beauty of the castle from afar.