From a bike to a brain scan image, a new exhibition reveals the emotional stories of items left behind when a relationship ends.

What you see is what you get at the Museum of Broken Relationships. It doesn’t purport to be anything else – it’s not the Museum of Glad We’re Still Friends or the Museum of The Laughs We Shared. The clue’s in the title.

Showcasing hundreds of items donated anonymously by hurt lovers, it delves into the stories behind the things left behind when a relationship ends. It’s a voyeuristic peek into the lives of the broken-hearted. From the unusual and bizarre to the trivial and pretentious, each piece has an intriguing story.

There are more than 100 items on display, including a grand piano (from a “tempestuous and short-lived affair punctuated by brief bursts of high living and champagne”); a set of keys (which “no longer bear any emotional significance to me, since my ex turned out to be a calculating bastard”); and an ‘I love you’ teddy (note reads: “I love you. What a lie! Damn lies! Damn lies!”). 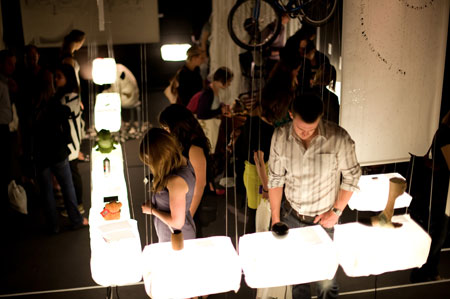 It’s the first time the award-winning concept – taking place in two venues, the Tristan Bates Theatre and 38 Earlham Street (both Seven Dials, Covent Garden) – has come to the UK.

Created by former lovers Olinka Vistica and Drazen Grubisi, it has toured the world, and has a permanent home in Zagreb, Croatia. It seems we just can’t get enough of rummaging around inside other people’s private lives.

Although Vistica admits the couple’s break-up eight years ago was “hard and horrible”, they found, once the pain had subsided, they didn’t want to let go of the happier memories, and still wanted to keep in touch.

“We thought that it’s so unfair just to have to erase a part of our lives and go on without it,” Vistica says.

“We thought that maybe there was a way of keeping alive a piece of history that has marked us so much and was beautiful at some point – a museum where you can store emotional heritage which is usually hidden in wardrobes.”

Normally when a relationship ends, the first thing the ’dumped’ person does is remove any item reminding them of their former lover – ticket stubs from the first cinema visit are thrown away; DVDs and books are returned or binned; and, sometimes, jewellery is pawned. 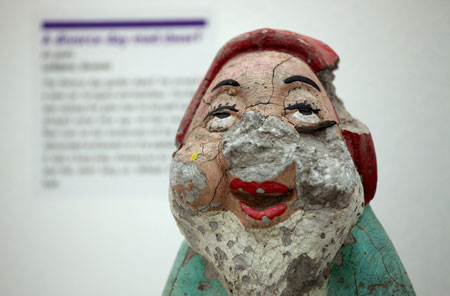 But, it’s clear from what’s on display at this poignant exhibition, for some, there are things which they can’t bring themselves to consign to the realms of history.

Vistica reveals she is sent hundreds of items for the exhibitions, with hurt lovers keen to express their stories. “For some people, donating their item is cathartic – they give their object and they’re surrounded by others and they don’t feel alone; you’re helping other people to recover,“ she explains.

The material is displayed at the venues along with a description explaining what it meant to the owner, as well as information including location, date and length of relationship.

One of the items is a bike, with which a note reads: “I’d wanted a bicycle for ages and when I started seeing Jerry, a cyclist, my interest really took off.

“We’d been married about a year … and he bought me a bike as an early birthday present.

“The night I found out he was having an affair, I got on my bike and rode for an hour, crying my eyes out. As the relationship disintegrated, I’d go for longer and longer rides. At the end, through the most traumatic months of separation, the bike he bought for me became my saviour, a symbol of freedom and my constant companion.”

Another intriguing item is a photograph of a brain scan, submitted by a traveller during her stay in London.

The note reads: “This is my brain after the ultra sounds and the ENT (scan) but before the lumbar puncture, where you stood and complained about all the money that had been wasted on this trip. I think the headache dulled the alarm bells that were sounding.

“Four months later you dumped me. Badly. By email. Three days before my birthday. I bumped into you recently and you couldn’t figure out why I might not want to ‘catch up for a drink sometime’.”

Another item is 150 pages of Proust’s Remembrance Of Things Past, in a brown envelope. The man who donated it, who we’ll call ’Mark’, explained it was what remained from the three-volume set he and his wife used to take on holiday.

Mark used to read the novel aloud while the couple relaxed on the beach. He admits it “sounds weird” but says wanted to donate the pages as “I felt it was symbolic”.

He explains: “I’m in a new relationship and needed somewhere to put the book. It seem philistine, even violent, to throw it in a bin.

“The great thing about the museum is it’s intensely meaningful; you have somewhere to get rid of something but the symbolic weight you’ve invested in the relationship is honoured by the exhibition.”

Mark was married for 20 years before the couple “gradually turned away from each another”. He adds: “My wife went in to quite a profound therapeutic process and I think she discovered or dug up a lot of stuff that had been buried which changed her quite significantly.

“In a very true sense, she stopped being the person I married – and relationships either change their dynamic and evolve or they don’t.

“A lot of the things we meant to each other, there was no longer any space for them. She came out, and she’s gay.

“Bizarrely, by a strange kind of reflective parallelism, both my ex and I joined Guardian Soul Mates at the same time and we both fell in love with women at the same time.

“I think it made it easier as neither of us feels dumped.“

The exhibition may come across as melancholic, but organiser Vistica is keen to point out that it’s as much about celebrating the happy times in a relationship as it is about finding closure. She says: “It’s full of all different kinds of human emotions.

Bad things happen, but that’s life – and it’s rewarding in so much as these are the things that make us change and think about ourselves.”

One thing’s for sure, though, it’s probably not the best place to take a first date.

Royal attractions: five of the best

Ticket to ride: How to best navigate your bike through the streets of Sydney