The Paradise City: V8 car racing at The Gold Coast

Heading up to the Gold Coast for the annual V8 car races, I wanted to pack two bags of grass, seventy-five pellets of mescaline, five sheets of high-powered blotter acid, a saltshaker half-full of cocaine, and a whole galaxy of multicoloured uppers, downers, laughers, screamers… also, a quart of tequila, a quart of rum, a case of beer, a pint of raw ether, and two dozen amyls.

However, knowing security officials at Sydney Airport would greet me with mocking laughter followed by complete disdain and impending arrest, I temporarily restrained my yearning to turn the weekend into a mess of incoherent consciousness. For a few hours at least.

Besides, the booze would be cheaper in Queensland… surely.

Stepping off the plane at Coolangatta and onto the hot tarmac, I could tell this trip was going to be great – a few beautiful days in the sun, a relaxing multi-day bender by the beach, with the dulcet tones of car engines roaring. Perfick.

I am greeted by my buddy, Felipe.

I want you to understand that this man at the wheel is my travel attorney! He’s not just some dingbat I found on the Strip. He’s a foreigner. I think he’s probably Ecuadorian. 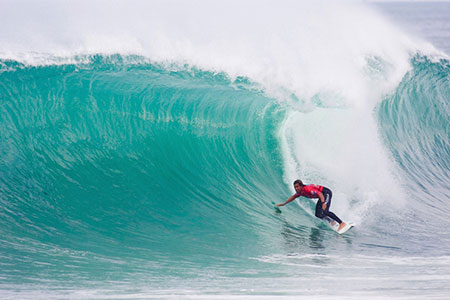 Tearing up the coast from Coolangatta to Surfers Paradise, we knew our trip was different. It was to be a classic affirmation of everything right and true in the Aussie national character; a gross, physical salute to the fantastic possibilities of life in this country.

With time to kill, the Ecuadorian advises we take to the streets around Main Beach. The crowds are starting to show. Retiring to the balcony of the Hard Rock, the evening settles in nicely.

What better way to start the day than with an ocean swim followed by pancakes and hash browns – from here the day’s diet will consist of chips and hot dogs – but mostly alcohol.

With a terrible roar the races began. After the V8s had had their wicked way with the Gold Coast course’s corners, it was time – I felt – for an agonising reappraisal of the whole scene. The race was definitely under way. I had witnessed the start; I was sure of that much. But what now? What else of course – party.

The Gold Coast is famed for its nightlife, so with the help of the Ecuadorian, I was sure we could rustle up an interesting evening. 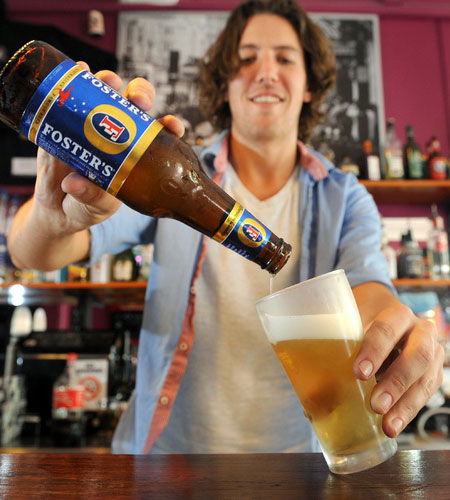 “I hope you’ve got your drinking shoes on!” I yell at him down the phone, as he makes his way to my hostel.

Arriving already somewhat woozy at the evening’s event I attempt to explain the guest list situation to the girl on the door.

“Hi there. My name… ah, Stuart McDowell… on… on that list, that’s for sure. Free lunch, final wisdom, total coverage… why not? I have my attorney with me!” Despite my fumbling we’re ushered in.

At the party I’m pleasantly surprised. Surfers girls sure are a pretty bunch – and it seems half of them are here. Guys, with their half-arsed attempts at dressing up – a collared shirt and jeans (I’m no better) standing alongside some stunning beauties, done up to the nines. Am I complaining? Um… no.
“Turn up the fucking music! My heart feels like an alligator! Volume! Clarity! Bass! We must have bass! What’s wrong with us? Are you goddamn old ladies?” That’s right, you tell those snobby DJs, Ecuadorian! My travel attorney is keen to kick this up a notch, and I agree.

A cute girl dancing by us suggests black Sambuca shots. Shit, that’s a good idea. One whiff of that stuff will turn you into something out of a goddamn medical encyclopedia. Being someone who rarely says no to turning an average night out into a self-deprecating trainwreck, I quickly have a pair on the bar. We exchange pleasantries, perhaps even names, and down shots. Insert downward spiral here.

What follows I can only deduce from brief memories and flashes. I have some recollection of exiting the bar and unsuccessfully attempting to take photos of scantily-clad young ladies out the front of strip clubs.

I meandered home like a lost puppy and struggled to find my hostel room keys, for what seemed like hours. Only to realise that there was no key and the swipe card was in my wallet. Pure genius.