The Top 5 best places to see the Northern Lights

Here’s the science: this year is a period of a solar maximum, which means the sun’s magnetic field is rotating at a faster pace on the solar equator than it is at the solar poles, which creates greater activity than normal. Apparently.

So what does this mean to me and you? Big, exciting displays in the sky, that’s what. The phenomenon can appear as jagged twisting shapes, a billowing blanket of light, a spectacular laser show, or even resemble a pair of headlights – usually in a shade of rave-tastic alien-green, although other colours can materialise (often blue, pinky-purple and orange). It’s
a dumbfounding sight witnessed by few of your fellow earthlings, which is why travellers make the extra effort to seek them out in the most isolated corners of the Arctic Circle.

Finland is an awesome spot for anyone after some aurora borealis action. Get yourself up to Finnish Lapland – particularly Kilpisjarvi in the north-west – for the best chance of catching them. The further away you are from light pollution, the better.
You’ll need a clear, dark night – even a full moon will dull the effects.

Other options in Finland include the Oulanka National Park in the far north. Basecamp Oulanka offers log cabins with saunas and hot tubs (at a price – around £1500 for a week, with flights), and basic huts at the Davvi Arctic Lodge in Karesuando also let you learn about Sami culture (more on the Sami in this week’s issue of TNT) at about £1000 for a week, including flights.

We also like the Kakslauttanen Holiday Village, 80km from the Russian border, where you can view the light show from your bed in a glass igloo. 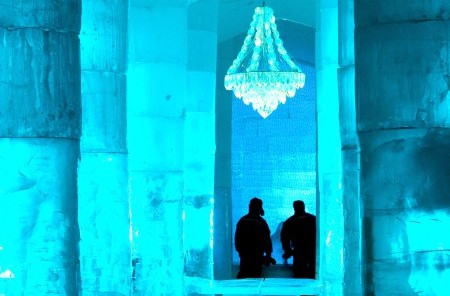 Abisko Mountain Station touts itself as the best place in the world to view the Northern Lights, and visitors have reported “exceptional” displays so far this year.

The sky station is open from December until March, and you can spend the night or head on to the nearby Ice Hotel (pictured) – just in case you’ve not quite had your fill of ice and snow. Wrap up warm and bring your piggy bank – it’s pricey. 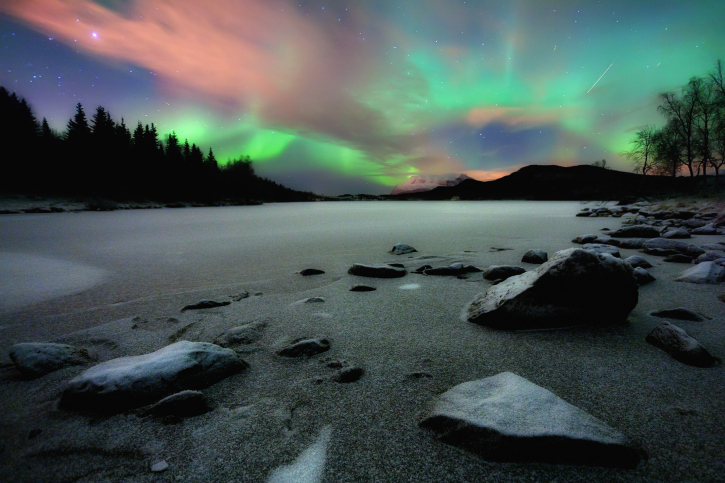 Alaska’s Fairbanks is found within the ‘aurora oval’ where the red, green, blue and violet lights make the most regular appearances.

The best time to make a trip here is from December until March, when the sky is at its clearest. Luckily for you, the unusually active solar shenanigans are set to continue until early 2013, so this is still an option.

At Hotel Ranga in southern Iceland, you can relax and watch the lights from naturally heated outdoor hot tubs, with a backdrop of volcanoes, mountains and glaciers all adding to the wow factor.

Another option is a new trip to a remote fishing village on the Snaefellsnes Peninsula, where you can spend the days spotting killer whales and the nights watching the lights. Iceland Express does some fairly cheap flights, too.

There are plenty of cruises that sail up the country’s spectacular coastline, giving you great views of Norway’s dramatic fjords as well as the aurora borealis far away from the cities.

If you’re looking to save a bob or two, try Tromso – the destination itself is hardly cheap, but a five-hour lights-chasing bus tour with Tromso Adventure can cost as little as £90pp. See our feature at tntmagazine.com/travel for more details on chasing the lights cheaply.

Ballet icon Darcey Bussell to take over from Alesha Dixon