The ultimate guide to summer festivals around the world

Summer means music festivals. And there’s no reason to stay in the UK and risk a washout when you can combine a holiday with some rockin’ festivities in sunnier climes. Here’s our pick of the 14 best fests around the world this season – and what to do when the music stops.

WHERE AND WHEN Nuremberg, Germany, June 1-3.

LINE-UP Be warned that this legendary hard rock festival has sold out, but if there’s any way you can get your hands on tickets, you’re in for metal mayhem. Heavyweights including Metallica, Soundgarden, Motörhead and Anthrax are all on the bill – although, so are Linkin Park (the sound of Savage Garden having a tantrum).

OFF-STAGE Nuremberg might be synonymous with Nazism, but Germany’s second-largest city is also where many National Socialists were tried for their crimes. There are various museums that tell the story of the Nuremberg Trials (Nuremberg Trials Courthouse; Landgericht Nürnberg-Fürth; Dokumentationszentrum) – for light relief, check out the relentless nightlife and ubiquitous dark beer.

WHERE AND WHEN Manchester, Tennessee, US, June 7-10.

OFF-STAGE This huge music and arts fest on a sprawling 700-acre farm would be entertainment enough, but the southern state of Tennesse is a true music fan’s Disneyland. From the Country Music Hall of Fame and Museum in Nashville (hey, Johnny Cash is country) to Elvis’s Graceland in Memphis, it’s a pilgrimage to the very roots of rock ‘n’ roll – best washed down with some good ol’ Southern barbecue and bourbon. 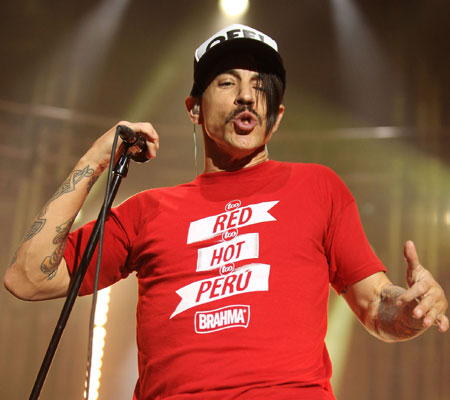 OFF-STAGE Milwaukee probably isn’t top of your list of must-do destinations, but the state of Wisconsin, of which Milwaukee is the largest city, is something of a hidden gem, offering up one of our fave travel combos – outdoor pursuits and top beer. Work off the health hazards of attending the world’s biggest music festival (11 days and 700 bands) by kayaking the colourful sea caves at Apostle Islands, mountain biking in Chequamegon National Forest, and clambering the cliffs of Door County. Then do the damage all over again with a tour of Milwaukee’s myriad brew pubs.

OFF-STAGE Bang in the middle of Barcelona and Madrid, Valencia is perfectly placed for a whistlestop tour of Spain’s mightiest cities. If a beach break is more your thing, just over 100 miles away is Alicante, known for its frenzied nightlife, or see the very worst of what the country has to offer and swing by nearby Benidorm. The latter is a living 18-30s hell – or heaven, depending on your tastes.

WHERE AND WHEN Werchter, Belgium, June 28-July 1.

OFF-STAGE Werchter is just 18 miles from the country’s capital, Brussels. After a charged few days in the moshpit, soak up Brussels’ cafe culture and gorgeous architecture (see Grand Place). Then get an education at the Cantillon Brewery by taking a tour with tastings, before embarking on your own personal tour of the city’s pub scene. 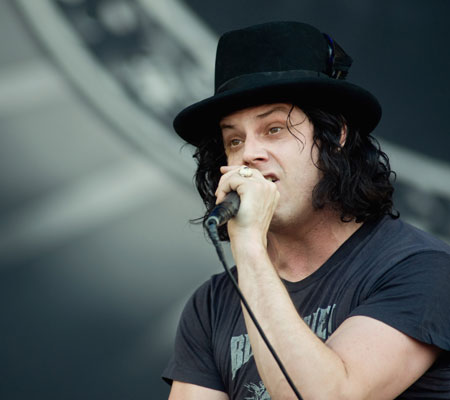 OFF-STAGE Aside from the plethora of laidback bars and cafes, suited to lazily whiling away entire days, Novi Sad is home to ‘the Gibraltar of the Danube’ – the Petrovaradin Citadel. This impressive French-designed fortress on a hill overlooking the river took 88 years to complete, with an estimated 70-80 men killed every day as they strove to build it. If you’ve got time, head to hedonistic Belgrade, where clubs open on barges on the Danube over summer.

WHERE AND WHEN Ferropolis, Germany, July 13-15.

OFF-STAGE At least part of this festival’s appeal is its quirky location, Ferropolis, an open museum of old industrial machinery known as ‘the city of iron’. Loomed over by cranes, the machinery is lit up by colourful lights at night. In addition, Melt! has the good fortune of taking place just 40 miles from Berlin, so you can continue the cutting-edge cool in Europe’s capital of hip. We particularly like cafe/bar Soupanova in Prenzlauer Berg, with its Seventies sofas and trippy orange glow (soupanova.de). 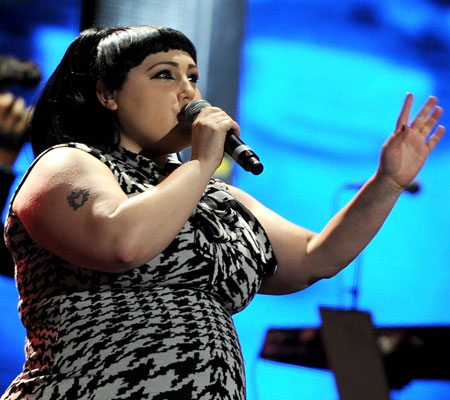 OFF-STAGE Chicago-based indie music webzine Pitchfork – credited with breaking the likes of Arcade Fire, Clap Your Hands Say Yeah and Modest Mouse – launched its annual festival back in 2006 with an ace line-up that included Art Brut and CSS. The three-day fest in the city’s Union Park has continued in the same vein ever since, and makes a great alternative to this summer’s bigger events. Chicago is well worth checking out too. 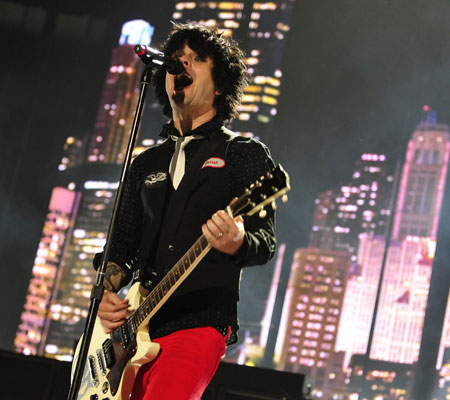 OFF-STAGE Like Reading and Leeds, this festival shares the same line-up on different days at its two locations. Tokyo is an obvious tourist draw, but for an equally frenetic experience, Japan’s third-largest city measures up. There’s a museum built to look like a castle and Universal Studios Japan (essentially a huge theme park); stirring temples and shrines; vast expanses of flashing neon; and a smart nightlife that includes a branch of New York’s Blue Note jazz club.

OFF-STAGE Lollapalooza has always been about bringing together different genres, ever since Jane’s Addiction frontman Perry Farrell booked Nine Inch Nails and Ice-T for his musical carnival. And its home town, Chicago, is a similarly duplicitous beast, where America’s best hot dog and the beginning of molecular gastronomy are both claimed, and fine art rubs up against public works (see The Loop, the city’s central business district that doubles as an open-air museum of sculpture). Add sandy beaches and green parks, and there’s plenty to make up for the weather in the Windy City.

WHERE AND WHEN Naeba Ski Resort, Niigata, Japan,
July 27-30.

OFF-STAGE The ski resort might be closed to powder-riders for the summer, but there’s still plenty to do in Niigata. The capital of the prefecture, Niigata City, is home to more than 100 breweries and a thriving bar scene, as well as what is hailed as some of the best sake in Japan. Nearby Niigata-ken also boasts beaches and hot springs, and Tokyo is two hours away by train (or five-and-a-half by bus). 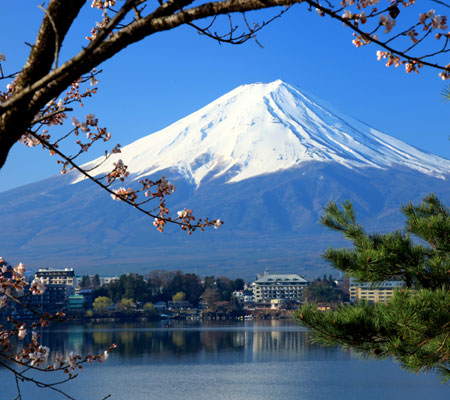 WHERE AND WHEN Helsinki, Finland, August 8-12.

OFF-STAGE Because a festival in a field is just too darned common these days, this Finnish fest is held in the shadow of the smoke stacks of a former power plant. If you find yourself fancying a less industrial setting, try catching the winter sun in Tampere (see P74).

OFF-STAGE The tiny Dalmatian town of Tisno is just across the bay from the Kornati Islands, an archipelago of gorgeous islets, cliffs and coves. Snorkelling, diving and sailing are all available, and you can even arrange to stay with a traditional Kornati family – going olive-picking, sheep-shearing, and fishing for dinner – with tour operators in Murter.

WHERE AND WHEN Black Rock Desert, Nevada, US, August 27-September 3.

LINE-UP There is no scheduled line-up as such – Burning Man is about as far removed from your typical festival as David Cameron is from a scandal-free premiership. Every year, tens of thousands of people gather to create Black Rock City,
a community built on art and self-expression (and no little nudity), where everyone is a participant.

OFF-STAGE Come on, you’re in Nevada. Where else would you go after the unbridled freakery of Burning Man? Besides the casinos, strippers and epic benders of Las Vegas, check out the museum where the old neon signs go to die (neonmuseum.org). 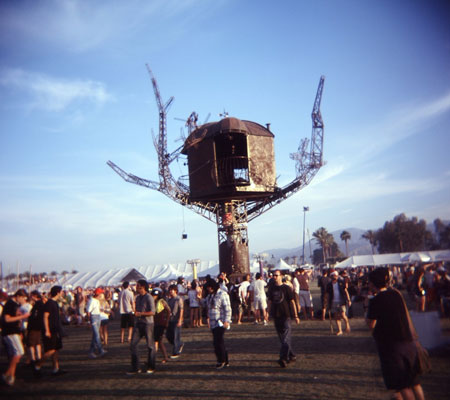 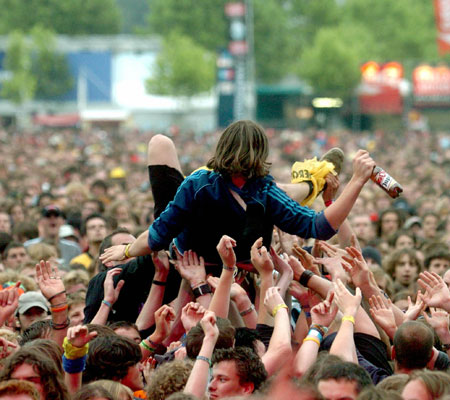 Festivals are meant to be fun, but they can also turn out pretty crap if you don’t follow these simple rules:

DON’T buy your tickets from touts. You could spend hundreds of pounds on a forgery. This will suck when you get refused entry at the gate. Stick to reputable websites and agencies.

DO plan travel to and from the festival in advance. Leaving it too late will likely result in expensive plane/ train tickets or, even worse, none at all.

DON’T forget to take toilet roll, plasters and paracetomol. They will be your best friends.

DO pack lots of plastic bags, in case it rains. The plastic bag is an ingenious survival tool – it protects your bum if you want to sit on wet grass, can be used to line your backpack so your stuff doesn’t get wet, and is a great receptacle for shoving manky clothes in if you don’t want to think about them til you get home.

DON’T ever cook inside your tent. It is a Very Bad Idea.

DO take lots of water with you. It’ll be catastrophically expensive at the festival, and being in the sun all day/ drinking gallons of booze will dehydrate you.

DON’T wear jeans. Denim is not practical festival material. Combat trousers that dry quickly and are dark in colour to hide your sins are best. And pack
lots of layers.

DO agree a meeting point with your mates should you get separated while watching a band. It’s rubbish if you lose everyone for the night.

DON’T forget to check your tent before you leave for the festival. TNT knows a chump who turned up at the festival site, unpacked their tent and discovered they’d forgotten the poles.

Together, the Ibiza homecoming party