The Witcher 2: playing out the Xbox game 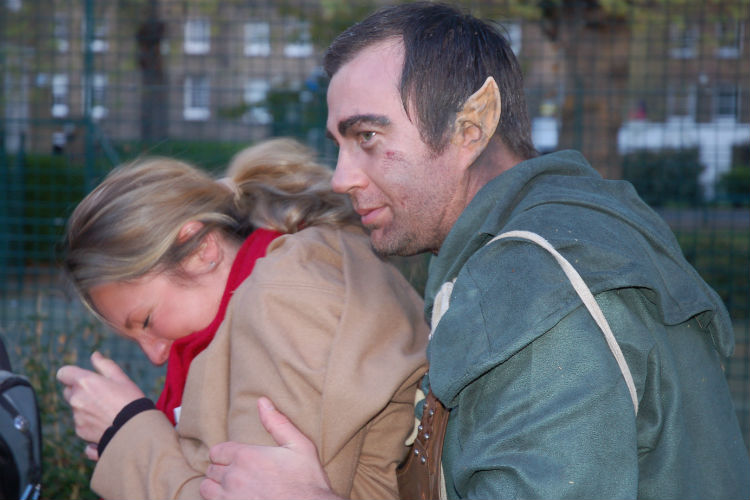 When I found myself in a patch of Shoreditch scrubland in the frightening grip of a thick-set elf, and confronted by a gruesome pack of even more, strangely, I developed an appreciation for video games.

Just minutes earlier, I had been foraging for clues of the elves’ whereabouts in a medieval tavern (disused Shoreditch bar), sipping mead (pear cider) from a pewter mug, dodging desultory wenches, and avoiding a drunkard, who was useless for information, but sprang to life to guide us across Hoxton Square, erm, I mean the battle grounds of Temeria, to aforementioned elves. He furtively produced a flick knife. East London gangs, erm … I mean elves, are not to be messed with.

You see, me and my team of Outlanders had just bore witness to the death of King Foltest. It was all rather unexpected. We sat at his banquet table and listened patiently, if not thoroughly confused, as he boasted about his victory over the evil Scoia’tael rebellion in the kingdom of Temeria. 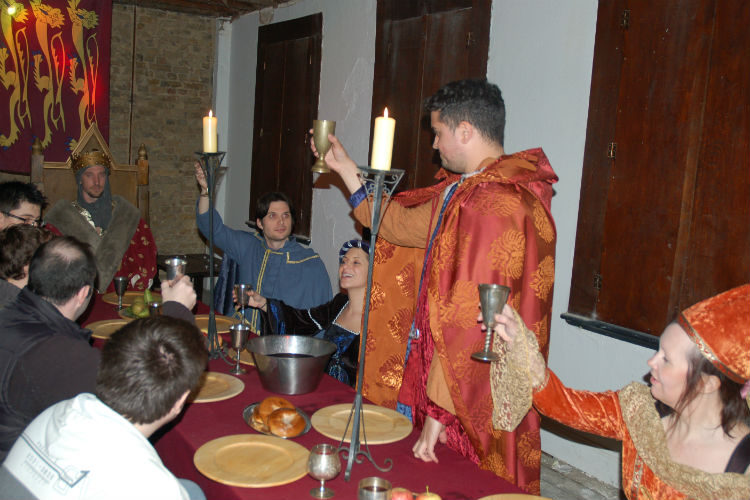 My comrade passed him a goblet of wine (Ribena), and he subsequently died a dramatic death in his chair. The king had been poisoned and here we were, thrust into the heart of a treason plot, the subject of a witchunt.

It was all a whirlwind from there – a blur of drunken rousing in the straw-strewn tavern, and dashes through the Shoreditch cityscape with ragged men in old garb, and spry, pointy-eared stunts (you know you’re in east London when no-one bats an eyelid). We dive into the Prague Inn (an actual Kingsland Road bar) and the Spanish lady behind the bar is either playing a role, or confused by our desperate, breathless pleas to be directed to the man who, we are reliably informed, killed the king. We discover his wife instead, a noble lady, barely clad, and overly seductive. Something tells me my male Outlander friends are not disappointed. 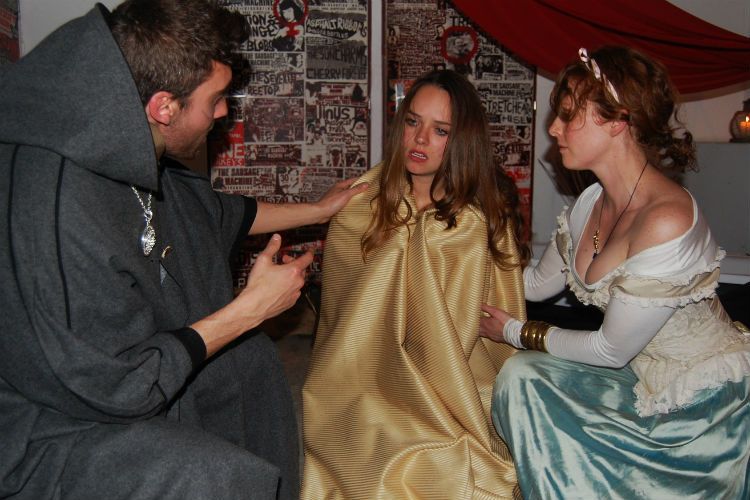 But there’s no time for amorous distractions. We dash back to the tavern, baying for the blood of an evil witcher, who is waiting on the terrace to die – possibly for a fourth time tonight. A sword fight ensues and I do the deed with a knife to his back. Fair play to him, it was as if he’d died his first death. 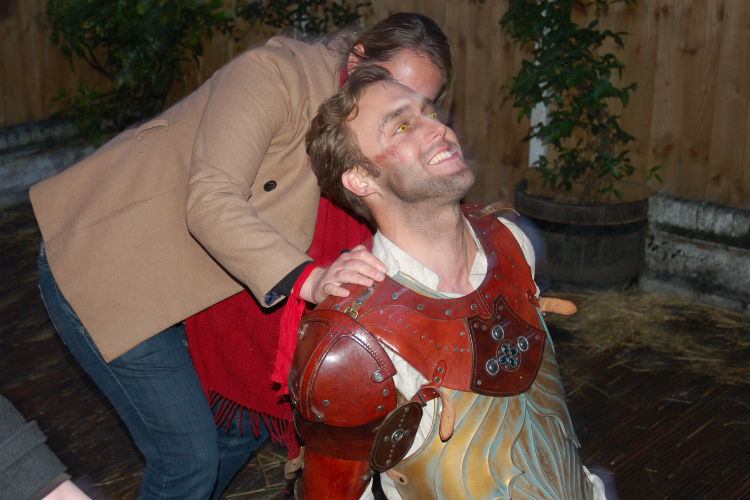 Vindicated, I feast on cheese and wine and agree inwardly that if this is the headspace game-players get to when the remote control is embedded in their palms, then hell, I want to be there, too. The daily grind is far away when you’re engaged in a swordfight with a kingslayer via video game. 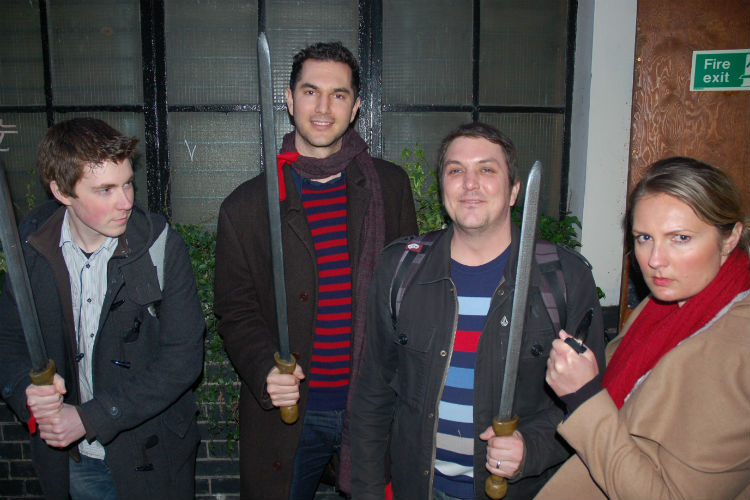 I felt like I’d entered an alternate universe, and it’s a testament to Tom Sawyer, owner of the Tom Sawyer Effect, who duly obliged when asked by Premier PR to organise a pervasive gaming event for the launch of the Xbox edition of Namco & CD Projekt’s The Witcher 2: Assassins of Kings.

The event was set loosely around the characters in the game, and, even if it was slightly anachronistic, an intriguing element was the use of smartphones, loaded with an app developed by Scramboo which presented the narrative and gave direction.

This is the level that entertainment has now reached, Sayer says.

“People are increasingly experiencing life though social media and there’s an increasing level of interactively and playfulness to events such as theatre and parties, but they tend to be 2D. We’re just trying to join the dots, be interactive and playful, and really draw out the narrative.”

Sawyer’s work is a regular feature at Winterwell Festival, where in previous years he has brought board game characters to life, plus Indiana Jones, and Victorian villains.

“We plan these events by thinking of two things: what are popular existing stories and myths people can hold onto easily so they can focus on the game play, rather than having to understand the story, and the second thing is, once you’ve got people’s attention, how do you take them to a deeper level that actually feels true.

“We create a narrative so the further you want to take it, the more you find out.”

Well, I found out who killed Foltest. Now bring on the next challenge.