He’s recently played a Russian prince in War and Peace and can currently be seen as a vicar in Grantchester, but here Norton is Peter, a slightly strange, seemingly gentle Gulf War veteran who isn’t the axe-murderer 44 year-old waitress Agnes momentarily fears he might be when he turns up with her lesbian friend.  He isn’t exactly your run of the mill pickup either, but she’s lonely, often high on booze and coke and he just might offer some protection from her violent, recently released ex-con ex (Alec Newman).

Soon though, he’s being bitten by tiny aphid-like bugs – and so is she. But are they real or are they the product of a disturbed mind rather than the consequence of an army experiment? 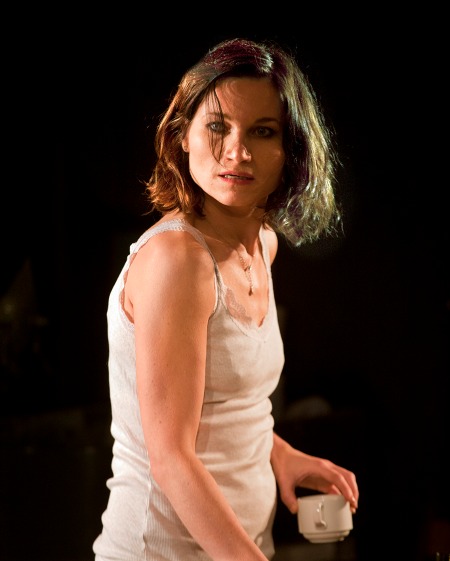 This really isn’t one for the faint-hearted as their bodies become covered in sores and Peter resorts to a pair of pliers to wrench out his own suspect tooth. But the intensity of the performances draws you in – with Kate Fleetwood’s vulnerable, susceptible Agnes still damaged by the disappearance of her young son a decade ago and Norton disintegrating in a growing maelstrom of persuasive paranoia in this appropriately claustrophobic space.

NZIFF 2013: Our pick of the best films at this year’s New Zealand International Film Festival