…in a London hotel. It worked – not just because of the quality of the writing but also because the setting suited the situations perfectly.Aussie playwright Ben Ellis may have beaten off the competition and won the commission to write three new site specific playlets celebrating the 150th anniversary of the Langham Hotel, but his trilogy just can’t compete. 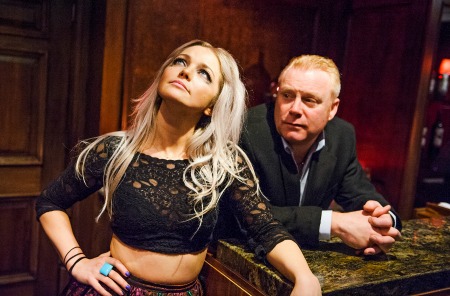 A pleasant member of staff  guides us up and down, via lift or staircase, to the three spaces where the mini dramas unfold, but the link between them is tenuous. First stop is the Barouche downstairs where, in the present day, pop diva Jade (played by ex  S Club 7 singer Hannah Spearritt), her fans waiting,  has decided not to make a comeback appearance after all despite her manager’s entreaties.Then it’s up to a third floor room where (in the dramatically most successful episode, set in 1973 when the BBC occupied the hotel) we are in uncomfortably close proximity to Vietnam vet. Peter (Simon Darwen) and his wife Eloise (Siobhan Harrison) as they try to save their marriage before a business broadcast. 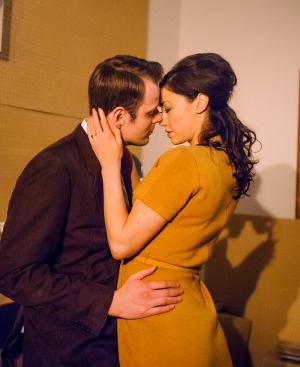 Finally we head up to a plant-strewn, atmospherically candlelit 7th floor suite where, in 1871, an exiled Napoleon III is losing his wits – but not his devoted wife, Eugenie – as, dipping a butter knife in the inkpot, he tries to record his history.

It’s all over in 90 minutes, and you can visit the bar afterwards – but overall the content fails to fulfil the potential of a promising concept.

Nelson out, Turnbull in for opposition