Studies into the effects of cigarettes on a smoker’s health have been carried out for decades, and depending on the one you read it’s widely believed each cigarette takes away anywhere from 5 to 20 minutes of your life.

It’s an imprecise prediction of your curtailed future with outliers and statistical glitches. Tragically, some non-smokers die of lung cancer at the age of 30. And then there’s the polar opposite – those aged people in their 100s who are asked about their secret of longevity by an earnest young newspaper reporter, and reply by mentioning that they’ve smoked and drank whisky every day for 80 years. 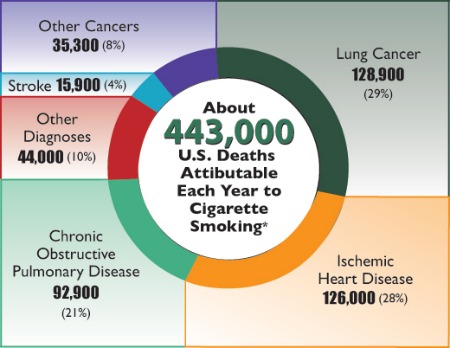 Each cigarette contains more than 5,000 chemicals such as nicotine, carbon monoxide, ammonia, tar and even arsenic and DDT. The tobacco in cigarettes is responsible for the deaths of 480,000 Americans every year. So it also seems improbable that replacing those cancer-causing packets with vape versions which are far lower on chemicals, don’t even actually use smoke and give the option of zero nicotine must be healthier. Surely….

The ‘answer’, or at least some of the answers identified in scientific studies around the world, may surprise and horrify you. That’s because it’s a decade since vaporisers and e-cigarettes went on the market but their health benefits are still debated.

Indeed, a growing number of campaigners and anti-tobacco activists are embracing data that suggests that vaping, far from being a sanitised and safer version of smoking, is actually a worse alternative.

In January a study at Portland State University was released in the pages of the New England Journal of Medicine, and analysed and scrutinised by the US media. NBC.com went with the chilling title “Before you vape: High Levels of Formaldehyde hidden in E-cigs,” which probably gives the best one-line overview of the NBC angle of the paper.

In the research scientists tested the levels of vapour produced by e-cigarettes at various low to high voltages, and there were no issues discovered in the lower scales. In the higher voltage tests they found traces of the carcinogen formaldehyde, which has been linked to several cancers and leukaemia. Those traces were enough to formulate a conclusion that someone using a high voltage vaporiser was anywhere between five and 15 times more likely to get cancer than a long-term smoker.

That also raises another issue: if it’s the case that the vapour is an issue, then ‘passive vapers’ should surely be wary as well. The World Health Organisation reinforced the message from the ScienceNews paper and stated that it believes e-cigarettes should not be used indoors. Neither, it believes, should under-18s be allowed to buy them. Vending machines, it concludes, should be removed from almost all locations.

So is this the beginning of the end for vaping? Not quite. Firstly, the study has been criticised for creating ‘false’ conclusions. Columnist Joe Nocera of The New York Times points out that in reality no-one vapes at the high voltage used in the study because the taste is disgusting. One of the authors said of the media hubbub: “It is exceedingly frustrating to me that we are being associated with saying that e-cigarettes are more dangerous than cigarettes. That is a fact not in evidence.”

Secondly, there may be a groundswell of support for the idea of actually wanting e-cigarettes to fail. If that sounds implausible, take a look at this op-ed from Steve Forbes of Forbes Magazine. He condemns public officials who he believes are deliberately critical of any attempt to substitute smoking for something else, and think that e-cigs lead to smoking when the reality is the reverse. Meanwhile, teen smoking has halved since the creation of e-cigarettes.

Thirdly, the e-cigarette market is the Wild West of healthcare. An unregulated, lawless state where wannabe scientists can create e-liquids in their own basement, providing they have access to propylene glycol, vegetable glycerine, food flavourings and nicotine.

Thankfully, companies such as EL-Science and Phoenix Electronic Cigarettes are rigorous in their testing of e-liquids. Qualified chemists use state-of-the-art GC-MS technology to confirm nicotine concentration, as well as the presence or absence of unwanted compounds, such as diacetyl, acetyl propionyl and acetoin. These powerful instruments are capable of separating out complex mixtures into their individual components and providing identification of the compounds present, as well as quantification (i.e. how much of the compound is present in the mixture).

Until some form of regulation is enforced, and until parents and new smokers realise the dangers of the new e-cigarette world, accidents will continue to occur and these will be the tales that grab the headlines even though they are scarce.

And finally, there’s the wealth of data that shows that people are dropping smoking for good by moving on to vaping. For example, the Montreal Chest Institute found in a study that 43 per cent of smokers who switched to vaping had still quit from 3 months to a year later. Compare that to other studies that consistently find that 75% of smokers want to give up, but less than a tenth succeed unaided. The same is true with what’s happening in Canada where some people are really looking for ways to combat the habit of smoking. Fortunately, there is the Vaporizer Superstore Canada which provides the tool to gradually forsake the habit..

Where does this leave the e-cig market? There are winners and losers and they will continue to push forward their case while doubt remains over potentially swapping one form of poison for another. Giants such as GlaxoSmithKline have backed out of wading into the e-cig market, even though sales of their nicotine patches and gum are falling. Chief executive Andrew Witty told the Guardian that e-cigarettes were “too controversial” to explore further.

There’s another thorny issue of comparing the health virtues of cigarettes and e-cigarettes; what happens in a location such as New Orleans where moves are afoot to ban cigarettes in the city? Should vaping be included in the ban? What happens to those who have given up tobacco and now report far better health? Will they now have to give up completely? Lumping the two activities together into a potential ban would causes pressures from all sides according to Nola.com, from activists and vape tradesmen who believe the move will crush their businesses, to health organisations such as the American Heart Association which refuses to bring conferences to the city unless smoking is banned.

Frankly, one can pose the question of vaping safety as long as one likes, but until long-term studies are carried out into the effect of vaping – and too much rests on the industry for these studies not to occur – then we are all guessing. Tighter regulation will be introduced in 2016 and a British standard is being produced now, to which companies such as EL Science contributed by submitting a number of improvements regarding the recommended analytical procedures, techniques and threshold limits. Once that testing is completed, perhaps the lingering doubts will go up in smoke.