Based on the popular 2003 film, this festive musical boasts a handful of decent, if not particularly memorable, songs – though a septet of singing Santas in a Chinese restaurant hit the mark. And Superstar TV talent show winner Ben Forster makes a confident, exuberant Buddy, irrepressible in his vibrant green outfit and curly-toed boots as he bounds about trying to resurrect the spirit of Christmas and get the girl (in the shape of former Girls Aloud singer Kimberley Walsh’s cynical Jovie). 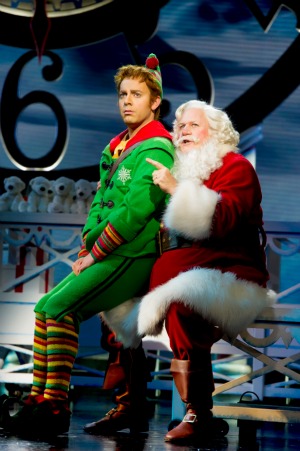 It’s prettily packaged (if rather old-fashioned) and passes the time pleasantly enough until the final minutes when Santa’s sleigh really does seem to fly – and  might, briefly, make you forget just how much you’ve had to fork out for a ticket.

But if you want to catch moments of real magic, head off to the Spiegeltent on the Southbank where La Soirée is back for another winter season and the unexpected highlight of a consistently stunning evening involves little more than pipe smoke and bubbles. Sadly, it’s not one for youngsters, though, as the rest of this international mix of cabaret and circus is a smorgasbord of bare flesh and innuendo. 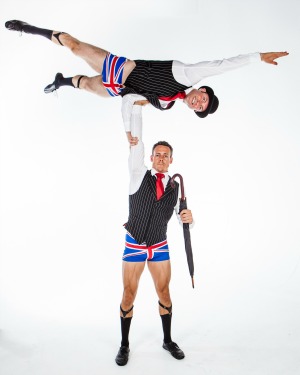 The English Gents (Denis Lock and Hamish McCann), initially formal in bowler hats and pinstripe suits, Financial Times in hand, strip to their union jack boxers in a phenomenal display of strength, balance and control. They’re back, solo, after the interval – McCann to perform a sexily stylish, jaw-dropping pole act; heavily muscled strongman Lock – the surprise of the night – to blow those delicate bubbles which brought the whole audience to its feet. 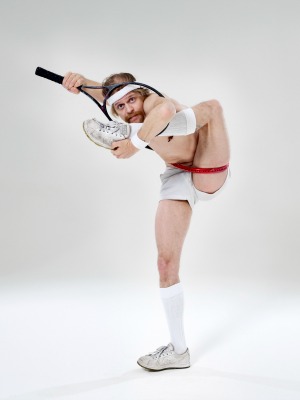 Then, among others,  there’s double-jointed contortionist Captain Frodo whose nipple bars make you wince even before he dislocates his shoulder to push his entire body through a couple of tennis racquets. Leering Aussie Asher Treleaven sees smut in everything – even a diabolo routine, whilst  Mario Queen of the Circus surfs the crowd in skin-tight leather, and quirky comedienne Mooky ensures that at least one member of the audience has a night he’ll never forget.

Seriously, cheekily adult, it all makes for a great night out – but it’s the ephemeral bubbles that steal the show. Just go.

Get your jerseys ready…

3 Reasons to Become a Photographer

4 ways to spend Christmas in London