This is Naples in 48 hours: ancient artifacts, hedonistic night clubs and the best pizza in the world

10:00 Begin your wanderings in Centro Storico, Naples’ historic centre, which dates back to ancient Roman times.

Here, you’ll discover the city’s most handsome attractions, including religious complex Santa Chiara, known for its monastery, tombs and archaeological museum, and the beautiful churches of Gesu Nuovo and San Lorenzo.

11:30 Make sure you visit the Piazzetta Nilo to gawk at the statue of the Lactating Man.Rumour has it the Greek statue was unearthed, sans head, in the 12th century, but its 17th-century restorer popped the bonce of a bearded man on top, ignoring the rather obvious fact the body is that of a female nursing a baby.

13:00 If that odd sight didn’t curb your appetite, L.U.I.S.E (Piazza dei Martiri 68) is a decent little deli where you can grab local fare to go (breads, meats, cheeses) or dine on the likes of gnocchi and risotto in the back. Meals from £12. 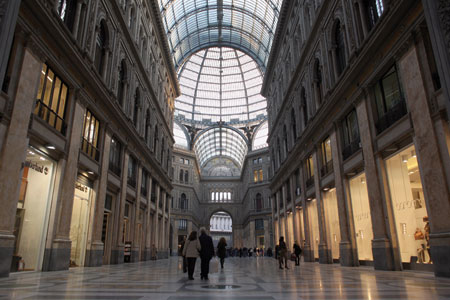 14:00 The National Archaeological Museum (Piazza Museo Nazionale, 19) houses one of the world’s most impressive collections of Greek and Roman artifacts, excavated from sites in Pompeii, Herculaneum and Stabiae. Stop off at the museum’s not-so-secret ‘Secret Cabinet’ and look through the collection of ancient Roman erotica.

17:00 With a big night still ahead, get caffeinated at Caffe Mexico (Piazza Dante 86). Take your coffee like a local: a short, strong and black espresso.

19:00 Naples is the holy grail for pizza lovers and there’s an overwhelming choice of pizzerias to eat at. A steady row of locals lined out the door tends to be a sure sign that the nosh is top notch. We recommend Di Matteo (94 Via dei Tribunali) for its cheap-as-chips creations that keep Neapolitans coming back for more. 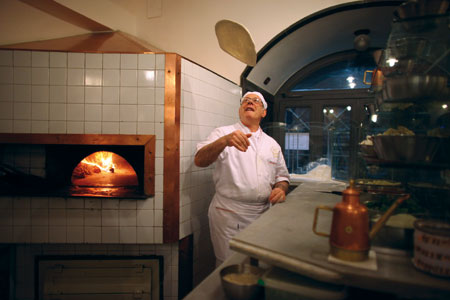 20:00 Rather pricey, but certainly an experience you won’t forget, take in a show at the opulent Teatro di San Carlo, the oldest working opera house in Europe. Designed in 1621 and rebuilt in 1816 following a fire, the interiors are a sight to behold – red and gold decor with a lavishly painted ceiling.

22:00 That’s enough culture. Reward your efforts with cocktails at the stylish S’move (Vico dei Sospiri, 10) and get your groove on with a live DJ set.

23:00 Madison Street (Via Sgambati 47) is Naples’ biggest and most popular night club, pumping out chart and dance music to a young and hedonistic crowd. We hear Thursdays and Saturdays are the busiest if you’re out to make some new friends. 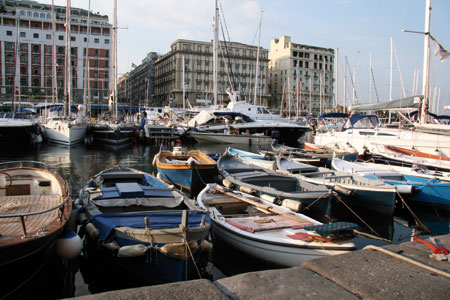 11:00 Join the locals for a Sunday stroll along the seafront at Via Caracciolo, a picturesque pedestrianised street beginning at Santa Lucia and ending at Mergellina.

With the fresh sea breeze, the sun on your skin, and the sight of couples linked arm in arm, slurping on sweet gelato, there’s really no better way to start the day.

13:00 Wander into Galleria Umberto, opposite the Teatro di San Carlo, to see one of the grandest interiors in all of Italy. Near-doppelganger of the Galleria Vittorio Emanuele in Milan, its glass-roofed arcade and mosaic floor are the height of 18th-century style. 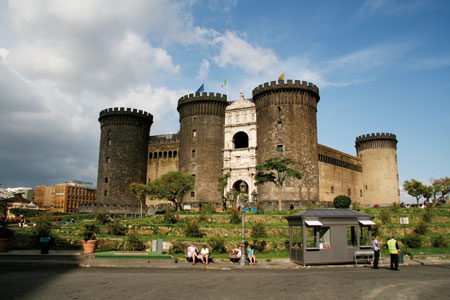 15:00 Renowned chocolatier Gay-Odin serves up the best sinful treats in all of Naples. Don’t be deterred by the line out the door – the service is quick and the mind-blowing chocolate is definitely worth the wait. Gay-odin also does a delicious line in gelato.

16:00 The small port of Borgo Marinaro is where the Greeks first settled the city in the 7th century BC. It’s an idyllic setting in which to unwind with a cocktail or glass of wine, as you watch the bobbing boats in the ocean near majestic 11th-century castle Castel dell’Ovo, Naples’ oldest.

Legend has it that Borgo Marinaro is where the siren Partenope washed up on the shore after failing to woo Ulysses with her song. 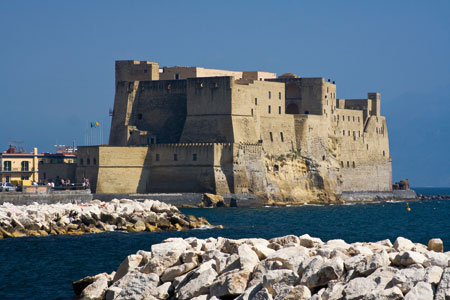 18:00 Enjoy fresh seafood on the beachfront at Ciro al Borgo Marinaro where, although not cheap, service is faultless and the ocean view spectacular.

21:00 End your weekend by toasting the city with its cheapest glass (well, plastic cup) of wine, found at A Pigna d’Uvao (Vico Lungo Teatro Nuovo 31). Don’t expect to pay more than £1 for a cup.

Fly direct from London to Naples from about £209 return with easyjet
More info on Naples at visitnaplesitaly.com