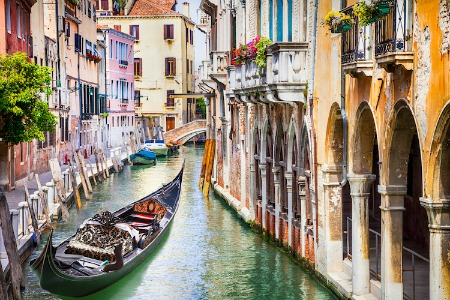 Venice doesn’t adhere to the typical tropes of a summer holiday destination yet, in spite of this, Venice sees most of its visitors during the summer months, and the peak season sees this compact little city almost suffocated by swarms of visitors. Winter, however, sees the streets of Venice transformed…
A city of life, beauty and culture, all the most treasured aspects of Venice are available or even enhanced upon to coming of the colder months. The first thing you’ll notice is the lack of other visitors heading out into the city alongside you. The fewer numbers of people on the streets makes for a more personal encounter with Venice. You can enjoy a gondola ride around the famous canals without bumping into a thousand other people having the same idea, you walk through St Mark’s square, appreciating its architectural brilliance without rubbing shoulders with strangers and you can walk straight into the legendary Basilica of San Marco, which in the summer months experiences queues like those at the Statue of Liberty. If you’ve ever visited Venice before, you’ll find yourself falling deeper in love with all your favourite places, such is the way the disappearance of crowds allows you to connect with the city.
It is this time of year that Venice is reclaimed by her residents. The majority of the people you bump into while exploring the city will be Venetians going about their daily lives. Winter allows for the purest experience of culture, also true Italian life oozes from walls and bubbles up out of the waters. All the shops, restaurants, markets and entertainment venues have reverted back to their natural state, they are no longer catering to foreigners, but living and breathing their own way of life. Venice in the winter is a peaceful, magical place, made even more so by the gentle mists that roll over her canals in the mornings. If you’ve ever wanted to see and experience the legendary city of Venice – and not a watered down, tourist-trap version of it – then winter is the time to do it. 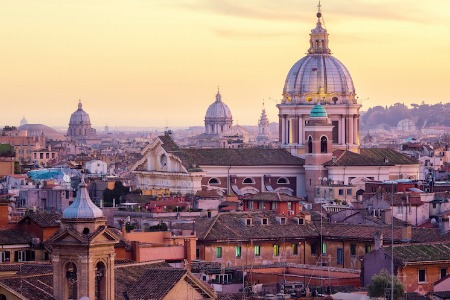 Much like Venice, Rome is a city plagued by high visitor numbers during the summer. Home to one of the seven wonders of the (medieval) world, the Colosseum, along with a host of other architectural marvels, the Italian capital is alive with culture and architectural beauty, attracting scores of people from across the globe. During the winter season, all these marvels still stand  in all their majesty, yet the hustle and bustle of the summer crowds have been replaced with a quiet, more elegant and refined affair.
Besides having to fight through hordes of people, a summer getaway to Rome is also made more difficult by the sweltering heat the city often has to endure. Temperatures can climb as high as 30’C in July and August which, while perfect for relaxing on the beach, makes exploring an open and sun-soaked city exhausting. Winter, however, sees the dispersal of the hot and sticky malaise that comes with viewing ancient monuments in the heat of a summer’s day, allowing you to better immerse yourself in the sights and sounds of the city, unencumbered by the heat of the sun bearing down on you. While the weather out in Rome is warmer than back in old Blighty – rarely dropping below 10’C, even at it’s coldest – you’ll still find that if you wake up early enough, you can catch a glimpse of a cold and crisp frost-touched city. 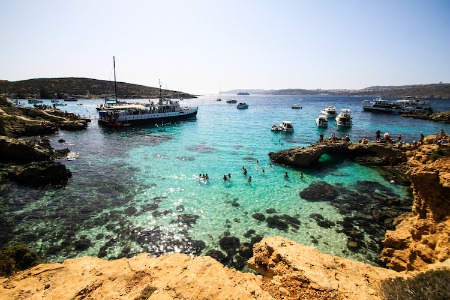 Malta rarely sees the harshness of winter, the sun never truly leaving its shores. Comfortable 20C afternoons a regular occurrence during January, with temperatures climbing even higher in February. This makes Malta the perfect winter sun getaway, with a dip in visitor numbers resulting bars, restaurants and entertainment venues lowering their already reasonable prices while the still beaches remain stunning — with soft sand and striking azure blue waters.
Malta is more than just an island for building up a tan during the winter months, however, and instead hosts a sea of opportunities and experiences for visitors. A marriage of Maltese tradition and a collection of influences garnered from the islands varying occupying nations over the years, the food on found on Malta is truly unique – often featuring classic Mediterranean and English dishes with their own twist. Lovers of seafood must try the island’s famous fish pie. If you’d rather dive with the fishes than eat them, the waters around Malta offer up an eclectic variety of underwater worlds, from reefs and wrecks to lagoons and cave networks. The waters are calmest during the late winter, making it the best time to dive around the island.

Don’t live in the past England

Where you should be spending New Year’s Eve this year

Russian Winter Olympics in Sochi 2014: Ten amazing facts about the most expensive Games ever