While the new Spice Girls musical from Jennifer Saunders, Viva Forever, is one of the tentpoles of the winter musical calendar, seats for you and a Nineties-loving partner can set you back the best part of £100.

The Bodyguard sees Whitney and Kevin’s 1993 mega-hit take to the stage, but for the best seats in town you need a pop star’s salary.

There are excellent alternatives, however, if you venture off the West End to London’s myriad theatre pubs, which are gearing up for the festive season with a wealth of more offbeat and affordable productions.

“People are learning you don’t need to spend £60 on a show to witness something special,” says Nicholas Thompson, artistic director at Islington 60-seater the Old Red Lion.

“Off West End venues offer some exceptional theatre and coming [here] can be as normal as going out for a drink or to the cinema. 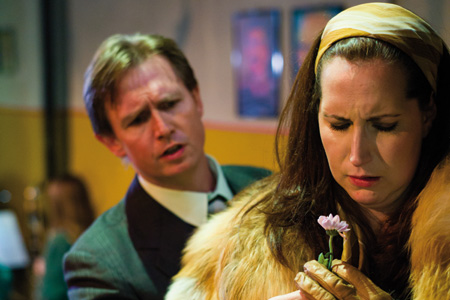 “You can pop upstairs and watch an amazing performance, then grab a pint downstairs – it’s enjoyable and unpretentious.”

Among the advantages of the smaller venues is their intimacy and scope to show a greater variety of works.

The Old Red Lion has the deliciously subversive Murder Before Christmas coming up, best described as a play-within-a-play, festive whodunnit comedy. Tickets are just £10.

“And we also have Writers Block – Christmas Special, a showcase of new writers inspired by all things Christmas,” Thompson says.

“And look out for an amazing sketch group joining us for a night after their very successful Edinburgh festival show, Beasts.”

Smaller venues and theatre pubs can also benefit from their independence from the movies-as-stage-show cycle.

“There’s more risk-taking in the work we can do, and more new work, which is the future of British theatre,” King’s Head Theatre’s Aussie-born artistic director Adam Spreadbury-Maher says. 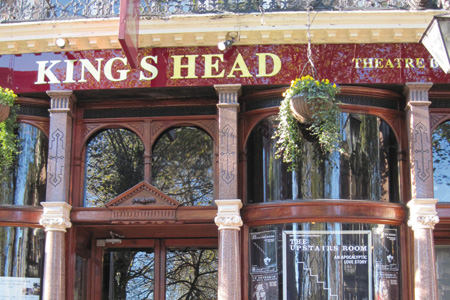 The 118-seat King’s Head was the first theatre pub to open in London in 1970 and has 50 West End and Broadway transfers under its belt.

As well as its famed Opera Up Close productions, great for those not sure if the fat lady singing is for them, upcoming shows include Shakespeare classic Hamlet (Dec 17, tickets only £5) and a new musical, Quasimodo, in the new year.

”It’s by Lionel Bart, who wrote Oliver, and it’s the world premiere of his version of The Hunchback Of Notre Dame,” Spreadbury-Maher enthuses.

And what else is great about London’s Off West End combined pub and theatre venues? “You can take your pints in with you – in a glass,” he says. We’ll drink to that.

Californian forest shut after squirrel discovered with the plague

Having A Quiet Snooze