Tintin and the silver screen

Tintin, Hergé's boy reporter returns to cinemas this year. But what lies behind his enduring appeal?

Tintin, with his plus-fours and peculiar little quiff, sweat beading on his brow as he rushes from one fraught situation to the next, will attain a new measure of ubiquity in December, when Secret of the Unicorn hits cinemas in all ?its animated 3D glory.

Directed by Steven Spielberg and produced by Peter Jackson, the film will introduce a new generation to Tintin, while inducing pangs of nostalgia in those already familiar with his adventures.

English journalist Michael Farr is the world’s foremost ‘Tintinologist’, having written extensively on the subject. And, according to Farr, Tintin’s timeless appeal  owes to the insatiable curiosity and attention to detail of Hergé, his creator.

“I met Hergé – I interviewed him and got to know him,” Farr says. “He was in his 70s but still had a very young mind. One of the first things he asked – I was in my 20s – was what I thought of Pink Floyd.

“He had universal interest and I think that explains the quality of the books. I’ve written quite a few books about Tintin and Hergé but I think everyone who likes Tintin is a Tintinologist.”

Farr developed such a close relationship with Hergé – aka Georges Remi – that he was permitted access to his personal files after he passed away in 1984.

“Hergé was the worst interview I’ve ever done,” Farr recalls of their first meeting. “Whenever you asked him a question, he would turn it around and ask you a question in return.

He would have liked to have been a journalist himself and that’s why he created Tintin.” This inquiring mind allowed Hergé to recreate the real world in scrupulous, mind-boggling detail.

“When Tintin goes to Egypt and sees the Pyramids,” Farr explains, “I gave those books to a friend who’s an Egyptologist and she came back and said all the detail is spot-on, all the hieroglyphics.” 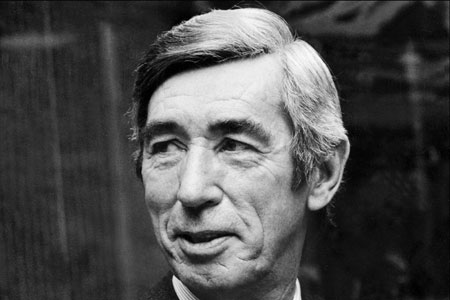 Hergé’s commitment to realism extended also to politics and technology.

“Tintin’s adventures reflect the current affairs of the time,” Farr says. “The Blue Lotus, which touches on Japan’s aggression in Hong Kong, anticipates Pearl Harbour. And when Tintin lands on the moon, 16 years before Neil Armstrong, the scientific detail is all very accurate.”

In Hergé’s personal files, Farr came across reams of background research, which led him to believe that Tintin’s next adventure would have been to Australia.

“More than 90 per cent of the material was background information – a lot of what people would wear, or copies of airline tickets to make sure it would be accurate if Tintin caught a plane,” Farr says. “And I found two bulging files ?on Australia. He was fascinated by Australian Aborigines, their art, customs and their way of life.”

Farr’s theory takes in the fact that, in his final adventure, Flight 714, Tintin is on a flight to Sydney, before being waylaid; the adventure ends with Tintin reboarding his flight. Also, Hergé was fascinated by indigenous cultures – native Americans featured in an earlier adventure – so a visit to Australia, with Tintin as his proxy, would have held obvious appeal.

“I believe he was on his way to do something about the mineral exploitation of Aboriginals’ land in Australia,” Farr says. “All the elements sort of fit together there. Tintin was a real globetrotter and Australia remains a corner he hadn’t been to.” 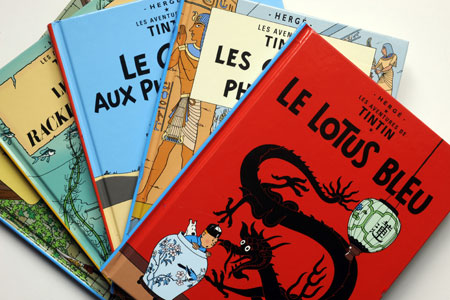 30 years in the making

After earlier adaptations of his work proved underwhelming, Hergé began ?to question whether his material lent itself to reworking on film. But, late in life, he became a great fan of Steven Spielberg.

Spielberg had in fact scheduled a meeting with Hergé in the early part of 1984, but the meeting was delayed and Hergé died soon after. Still, Spielberg bought the film rights to Tintin, but allowed them to lapse when he felt the technology did not exist to do Tintin justice, only to buy them again in 2002.

“I found that Hergé made a note saying that ‘if anyone can bring Tintin to film, then it’s this young American director’,” Farr recalls. “I have some confidence in Spielberg – he’s serious about the subject matter and it won’t be mucked about.”

Whether Spielberg’s vision chimes with Tintinologists’ remains to be seen, but Farr believes Hergé would have approved.

“Hergé would be a great critic but also the greatest fan,” Farr says. “He would be the first to encourage it if done well, and that should apply to all Tintin enthusiasts.”

» A new edition of Tintin: The Complete Companion, by Michael Farr, will be released in August.