Tips for the design industry

But don’t give up before you’ve started – from web design and development to print marketing and page layout, there are enough avenues to cater for all skills and needs. Here, we speak to three industry experts.

Jon Dawkins, 27, a web developer and designer for creative digital marketing company, Plus Two, says the industry has changed massively in the past five years. “When I first started you were really restricted what you could do on the web,” he says.

“The digital side has just exploded and social media has gone massive on the marketing side. Facebook, Twitter, Foursquare, Google and SEOs have all had an impact.

“Marketing has switched with that because everyone is looking to see what they can do online. You see a lot less direct-to-door mail marketing than you used to.”

Dawkins completed a BA honours in graphic design in 2005 with modules on multi-media for flash and html.

After working as a web designer for five years, he recently made the switch to the development side of the web. He calls it a natural career progression for anyone who works in a small to medium-sized company, adding: “You’ve got to work across media instead of getting stuck in a niche.” 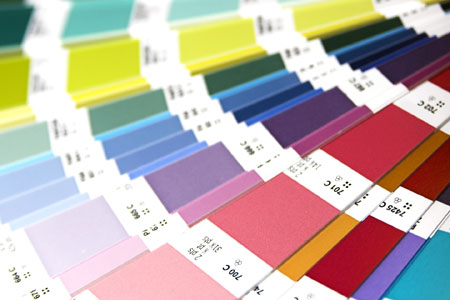 When Lynne Eve, of design-jam.co.uk, started out in web design in 1996, she never dreamed she would one day be producing celebrity biographies for ?the likes of Girls Aloud and Hollyoaks.

“I’ve been quite lucky in that I’ve always had good work and exciting clients; I’ve never had to do much boring stuff and I have quite a lot of experience in different disciplines within design,” says Eve, who is self-employed and lives in Streatham.

Eve, 34, graduated in graphic design then made the switch from web to print after landing a job at an agency in Canary Wharf designing brochures.

She says: “Print design hasn’t changed much in terms of how you ?o it, but it has changed in how you present it on the web. 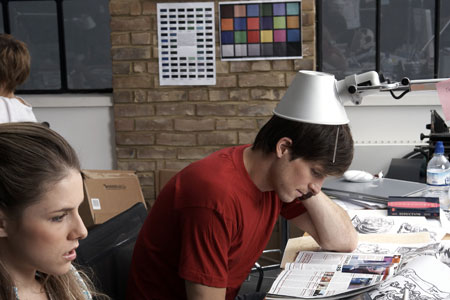 In today’s climate, Eve advises focusing on either being a print or web designer to make sure you “keep up” with changing trends.

“When I started out, Flash was the big thing, now it’s all about apps, social media – and everyone wants to build the next Facebook.”

Toby Thwaites, MD at Purple, a consultancy placing candidates in leading advertising and digital agencies such as Saatchi & Saatchi and Razorfish, advises to keep your skills up-to-date.

“Flash is still important as are  Photoshop, InDesign and Illustrator,” he says, adding the biggest shift in digital marketing in recent years, apart from the demand for apps and social media, is the way print media has been influenced by ?the internet.

Employers are now looking for candidates who have a blend of offline and online experience. “Where companies were once 100 per cent offline, there’s a big shift with a lot of their incomes now coming from online,” he adds.
”They’re looking for hybrid people.”

Given design is such a sought-after career, competition for roles must be fierce. But while the going might be tough for graduates, Thwaites says there are some sectors of the market that are quite buoyant.

“There’s a shortage of people who have got previous experience – people who can demonstrate that they can produce commercial work quickly,” he says.

So how can you stand out? ?“You’ve got ?to keep up with the trends and think of new ways to come up with strategies.”

Video: Russian kids do the craziest things – like climbing this absurdly tall bridge for fun