TNT thought what better time to have a chat to one of their biggest legends – in both senses – Manu Vatuvei, who was there when the Kiwis got one over the Kangaroos in 2008.

We asked him how he’s enjoyed his time in the UK and what we can expect from the Kangaroos likely final competition ahead of his side’s clash with England on Saturday at Wembley in London.

Manu, can you give us a players take on the World Cup so far – it’s been a bit good, right?

It’s been awesome, all aspects of it. We’ve really appreciated all the support we’ve been having and all the games have been pretty much sell outs, which is incredible. Even though we’re in a different country, they support us no matter what.

Is it fair to say everything is going to plan for New Zealand, with some strong performance in attack (your hat-trick against Samoa of course) and defence (beating France to nil)?

Yeah, for sure, everything is going to plan, but we’ve got to look at it as we’ve got a job to do every week. And it’s different teams every time, so once we get to the end – the end of the final hopefully – we’ll know if we’ve done the job.

Does it feel like New Zealand’s slipping under the radar a little despite being the defending champions?

Even though it’s a World Cup, because rugby league isn’t as big as it is in Oz or NZ here you guys could get away with more over here?

For sure, especially when you’ve Sonny [Bill Williams] on the side He takes all the attention and that’s a bit better for us. We can just walk around and everything. It’s a good country but nothing’s better than home.

Have you had a chance to enjoy yourself a bit during your time in England?

Yeah we’ve been walking around Leeds, and Liverpool and Doncaster, stuff like that, so we got to get a feel of different places and do a bit of shopping for the family, so everything’s good there. Hopefully they’ll be happy with what we take home.

Just in time for Christmas. Back to footy, you’ve landed England in the semi-finals and Australia have Fiji, who they’ve already beaten heavily. Do you think it’s an advantage or disadvantage to be getting the tougher of the two semis and that the Aussies won’t have faced top opposition since their first match against England if they make the final?

Well England are dangerous, so we’re not thinking past this weekend. They’ve got a big team now, they’re a good team and they gave Australia a tough game, so they’re both teams we can’t take lightly. It will be tougher for us, I think but it’ll be good too. We’re gonna get a feel for it coming into the finals. 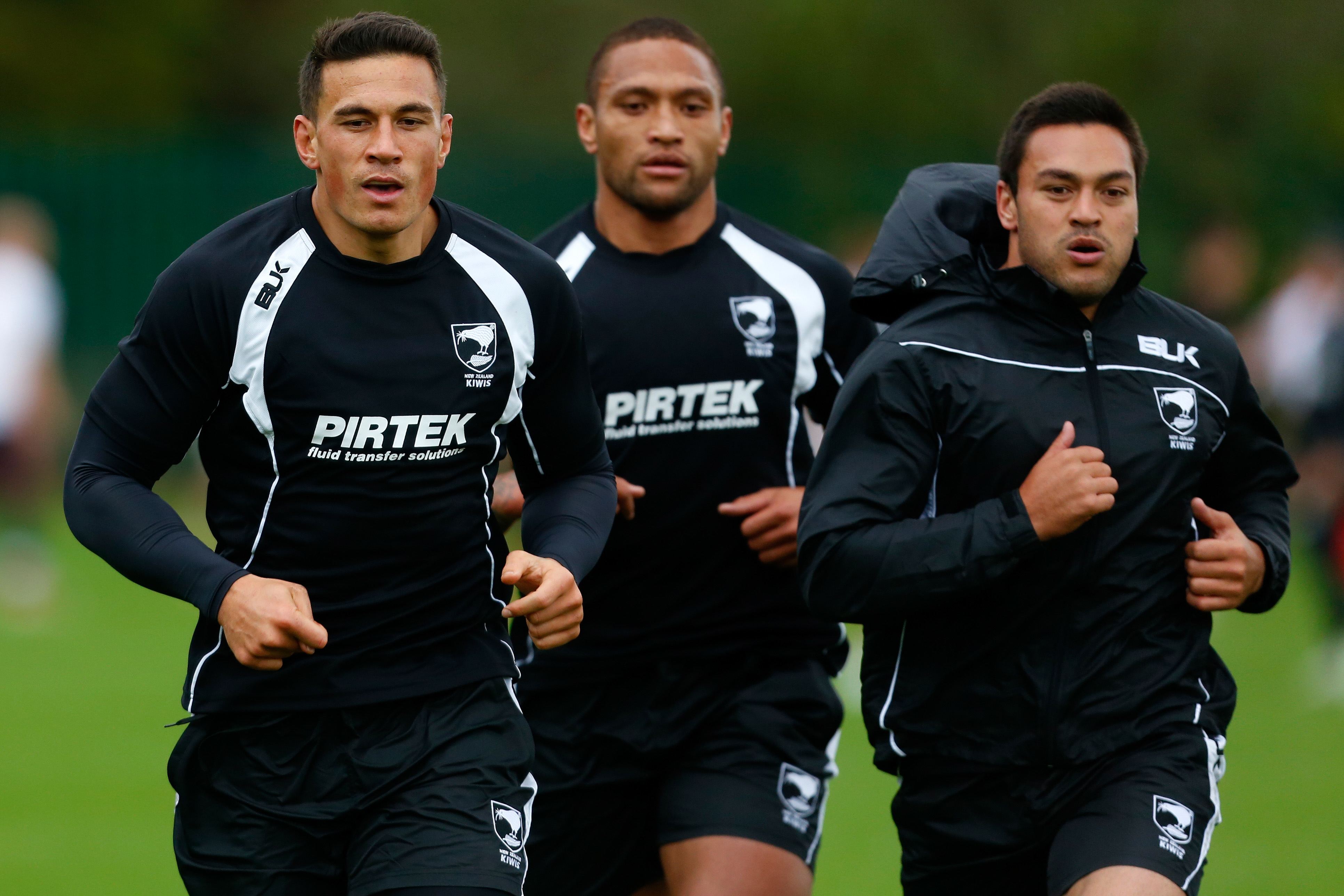 As you say, Sonny’s been a focal point for the media, but he’s been a force on the field too?

SI think he has. He’s showed in the last game what he can do, and the confidence he gives the boys. He’s a massive force for our team and I know the young guys look up to him. He’s done a lot in his career so we can really pick up what he does professionally.

Do you think it’s good for the World Cup to have so many NRL players who didn’t make the NZ or Australia side playing for their second choice country?

I think it adds to the tournament. The guys that don’t make the England, Aussie or NZ teams should get to play for their country. It gives it a bit more interest – like Scotland and USA, they don’t have that many players and it helped them out and they did very well in the competition making the quarters.

If, as suspected from the outset, New Zealand take on Australia in the final at Old Trafford, what areas will your boys need to excel to beat them and go back-to-back?

At the moment we’ve got the edge to do it, we just have to have the belief and look around our team, we have all the talent there to win it but we’ve just got to do it. Everything is there it’s just ours to take now.

Watch the highlights of New Zealand’s win over Scotland here: