Four thousand attendees had flooded through the door before lunchtime, and numbers increased steadily throughout the afternoon.

“We’ve already had our best show ever,” said a spokesperson for Excess Baggage.

“We’ve had to photocopy new booking forms!” she added.

“Today Greece and Croatia have been really popular, but also the festivals, and as we were a TNT Golden Backpack award winner this year, I can see why they’re coming to our stand. 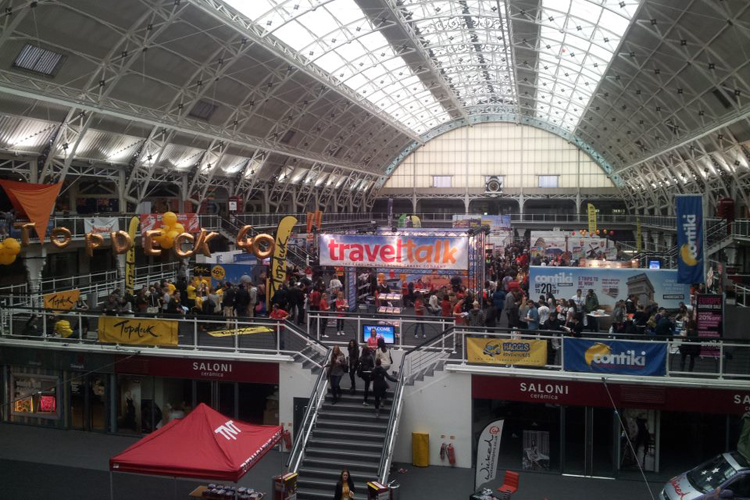 New exhibitors to the show were also reported great bookings: “This is our first experience at the Travel Show,” said Matt Cooke, Edge Adventures and Explore.

“The ice and explorer trip has been really popular, our tours are really flexible, they’re not constrained by itinerary.

“The shows been really good, there’s been loads of interest, and loads of people here which is the main thing!”

Comedy: Back In The Game