Marion Cotillard (The Dark Knight Rises) and Matthias Schoenaerts star as a killer whale trainer and a breadline striding bare-knuckle boxer who meet in Antibes, France and strike up first an unlikely friendship, then a romance that helps them both find the strength to see themselves reborn.

Stephanie is struggling to come to terms with a horrific marine park accident that saw her legs amputated, and Alain to find the courage to take on responsibility in his life, whether it be for his own actions, or taking care of his neglected, and borderline feral, son.

It’s a thoughtful and powerful story of courage and redemption. 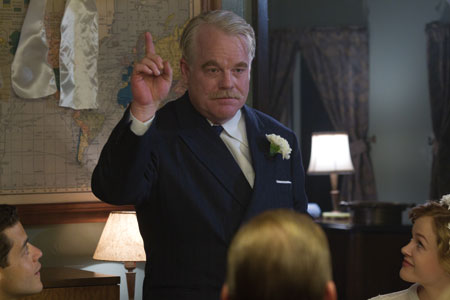 Phoenix plays an impressionable young man in postwar America who is swept up by Philip Hoffman’s enigmatic L Ron Hubbard-esque figure, a man who invents his own religion that is definitely like – but not based solely on – Scientology, as director Paul Thomas Anderson (Boogie Nights) has made clear in case the alien ant farmers take offence and decide to get upset. 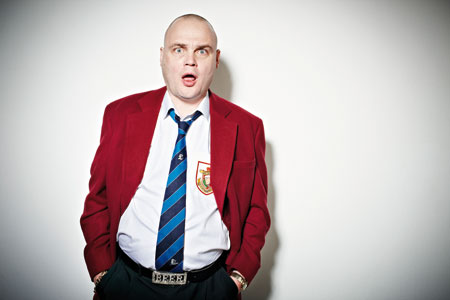 Comedy: Al Murray – The Only Way Is Epic

The Pub Landlord comes back with a new show for the disillusioned out there, offering “common sense solutions to everyday problems” such as what to do about the lazy younger generation of work-shy layabouts.

He’ll also, as the title suggests, be turning his attention to the Essex vajazzlers of the world. Top character comedy.

Taxi Driver, The Wizard Of Oz, err, Pirates Of The Caribbean. Hollywood classics and contemporary upstarts – from the silent era to the days of 3D Avatar – are all represented in this exhibition of famous movie outfits, featuring Judy Garland’s iconic blue-and-white dress and Indiana Jones’ fedora and leather jacket attire. 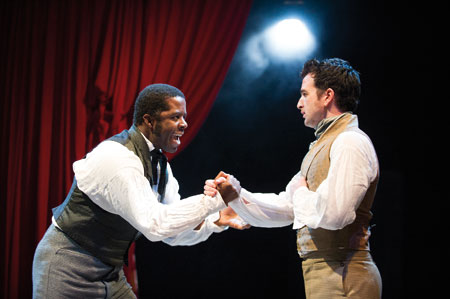 This geeks vs jocks musical – a collaboration between James Bourne (formerly of boyband Busted) and Elliot Davis, set in 1971 as the school nerd gets the girl – is harmless stuff.

While the choreography’s lively and the performances spirited, it’s more for the very young rather than the young at heart.

Film: For a good time, call

Superstar-to-be Ari Graynor and Lauren Miller star as the sultry sexpot and uninhibited-for-now roomates who embark on a phone sex business in order to pay their New York City rent in this gross out comedy where bodily juices get spilt and there’s no end to the double entendres and innuendo.

Refreshing proof that smutty comedies don’t have to be bloke-based anymore.

On general release from November 2

Adrian Lester gives a superb performance in this new play by his wife Lolita Chakrabarti, a fact-inspired account of the appearance of African American actor Ira Aldridge at the Theatre Royal in 1833.

Lester’s performance is mesmerising and his encounter with Eugene O’Hare’s theatre manager worth the admission price alone.

Cheap and free trips in the UK