Top 10 things to do in Morocco

1. Cook a tagine in Essaouira

The laid-back beach town of Essaouira is the perfect spot to learn how to prepare a tasty Moroccan tagine, a flavoursome stew slow cooked in a conical-shaped dish also called a tagine, cleverly designed to seal in the spicy fragrances.

Take a four-hour workshop in authentic yet sleek L’Atelier Madada (lateliermadada.com) in the lofty grounds of boutique hotel Madada Mogador. Suss out how to make the perfect cup of mint tea, laced with lashings of sugar, a vital part of Moroccan culture served after every meal.

After cooking the richly-flavoured tagine and indulging in the fruits of your labour, enjoy a tour of the hippy town’s fish and spice souk (market), chock full of olive mountains, highly patterned tagine dishes, caged chickens and suspicious looking medicines – herbal Viagra anyone?

Much of what’s on offer is not for the faint-hearted: think blood-smeared decapitated rams’ heads. Escape the gore  by retreating to one of the market’s small spice shops, stocked with an array of glass jars filled with heady spices, henna dyes and sweet smelling perfume sticks, such as gazelle musk, taken from behind the animal’s ear. Once the cooking class is over, explore the coastal town’s bohemian shops, sandy beaches and art galleries.

A 25-minute drive north of Agadir, Taghazout is a mecca for surfers as it boasts an enormous stretch of coastline and 330 days of sunshine a year with temperatures rarely dropping below a toasty 20 degrees.

Surf spots aren’t as swamped as those in Europe and the US, and the warm water and consistent waves makes for a pleasant ride. Whether you’re a novice or a super-star surfer, Taghazout has a break for you.

Hash Point is known as the lazy man’s spot because it’s an easy right-hander that breaks near the shore, ideal for those who loathe paddling, while the Super Wedge offers small fun waves. 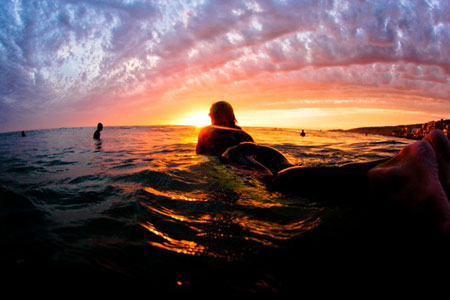 3. Haggle in the souks

Marrakech’s lively souks are a maze of small shops that curl around the backstreets of main square Djemaa el Fna.

A whirl of patterned rugs, gaudy slippers, spices, chess sets and hand-crafted crockery, the markets are best explored at night when pretty lanterns light the way. Don’t be shy about haggling; it’s an essential, and expected, part of the process. Shopkeepers will often want you to enjoy a cup of mint tea with them as you come to an agreement on a price.

Effective discount plays are to say you’re from Africa or Eastern Europe and a student. Walking away can often bring a price down dramatically too. Beware of pushy market sellers who try to corner you in their shop in an attempt to force you to buy. Never be bullied into buying something you don’t want!

5. Get scrubbed clean in a hammam

Don’t expect an entirely soothing experience when visiting a hammam (traditional steam bath), which can be found in luxury hotels and riads.

You’ll be given a no-holds-barred scrubbing with black soap, which will wipe away any trace of dirt or tan, before having a bucket of water thrown over you, and then sweating it all out in the sauna.

The experience is normally topped off with a soothing massage, so you leave feeling rejuvenated and super-clean.

Famously known as the Hollywood of Morocco, Ouarzazate is home to the Moroccan Film Studios where epic films, such as The Jewel Of The Nile, Cleopatra, Lawrence Of Arabia and some scenes for Star Wars were shot in its desert-like landscape. Visitors can go on a guided tour of the film sets. Also meriting exploration is the fortified city of Ait Benhaddou, an 11th century Unesco-protected kasbah which provided the backdrop for Russell Crowe’s swashbuckling Gladiator movie.

The well-preserved town marks the start of the road of a thousand Kasbahs, known as one of the world’s oldest trading routes. It’s freckled with ancient Kasbahs with buildings built from mud and straw, while olive and date palmeries break up the dry desert landscape, along with small markets selling prickly pears and watermelons.

Sex And The City 2 was filmed in the recently opened Mandarin Oriental Jhan Rahma Hotel, in Marrakech, although the movie was set in Abu Dhabi.

7. Hike in the High Atlas Mountains

The wild and rugged peaks of North Africa’s highest mountain range, some of which top 4000m, can be reached from Marrakech in two hours, and can be explored by hiking, mountain biking or horse riding. Visit as a day trip from Marrakech or spend a few days trekking through rugged terrain and camping in rustic Berber tents. 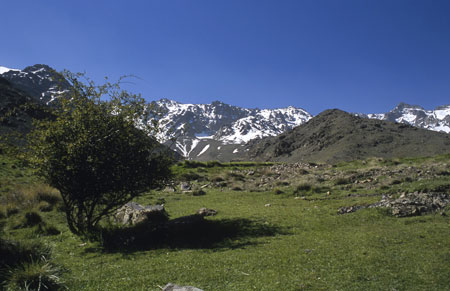 Beautifully decked out with colourful cushions, lanterns and mosaic-tiled floors, riads are traditional Moroccan houses set around a courtyard and are normally situated near the souks in the middle of the medina. Many have rooftop terraces with reclining seats, which afford views of the medina. Riads cater for everyone from budget to money-is-no-object travellers.

In cheaper riads, expect rooms to be small and simple with a curtain (if you’re lucky) separating the bathroom and bedroom. If you find the prospect of no bathroom door terrifying, you can either banish your other half/buddy from the room when you need the loo or start singing when on the throne. 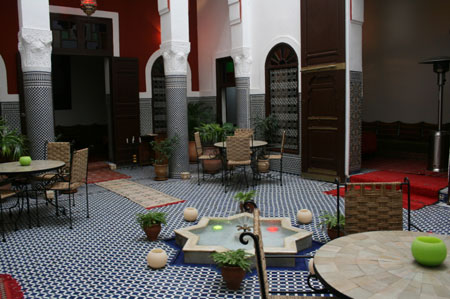 Djemaa el Fna is the pulsing heart of Marrakech, a big square that’s chock-a-block with snake charmers, leashed monkeys (which will somehow find their way on to your back) and storytellers.

At night, the square is filled with plumes of cooking smoke infused with sizzling aromas from the open-air food market made up of pop-up stalls with gas fires, where cooks are dressed from head to toe in white, and cheery waiters will vie for your custom with promises of  “Asda price” tucker. Eating here is a no frills-affair – you will sit on plastic benches, but the food is delicious and the prices are low. Food ranges from brochettes (meat skewers), salads and couscous to fish and snails. Agree a price up-front to avoid getting ripped off.

The looming cliffs of Todra Gorge, in the High Atlas Mountains, make a rugged contrast to the lush-green landscape. Watch your back for oncoming motorbikes and mules if you walk through the canyon at its narrowest point, surrounded by 300m cliffs. The soaring rock face can also be explored on a horse-riding excursion.

When to go: Spring and autumn is the best time to visit, as summer can be scorching.
Getting there: Fly to Marrakech with Ryanair or easyJet.
Get more info: visitmorocco.com

Sports opinion: Casey Stoner takes his last lap in a sweet and too short career