Top 5 Chinatowns to celebrate Chinese New Year: From Amsterdam to Bangkok, we reveal the top places

What does that mean exactly? Well we’ll leave the year’s complicated fortune-telling to the zodiac experts but we do predict a lot of firecrackers, enormous banquets and plenty of red and gold decorations as the diaspora celebrate in Chinatowns across the world.

If you fancy joining in the celebrations, why not take yourself to one of the world’s earliest major Chinatowns?

The Chinese enclave of Binondo in the Philippines’ Manila was established in 1594 by Spanish Governor Luis Pérez Dasmariñas, who wanted to provide a home for the Chinese who had converted to Catholicism.

It developed into a glitzy finance hub, becoming known as the “Wall Street of the Philippines” in the early 19th century.

Now, however, the area is a little shabbier and definitely more about Chinese culture than commerce.

There are currently 1.5 million ethnic Chinese people living in the Philippines, and just this month the nation’s senate declared Chinese New Year an official holiday as a sign of goodwill between the two cultures – which means you can expect the celebrations this year to be massive.

Traditionally, there’s a fireworks display at midnight to mark the new year as well as fire breathing performances, a dragon dance procession and hundreds of red and gold lanterns lit along the side streets.

Ongpin Street, the main hub, is pedestrianised and lined with people selling snacks and lucky charms.

Of course, a big meal shared with family friends is an essential part of any Chinese New Year festivities, and you’ll find Ongpin Street is lined with restaurants serving dishes from numerous regions across China.

Lucky dishes to eat to honour this celebration are noodles for a long life, spring rolls which symbolise wealth and whole chickens, which represent family togetherness. 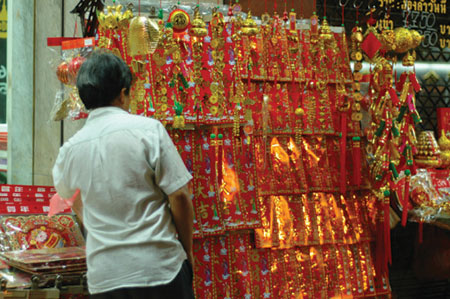 Stretching along Yaowarat Road from Odeon Circle, Bangkok’s Chinatown is marked by a ceremonial Chinese gate at the entrance.

Packed into this area is a dazzling amount of gold and pawn shops, alongside brightly painted Chinese-Buddhist temples.

On New Year’s Day, visit Leng Noei Yi Temple where you can pay your respects, or have a go at ‘siem-see’ (fortune sticks) to predict what’s in store for the year ahead. 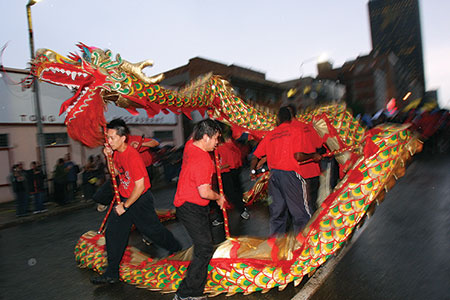 In Johannesburg, there are actually two Chinatowns – the old and the new.

The new Chinatown in Cyrildene’s Derrick Avenue has flourished sincethe old area on Commissioner Street became run down and dilapidated.

The Chinese population migrated and here there’s everything from Chinese-run electronics stores to massage parlours and canteen-style restaurants. 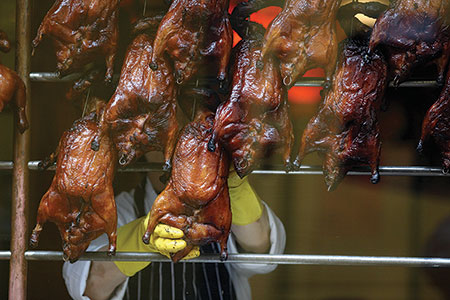 Trade in the red lights of Amsterdam’s seediest district for the fluorescent signs of Chinatown on Zeedijk Street.

The largest Chinese-style Buddhist temple in Europe, called Fo Guang Shan He Hua, is here and is free to visitors every day except Monday.

After visiting, whet your appetite with a stroll past the restaurants that showcase juicy ducks roasting in the windows, or pick up a waving golden cat (thought to bring wealth) from the Chinese trinket stores. 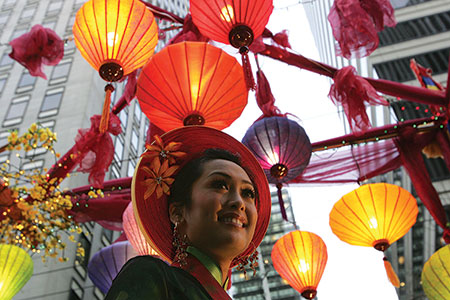 San Francisco’s Chinatown is the largest outside of Asia, and for Chinese New Year it draws more than 400,000 people to mark the celebrations.

Festivities include the New Year Parade, a colourful procession of stilt walkers, acrobats, school marching bands and dancers, who make their way through the streets ahead of a huge, 201-foot-long golden dragon.

When the parade finishes, thousands of firecrackers are set off.

Inglis to stay with Storm

The Artist sweeps Oscars – winners and losers in full