Top 5 things to see and do in Egypt: From diving in the Red Sea to visiting the Giza Pyramids

It’s the question on many tourists’ lips these days. Sunseekers are still happily lying on the sands of many of the country’s best beach resorts, while images of violent clashes in Cairo’s Tahrir Square frequently hit the headlines.

The basic answer is: choose your destinations carefully. There were major disturbances across Egypt in early 2011 that led to the stepping down of President Mubarak, and since then, much of the country has been in turmoil, with sporadic protests.

North Sinai is a no-go area, as are parts of South Sinai, with the exception of the Red Sea resorts.

However, according to the Foreign and Commonwealth Office, there are still plenty of areas which, as long as you’re careful, are unaffected and still safe to travel in.

Our advice would be to check the news regularly, as well as the FCO website for updates, regardless of when or where you’re travelling. 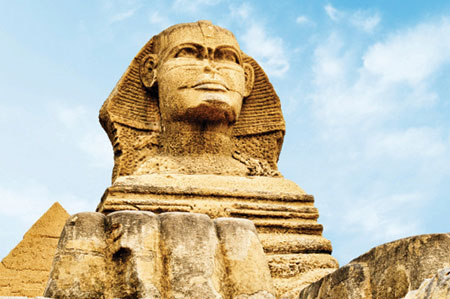 The Great Sphinx at the Pyramids of Giza

Fortunately the Pyramids of Giza, probably Egypt’s top attraction, are still A-OK for exploring. Situated close to the southwestern suburbs of Cairo, these awe-inspiring structures, which are on the list of the Seven Wonders of the Ancient World, are just as much mysterious as they are impressive.

The three main pyramids are the focal point of the Giza necropolis, where three generations of pharaohs Khufu, Khafre and Menkaure were buried.

But despite endless theorising and investigating, no one has ever come up with a concrete answer to how they were built, given their sheer scale and the presumably limited tools the Ancient Egyptians had.

You can ponder these questions yourself as you crane your neck up at the Great Pyramid of Khufu, the largest of them all at 139m tall.

On the same site is the equally famous Great Sphinx, the head of the which is thought to be that of Khafre. So go, take the snapshots and tick these amazing sights off your bucket list. 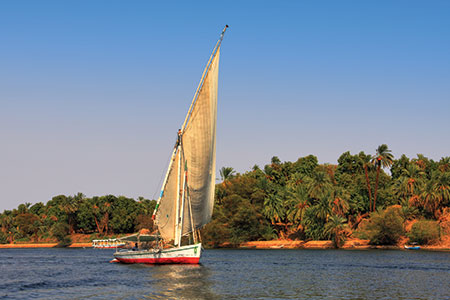 Baby Moses was hidden in it, Cleopatra was queen of it – the iconic Nile River has an integral part to play in almost all of the best-known stories about Ancient Egypt.No wonder the longest river in the world has caught the imagination of so many tourists.

A cruise in a traditional felucca (sailing boat) through these historic waters is a great way to get a sense of Egypt’s past. Most cruises take the scenic Luxor-Aswan route. 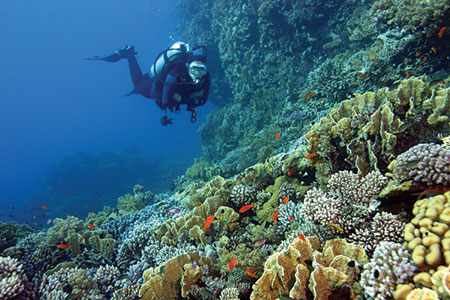 Just mentioning a trip to the Red Sea sends diving enthusiasts into spasms of envy. And with good reason.

The waters of the Red Sea are known for having great visibility and once you’re underwater, you can see everything from surreal coral formations, to masses of bright tropical fish and even some intriguing WW1 wrecks.Sharm el Sheikh, hippyesque Dahab and Hurghada are the most popular resorts for scuba diving. 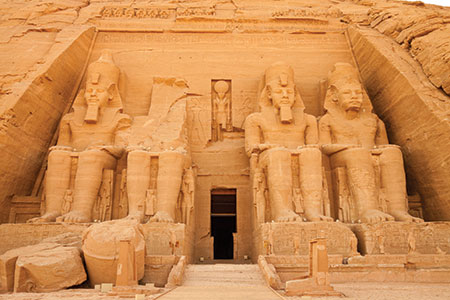 Twice a year, morning sun rays shine directly through the inner temple cave of Abu Simbel, illuminating the statues of four gods seated there. If you’re lucky enough to see it, the spectacle will send shivers down your spine.

The two massive rock temples, which are a Unesco World Heritage site, were built by Rameses II in the 13th century BC. Naturally, he decided to dedicate one of them to himself, and the other one to the favourite of all his wives, Nefertari. 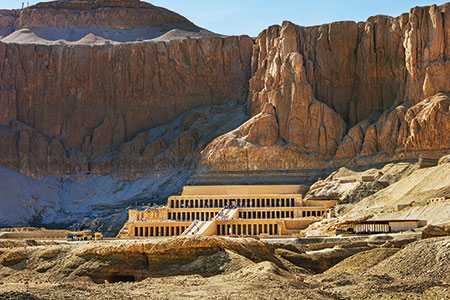 5. Valley of the Kings

Ancient Egyptians believed in life after death, and so their burial rituals were elaborate. For pharoahs, this reached epic scales.

At the Valley of the Kings near Luxor, there are 63 royal tombs and chambers, carefully decorated with scenes from Egyptian mythology.

The tomb of Rameses IV is one of the most spectacular. Three white corridors descend to the sarcophagus chamber where the ceilings are covered in pictures of ancient deities.