The “get there before Castro dies” hype surrounding Cuba has worn a little thin as it seems like the ailing Communist leader is never going to pop his clogs.

But if you do want to see Castro’s Cuba in all its crumbling glory then shun the could-be-anywhere all-inclusive resorts that rule the roost on the island and explore independently, submerging yourself in minty mojitos, cigars and salsa dancing along the way.

Most trips to Cuba begin in time warp capital Havana, a filmic town flush with vintage rides, from Buicks to Chryslers, mostly used as taxis. Some are lovingly restored, while others show their advanced years with creaking bodywork, windows that don’t open and clapped out doors that have to be held closed: welcome to Cuba!

The capital is seriously atmospheric with Latin beats spilling out from the balconies of art-deco and 19th-century mansions where hanging washing flutters in the breeze.

Stroll along the Malecon, the city’s sea wall where the locals hang out, expect to see kids busting some moves besides beatboxes and dolled-up transvestites. It’s easy and cheap to travel between towns by air-conditioned bus and there are routes to all major cities.

Beyond Havana, the sleepy village of Vinales is worth a stop, famed for its lush green valley, freckled with pin-cushioned shaped limestone hills, known as mogotes. The best way to view the landscape is on horseback – you’ll trot through tobacco and sugarcane fields where men in cowboy hats use bulls to plough the land.

The colonial city of Trinidad is another must-see spot that could be likened to a living museum with vintage cars on every corner and well preserved 16th-century houses.

The town is home to several salsa schools so it’s a great spot to learn the dance every Cuban has in their blood. Within easy reach of Trinidad are the beautiful beaches of the Ancon Peninsula, reachable via bicycle or bus. While some are dominated by all-inclusive resorts, you’ll also find a few gloriously secluded bays.

Active types love Corsica, known as the “island of beauty” thanks to its dreamy beaches, soaring mountains and gleaming rivers. Walk the island’s length in two weeks by following the infamous GR20 trail, known as Europe’s toughest hike. Best attempted in late June or early September, it’s not easy but you’ll find yourself swooning over the scenery: think glacial lakes, verdant forests and lush pastures. 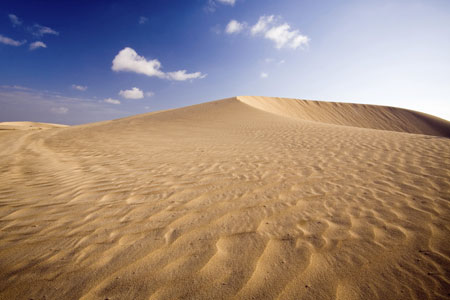 Fuerteventura means “strong wind” for a reason. The breeze howls around the island, making ?it one of the planet’s top destinations for surfing, kite surfing and windsurfing.

On the hunt for gorgeous beaches? Hit the golden crescent sands in Parque Natural de Las Dunas Corralejo in the north or head down south to Playas de Jandin and the white sands of Costa Calma.

The volcanic island of Santorini ?could win an award for its dramatic scenery, all rising peaks, rugged cliffs dotted with pretty towns perched high above the hillside. Most visitors stick to the main island, Thira, with its blue-domed churches and Neapolitan-coloured coastline.

Also worth a look ?is Palea Kameni for its hot springs, ?set in a spot where volcanic waters warm the sea. For nightlife, check out Fira and Oia. 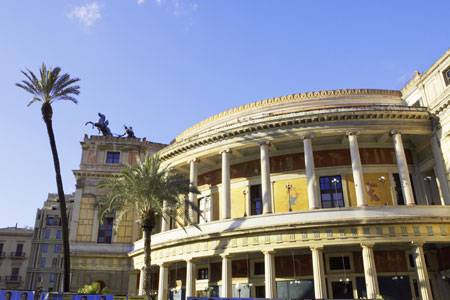 Famed for its mafia roots and its lemons, the largest island in the Mediterranean has lashings of history and a chilled-out vibe. Dominated by Mount Etna, Europe’s largest and most active volcano, visitors can reach its peak in four hours on foot, or by a combination of cable car and jeep if you’re feeling lazy.

Stroll around boisterous capital Palermo, a whirl of Baroque churches, mosaics and museums.