West coast of Oz
I’ve had great times there, it’s warm and the wind is amazing, it’s like clockwork. The wind’s called ‘The Freemantle Doctor’ and is such a friendly wind to sail and learn new tricks in, because the wind is regular and so constant. The whole coast is fantastic with so much space, wave spots and flat spots galore, but my favourite place would probably be Lancelin as there is a lagoon, a bay and waves all in the same area. The sand is white, and the sea is so clean and clear. There are other people to ride with and enjoy the day with, but not too many!

Watergate Bay Cornwall
My home spot, Watergate Bay Cornwall, as it has an emotional connection for me. I learnt to kite as well as surf here. I even got married here! It is one of the most stunning beaches I have been on and the sailing is always fun and challenging. On a sweet summer’s day the waves gently roll in and, more often than not, it’s savage rollers sweeping in. One of the great things about kiting is that you can see the coastline from a completely different perspective. It’s only when you are out there (beyond the surf!) that you can really appreciate how beautiful and wild the British seashore really is. And Cornwall is hard to beat.

Lecaute France
As it was the first competition I went to; not ideal to learn at as the wind tends be offshore but this makes it perfect for speed racing as the water is smooth. As a result this is where Henry and I decided Kaye should break her record in Beyond the Surf. Leucate’s beaches are based around a low-lying, huge sandy estuary. There are two main winds here: one from the mountains in the north-west called the Tramontane which is a strong, cold wind and the other is from the south-west called Marine which is lighter but more constant.

Caberete Dominican Republic
I’ve had so many good times here (too many to mention) and, again, its warm, sunny and the wind is great. It seems to hold you in the air for a second longer than anywhere else. This is the Caribbean at it’s wildest in more ways than one. The less said the better about the rum and the party atmosphere! It is simply a beautiful place boasting palm trees beaches, sunshine and Ive even seen the odd turtle too. It can be packed with kiters and wind surfers but you can always find a little bit a space to yourself then head back … to the party.

Tarifa Spain
I spend a lot of time here because you get a lot of time on the water and we can drive down with the dog. Tarifa is ranked as one of the windiest spots in Europe! This means it can be extremely windy – 35knts + when the Levenete blows which isn’t always fun! As a kiter you become somewhat obsessive about wind. And there’s hell to pay if there isn’t any! But Kiting in Tarifa especially, is as much about the lifestyle too: warm, weather, the great friends we meet and of course, tapas and red wine. The beaches are huge here and it’s fabulous to kick back at the end of the day watching the lights come on in Africa just across The Straights of Gibraltar with the Atlas mountains silhouetted in the distance with a glass of wine in your hand sat out side your van with good friends after a tiring day on the water. It is heaven!  Don’t hesitate get out there beyond the surf, you’ll love it. 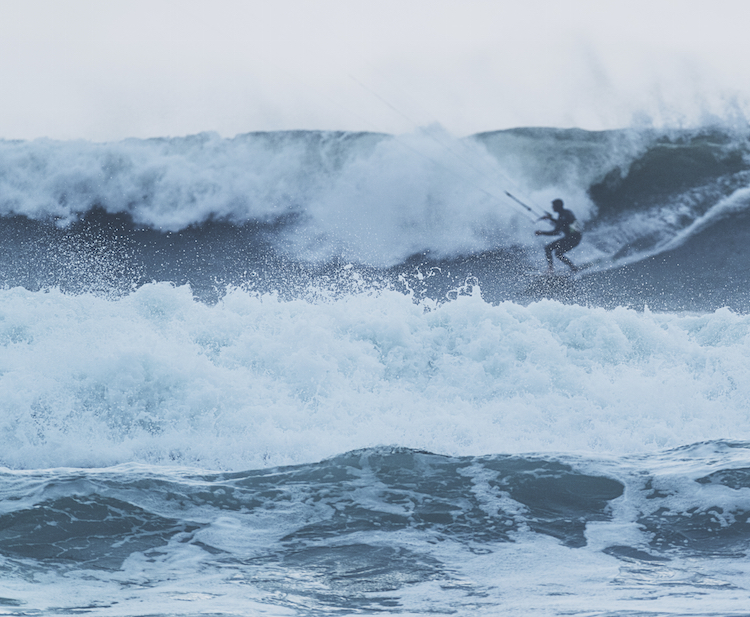 * Gladiator Champion in 1996 with two international titles in consecutive years

* Competed nationally as a surfer and internationally on the world tour as a kitesurfer.

* Competed on the world tour obtaining her highest rank of 3rd in the world.

* World record for longest journey by kite from watergate bay to Dungarven in Ireland .

* The previous year Dreya and seven friends from the world tour including the world champ made a mass crossing from the isles of Scilly to Watergate Bay.

* Has a degree in Architectural stained glass