The Conservative Grassroots group said David Cameron was showing “utter contempt” towards party activists in going ahead with equal marriage.

If the Conservative opponents join with the Labour party to vote for an amendment which would allow heterosexual couples to have civil partnerships, number 10 said three dangers would arise:

Civil partnerships for straight couples would have a price tag of £4 billion in the new pension rights granted to “survivors”.

Secondly, the introduction of the bill would be delayed from 18 months to 24 while the government worked on implementing new rights for both gay married couples and heterosexual couples in civil partnerships.

Lastly, it would undermine the government’s argument that the changes are to strengthen the institution of marriage by offering it to all couples. 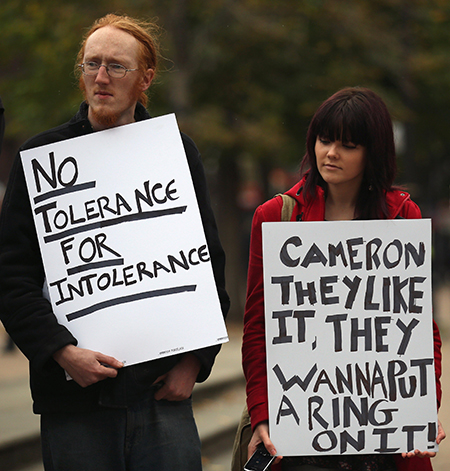 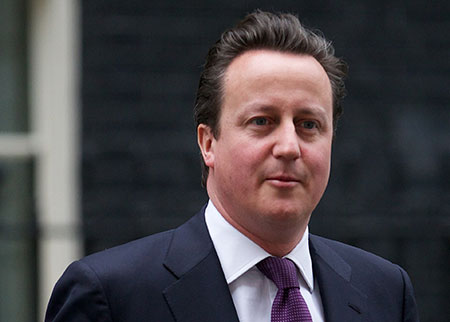 Cameron: Under pressure from reformers and grassroots conservatives

“If you open up civil partnerships to opposite sex couples then the institution of marriage will be weakened,” one government source told The Guardian. “The church will not be happy about that.”

The gay rights group Stonewall  told The Independent it would have worries about anything that delayed the bill.

“We are anxious about anything that could delay this much needed change in the law to bring about marriage equality,” said Ben Summerskill, the charity’s chief executive.

Labour sources have accused the Tories of “playing party politics” on something which should be a free vote.

The bill reaches it report stage in the Commons today.