The 32-year-old who won both the Tour de France and Olympic gold this year beat 11 other contenders to the  title.

More than 1.6m phone votes were recorded for the BBC Sports Personality contenders, with Wiggins taking 30.25% of the vote, reports the BBC.

“I will say thank you to everyone who voted,” said Wiggins, who was the first Brit to win the Tour de France, and achievement which he followed up by claiming his fourth Olympic title this summer.

“What a year. To stand on this stage with the people next to me is incredible. 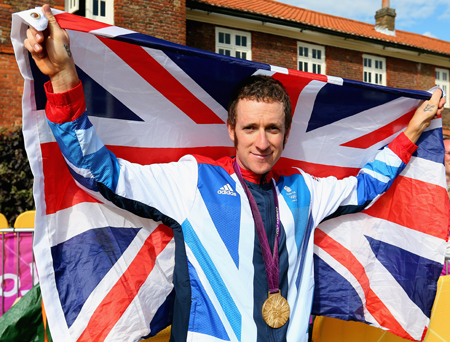 “Congratulations to Bradley Wiggins – a truly inspirational winner, after an incredible year for British sport,” he said.

Wiggins mixed track and road cycling from an early age, but first came to wider public prominence in the velodrome, when he won 4km individual pursuit gold at the 2004 Olympics in Athens.