Even though she’s only 19, Rebecca Downie has already earned the title of Britain’s best ever all-round gymnast after she bagged 12th place at the Beijing Olympics in 2008. 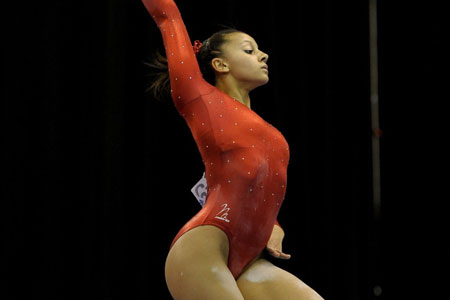 To avoid hitting a fitness plateau, she says: “One day I use a cross trainer for an hour, which gets every muscle group, the next day, I’ll use a bike for an hour, to just focus on legs. Swapping between two different activities helps.”

Working out with other people is key for Downie, from Nottingham. “As we lead up to a major competition, we’re around our teammates so we have their support. If you have somebody else to exercise with it makes it a lot easier.”

British handball goalkeeper Bobby White started out as a semi-professional goalie on the football pitch, before he was selected
for the team three years ago.

“You need to indentify both your goals and your ability before you jump up and pound that treadmill,” says White, 28, from Milton Keynes. “Train smart before you train hard.” For strength, he recommends working on every muscle in the body, especially the core, with freestyle body weight exercises.

“Train everything so you get stronger everywhere rather than over-developing in one area, which can give you problems.”

In a typical week of training, performance coach Alan Cooke – who currently holds the accolade of world veterans champion – gets his team to do two intense all-over body circuits (freestyle, without equipment) plus two sprint-relay and two weights sessions,
all before daily practice on the table. 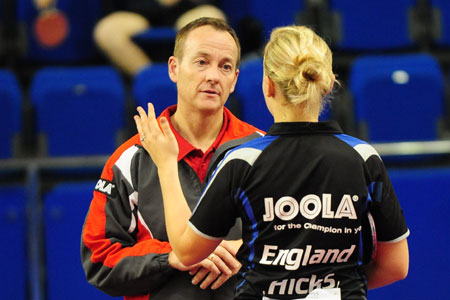 “I’m a big fan of running. Not just for the body but for the head as well,” says Cooke, 45, from Chesterfield. “I tell the players, ‘ask yourself why are you doing this, why are you putting yourself through all this pain and hardship?’ Then you start to put two-and-two together, and think, ‘I’m doing it because I want to become a better athlete’.”

Wrestling is in Yana Stadnik’s blood. Her father coaches the sport and her brother won a silver medal for wrestling at the Beijing Olympics, so it’s no surprise she has been doing the sport since she was 13.

The most important thing you can do to get fit, is pick a sport you enjoy, says the 24-year-old who lives in Manchester. She has no time for anyone who can’t fit sport into their life.

“Everyone has 10-20 minutes a day, or a minimum of three times a week. You should find that time. I train twice a day, six times a week – on the mat, running, different things every day – and it’s only Sunday that I have off. Think about your normal routine and try to add a bit of sport when you can.”