Some of the world’s most spectacular temples can seem like something of a contradiction.

Lovingly built as sites of contemplation, spirituality and worship, half the time you get there and find the place an absolute circus.

Tourists clambering over sacred statues, sticking their zoom lens in devotees’ faces or dropping Twix wrappers, while hawkers stuff postcards in their hands and shout ‘Five dollars!’ – deities of all descriptions must be shaking their solemn heads in disappointment.

But that’s not to say there aren’t still many temples that in spite of it all, somehow manage to retain an atmosphere that leaves you absolutely awed.

Taktsang Palphug Monastery is one of these. Also known as the Tiger’s Nest, this Buddhist temple complex is built right into the Himalayan cliffside of the upper Paro valley in Bhutan.

A site as mystical as this wouldn’t be complete without a decent legend to match and the stories surrounding Tiger’s Nest more than live up to its location.

Eighth-century sage Guru Rinpoche, who is also known as Guru Padmasambhava, flew here from Tibet on the back of a tigress and then subdued a demon.

He then performed meditation in one of the ‘tiger lair’ caves – called the Taktsang Senge Samdup – for three years, three months, three days and three hours, before emerging in eight incarnated forms to bless the place.

He is believed to have brought Buddhism to Bhutan, and the temples were built around the site of his epic meditation. While Guru Rinponche may have got here by flying tigress, unfortunately this mode of transport is no longer available.

For tourists, there’s the choice between renting a horse to take you part of the way, or trekking the four-hour journey yourself. There’s a cafeteria along the way, where you can stop and refresh with biscuits and tea.

You’ll need all the sugar and caffeine you can get for the final leg – a muscle-shredding climb first down, and then up a steep staircase to the beautiful monastery itself. 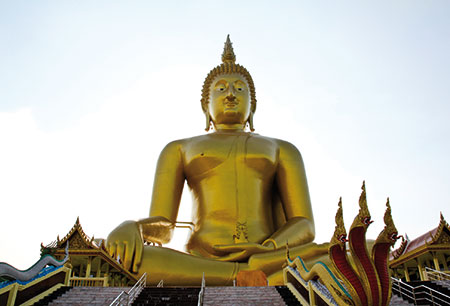 Wat Muang’s Great Buddha might be a bit of a detour from most travellers’ Thailand circuits, as Ang Thong is 140km from Bangkok. But it’s most definitely worth taking time out from the bars of Khao San Road for.

At a neck-craning 92m, this enormous statue is the tallest in Thailand, made of concrete and covered in dazzling gold paint.

The temple is also home to Hell Park, a gruesome group of statues that shows the gory fates of sinners. 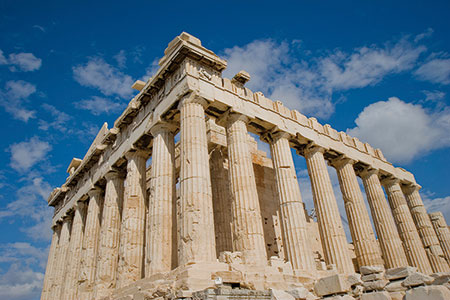 If you’ve spent any time in the hedonistic bars and clubs of Beirut, you won’t be surprised to find that this temple, just 90 minutes drive away, is dedicated to Bacchus, the Roman God of Wine.

The Temple of Bacchus is considered one of the best preserved Roman temples in the world. It stands by the ruins of two more temples built for Jupiter and Venus. 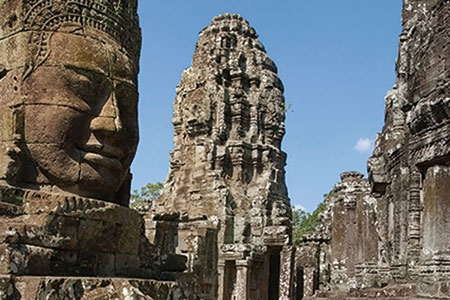 Finding yourself eyeball to eyeball with one of the enormous stone faces at Bayon temple in Angkor Thom is an experience not many people forget in a hurry.

Dubbed the ‘Mona Lisas of Southeast Asia’, the faces are thought to be images of King Jayavarman VII, who built the temple in 1190.

It stands in the exact centre of the city, whose walls run north to south and east to west, and represents the intersection of heaven and earth. 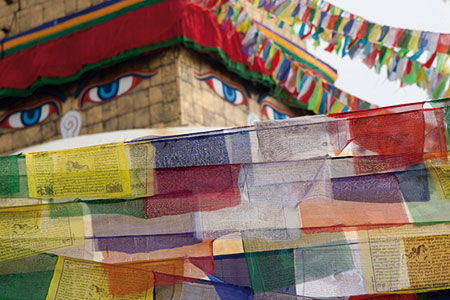 The multi-coloured prayer flags, bright gold pinnacle and watchful, piercing blue eyes that stare out from this huge stupa make it one of the most upbeat and energising places in Nepal.

A Unesco world heritage site, the ancient stupa draws devotees from across the whole of Nepal.

So once you’ve walked a few circuits of the stupa, sit in a nearby cafe for an afternoon of people-watching, munching momo and admiring the sunlight bounce off the golden steeple.