Travel tips for roadtripping Italy’s Cinque Terre and Amalfi Coast, and fun things to do in Anchorage, Alaska

My friends and I want to go to Cinque Terre, Rome and the Amalfi Coast in October. Could we hire a car to drive this route in roughly a week or will it be too far? Lauren Anderson, via email

You could hire a car to cover the 450 miles between these three spots, but it will be a rush. Instead, fly into Pisa and drive straight to Cinque Terre, which will only take an hour.

Remember that cars are only allowed as far as the village entrances. I would allow a couple of days to explore the dramatic clifftop villages.

Base yourself in Monterosso, where you will find a sandy beach and a good selection of hotels. From here it is about four hours’ drive to Rome.

A couple of days here won’t do the historic city justice, but you won’t have the luxury of time if you also want to reach the Amalfi Coast.

Three hours further by car brings you to Positano and the start of the Amalfi Coast. October will be a good time to visit as resorts and roads are quieter.

You could consider travelling by train for this journey for a number of reasons. Italy’s network of trains are efficient and relatively cheap, and you’ll speed past some amazing scenery.

Furthermore, Cinque Terre is much easier to navigate by train than car.

The train runs between Genoa and La Spezia, stopping at each of Cinque Terre’s villages.

You can purchase a Cinque Terre card for unlimited second-class train travel between the five towns for £7 (one day) and £12 (two days). 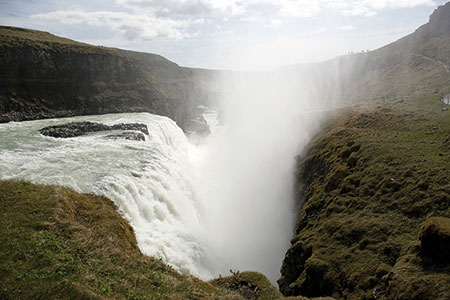 I read in the news that Icelandair has just added a new destination this winter, to Anchorage, Alaska.Can you recommend some fun things to do there? Drífa Ísleifsdóttir, via email

Icelandair’s new flight path to Anchorage, begins in May 2013 from Reykjavik.

Flights take about 12 hours and will operate from May 15 to September 15, which is when the weather will be at its best (around the pleasant 20°C mark) and most attractions are open.

There are lots of great things for visitors to check out in this Alaskan city, which is in the heart of the North American wilderness. Exploring the sights will help you to get to grips with Alaskan culture.

The Anchorage Museum (anchoragemuseum.org, entrance £7.50) and Oscar Anderson House (the city’s oldest building) are good places to start. Anchorage has a relatively young population meaning it has great nightlife too.

Close to the city is the 11-mile Tony Knowles Coastal Cycling Trail, which runs from the 2nd Avenue along the coastline, taking in sights, such as Earthquake Park (one of the prettiest green spaces) and Kincaid Park.

Rent a bike from alaska-bike-rentals.com. If you’d rather explore on two feet rather than two wheels, hike the popular three-mile Flattop Mountain Trail up the 3550ft peak.

Ten miles east of the city, set in a deep valley Lake Eklutna is a great spot for kayaking and mountain biking.

Lonely Planet’s Laura Lindsay will give you the benefit of her infinite wisdom if you email a question to traveltips@tntmagazine.com.

If your question is answered, you’ll win a Lonely Planet guide of your choice.

How Ginsey got his ‘Howl’: Review of Daniel Radcliffe’s new film, Kill Your Darlings