1. Mall of the Emirates, UAE

It’s not an every day thing, but if you did, Mall of the Emirates would have you covered.

It’s home to Ski Dubai, a colossal indoor ski resort that contains five runs, a snow park, and a colony of live-in Gentoo and King Penguins. Ski Dubai has practically everything you’d expect from a regular skiing complex, albeit miniature versions.

There’s a toboggan run, a chair lift, a ski school, and a café overlooking the slopes which serves up steaming, creamy hot chocolate.

The one thing you might expect to be missing from a ski resort in the Muslim country of the UAE would be a raucous après-ski scene. But you’d be wrong – there’s even a bar called ‘Après’ upstairs, where you can grab a post-ski tipple.

Most bizarrely of all, once you’ve finished your day on the slopes, you can walk outside into blazing sunshine, as the outdoor temperatures in the UAE hit well in excess of 40˚C in summer.

Since Dubai’s scorching streets are far too hot to stroll down for almost half the year, it’s easy to see why the country’s air-conditioned mega malls are such a big hit.

And so Mall of the Emirates isn’t the only shopping centre in the UAE with a surreal twist.

The Dubai Mall has a huge aquarium – one of the largest in the world, containing 10 million litres of water, sharks, stingrays and thousands of exotic fish – right there next to the customary high street fashion outlets, such as H&M and New Look.

Visitors can take a ride on a glass-bottomed boat to admire all the sea creatures or, if they’re feeling brave, go diving with the sharks or take part in a little cage snorkeling.

The Dubai Mall also has an Olympic-sized ice rink, where you can play hockey, take ice dancing lessons or just go for a sociable spin.

Who says mall trawling is boring? 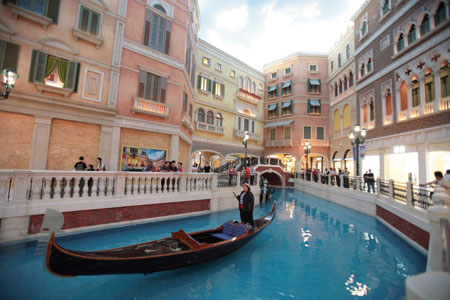 Never mind catching the bus to the shops, how about hopping onto a canal boat?

At the Shoppes Grand Canal in Macau you can do just that. It’s inside The Venetian, which is one of the world’s largest casino resorts.

Aimed squarely at people with more money than sense, it’s a gaudy mix of designer shops, bling and faux-Venetian canals along which you can while away the hours when you’re not gambling. 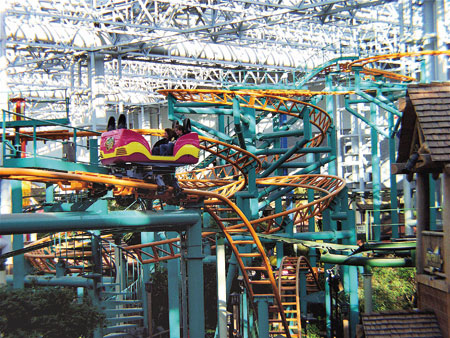 This super-sized mall is immense – known as ‘Sprawl of America,’ it’s big enough to hold Yankee Stadium seven times over. What better way to make use of all that space than to fill it with an amusement park? 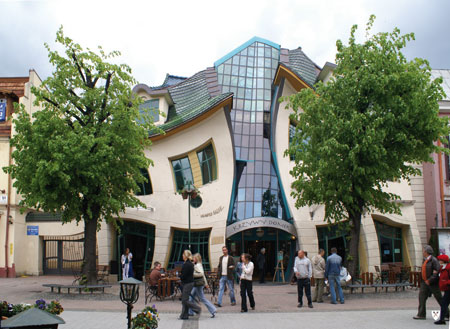 Stare at the outside of the Krzywy Domek for too long and you’ll start to feel like your morning coffee might have been spiked.

The irregularly shaped building in Sopot, Poland, is completely askew, and was inspired by the fairytale illustrations of Jan Marcin Szancer.

Its name translates in English to the Crooked House, and it contains a shopping centre and a drinking hole, which is rather appropriately called the Wonky Pub. 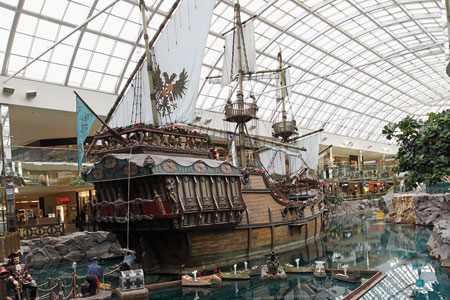 The West Edmonton Mall is home to the World Waterpark, the largest indoor complex of its kind on Earth.

Forget about the shopping, here you can splash about in the world’s largest indoor wave pool and go on the tallest indoor permanent bungee tower (which drops from above the wave pool).

Cyclone is by far the scariest slide, as the floor disappears from beneath the rider, leaving them to plummet 17m straight down at speeds up to 60kmph. Yikes!

The Wizard of Oz talks darts, mullets and never giving up

Spies to track down riot ringleaders who used Blackberry smartphones