Now, how about your train ticket? Yep, finally the ski crowd are starting to come round to the idea of travelling to the snowy slopes by rail rather than by plane.

After all, it makes perfect sense. Rail travel is carbon-friendlier than flying. You get to skip those mind-numbing waits at airport customs (and you won’t be forced to stuff your deodorant and contact lens solution into a miniature sandwich bag by cranky security staff).

A train cabin is infinitely more comfortable than a cramped plane seat. And best of all, if you take a sleeper train, you can arrive early in the morning, ready for a full day’s skiing, and save yourself the cost of a night’s accommodation. Need we go on?

Daniel Elkan, founder of Snowcarbon.co.uk, a one-stop site for everything you need to know about travelling to the slopes by train, adds the clincher.

“Once I’m sitting up there at the top of a mountain, I like to think to myself: Well, thank god I’m not on the Tube…” Amen to that.

You can travel to all these star skiing locations in a matter of hours.

From London to the slopes in: 8 hours

Daredevils and death wishers flock to Les Arcs to get their extreme snowsports fix. There’s top-speed tobogganing, and ski joering, which involves being pulled over the snow behind a horse.

But if you’re seeking a canon-blast of adrenaline, you just have to give speed riding a go.

Part-paragliding, part-skiing, this experience is about as exhilarating as it gets.

Those who prefer to keep skis firmly on the snow will still find plenty of intermediate slopes to suit in the Paradiski area, which links to neighbouring La Plagne by the biggest cable car in the world: the Vanoise Express.

Apres ski: The nightlife isn’t quite as amped-up as the skiing, but there are plenty of spots to enjoy a civilised bevvy such as Red Hot Saloon at happy hour. redhotsaloon.com

Recommended route: Depart St Pancras on the 10am Eurostar Ski Train, arriving at Bourg St Maurice at 6.51pm, then it’s a seven-minute ride by funicular train to Arcs 1600. (This route is only valid between December and April). Rail-inclusive packages to Arcs 1950 from £549 per person with Inghams. inghams.co.uk en.lesarcs.com 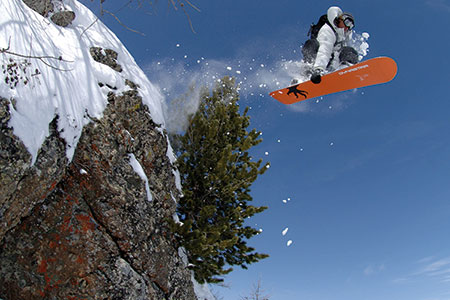 From London to the slopes in: 8 hours, 20 minutes There’s almost always bright sunshine over the 250km of terrain at Alpe D’Huez, where four distinct skiing sectors are linked by lift.

First-timers will find the decent network of beginner slopes great to practice on, while everyone else can swish speedily down the long reds at Signal l’Homme.

Apres ski: There are plenty of bars to while away the evenings in, along with live music venues and late-night clubs. Try the friendly O’Bar (Chalet La Clé, Route d’Huez) for a well-earned tipple or two after a day on the slopes.

Chalet du Lac Besson ( 33 476 80 65 37) is by the frozen lake above a cross-country track. It can only be reached on skis or by snowmobile; well worth a visit for grills over an open fire.

Recommended route: Depart St Pancras on the 7.31am Eurostar, change in Paris and take the 12.41pm TGV, arriving Grenoble at 3.37pm; then a 75-minute transfer. Rail-inclusive packages to Alpe d’Huez from £498 per person with Zenith Holidays. zenithholidays.co.uk alpedhuez.com

From London to the slopes in: 9 hours, 15 minutes

Pretty, unpretentious and good value, Montegenèvre is highly recommended for first-time skiers because of the bright and sunny nursery slopes that lie right by the village.

There’s plenty of off-piste action when it snows in the Gondrans bowl, Rocher de l’Aigle and off the Col de l’Alpet – take a guide to show you the best routes. Montegenèvre has a solid boarding scene, too. Many visitors opt for group lessons with ESF Mongenevre, which start from £120 per person (15 hours tuition, morning or afternoons); ski-school-montgenevre.co.uk

Apres ski: It’s all about old world charm rather than hardcore partying here, so spend your evenings making the most of the local restaurants.

A great place to stay is the Hotel Alpis Cottia, which is a cosy place to stay in the heart of the village. Rooms start from £40 per night. hotelalpiscottia.com.

Recommended route: Depart St Pancras on the 9.31am Eurostar, change in Paris and take the 3.24pm TGV, arriving Oulx at 7.21pm; then a 25-minute taxi ride. Book rail travel with Rail Europe from about £170 return. raileurope.co.uk montgenevre.com. 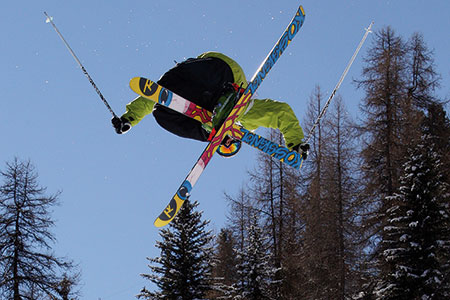 From London to the slopes in: 9 hours, 15 minutes

Intrepid? Adventurous? Like to get off the beaten piste? You’ll go gaga for this area, as there are plenty of secret forest routes local guides can help you discover.

Sauze d’Oulx’s tree-lined red runs are best suited to intermediate skiers, but advanced skiers can make the easy connection to Sestriere and the black runs at the top of Mount Motta and Mount Sises.

Apres ski: This Italian village with its sweetly cobbled streets used to be known as ‘Ibiza-in-the-snow.’ This thought might fill you with either excitement or horror, but either way, the resort is still quite a boozy fave with Brits.

That said, Sauze d’Oulx is more cocktails than clubbing these days, so start off the night with a few aperitivi at Caffe della Seggiovia (Piazza Assietta 4).

Recommended route: Depart St Pancras on the 9.31am Eurostar, change in Paris and take the 3.24pm TGV, arriving at Oulx at 7.31pm; then it’s a 15-minute taxi ride. From £170 return with Rail Europe. raileurope.co.uk sauzeonline.com

From London to the slopes in: 18 hours If you’re planning a trip with mates of mixed skiing ability, Söll is a pretty good bet.

The Ski Welt is the largest linked ski area in Austria, and has plenty of easy blues for beginners and harder reds for the more experienced. Advanced skiers will have to look a little harder to find a challenge, but there are some very steep runs at the Hohe Salve.

Night skiing is huge here and the floodlit run from Hochsöll down to Söll is nothing short of exhilarating.

Apres ski: The slopes here might be gentle, but the nightlife is quite the opposite.

This cutesy Tirolean village gets raucous later and you’ll find skiers dancing on the tables at Moonlight Bar and other spots around town practically every night of the week.

There must be something in the schnapps. moonlightbar-soell.com

Recommended route: Depart St Pancras on the 3.31pm Eurostar, change in Paris and take the 8.20pm City Night Line sleeper train, arriving Worgl at 9.41am, then a 15-minute taxi ride.

Book with Deutsche Bahn from £215 return in a six-berth couchette. bahn.com wilderkaiser.info

Sit back and enjoy the ride of your life Hooked on rail travel? Make your journey the whole holiday on one of these three epic train rides.

Route: Through the Swiss Alps

Just the name of this train conjures up images of Swiss peaks and dizzying scenery (check out the picture above). A ride on the Glacier Express is just a one-day trip, taking you from St Moritz to Zermatt. The journey includes some of the finest panoramas Switzerland has to offer: Graubünden, the lovely Lake Lucerne, the glaciers of the Valais region and then on to the Southern mountains. Definite wow factor.

The damage: A one-way second-class ticket is £120. swisspasses.com 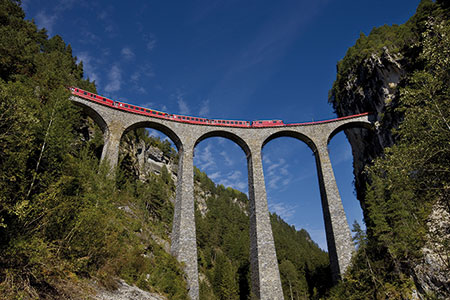 Route: Mumbai to Delhi India’s famous Palace on Wheels, with its plush carpets and gilded tableware, used to be the epitome of luxury rail travel. But things have moved on a bit and nowadays, the rather swanky Indian Maharaja Deccan Odyssey is where it’s at.

There’s a gym, beauty salon and massage centre on board, and yes, a good few bars so you can still get stuck into your G&Ts – this is upmarket India after all.

The route connects Mumbai and Delhi via Rajasthan, so your journey could include cave excursions at Ajanta, a jungle safari at Sawai Madhopur and of course, that all important photo op at the Taj Mahal.

The damage: Seven-night package from £375 per person based on shared occupancy of a suite cabin. theindianmaharaja.co.in

This train used to be called the Backpacker, and despite the name change still has cheap tickets and extra rack room for bulky rucksacks.

The three-hour journey begins in Poroy (eight miles from Cuzco) before winding 50 miles through the Sacred Valley, the Andean foothills, and then following the path of the Urubamba river.

For the best views of the river and Inca ruins, make sure you nab a seat on the left hand side of the train going up to Machu Picchu and on the right hand side when you return.

The damage: A one-way ticket costs from £40. perurail.com

In the spotlight: We find out what it’s really like to work behind the scenes at London Fashion Week