Tri this out: Top triathlon pros share their tips for training, tactics and tapering

We’ve noticed an increasing trend for mere mortals giving the swim, ride and run a go at competitions all over the country, so TNT enlisted the help of some superstar triathletes to point you in the right direction if you fancy a stab at it. 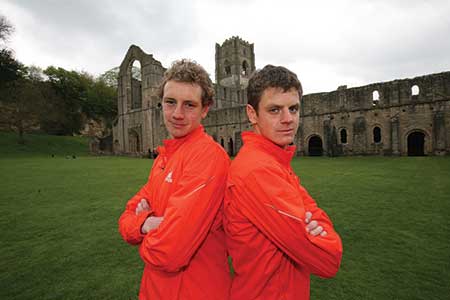 Alistair Brownlee won gold at the 2012 Olympics and his brother Jonathan (who won bronze in London) is the reigning ITU World Triathlon champion.

Alistair says: “One of the biggest advantages we have is each other. So rope a friend/partner/family member into doing the event with you. That way you can help each other train, and having someone to meet really helps you get out of the door.”

Jonathan says: “The root of our triathlon story begins with local people who took us to races, showed us training routes and shared their invaluable knowledge with us. People like this are generally found at your local running, cycling, swimming or triathlon club. So go down and join in the fun.” 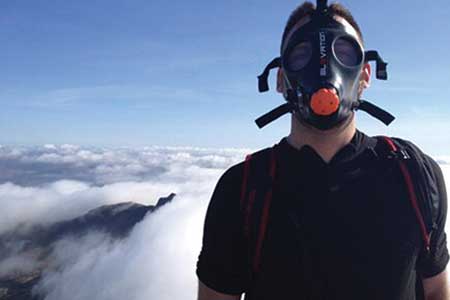 Matt competes in endurance races, including the UK Ironman and Kilimanjaro Challenge, to raise money for Scope.

Matt says: “When training I use an elevation mask. This restricts the oxygen you take in while training, which increases your lung capacity, stamina and red blood cells, which carry oxygen to your muscles.”

Part of the Challenger World Triathlete team, Jo came second in Ironman UK 2013 (female professional) and did the Olympic sprint at the Virgin Active London Triathlon.

Jo says: “Divide your training time according to the proportion of the race – roughly 20 per cent swimming, 50 per cent cycling, 30 per cent running – unless you have a weakness in one, in which case spend a bit more time on that.”

Owner of Swimovate, which makes lap-counting watches for swimmers, Lisa recently finished the ‘hardest triathlon in the world’, the Norseman Xtreme Triathlon in Norway.

Lisa says: “Many people can’t find their bike after the swim, which wastes precious time. Buy the brightest, most garish towel you can find and lay it next to your bike. You will be able to spot it straight away.” 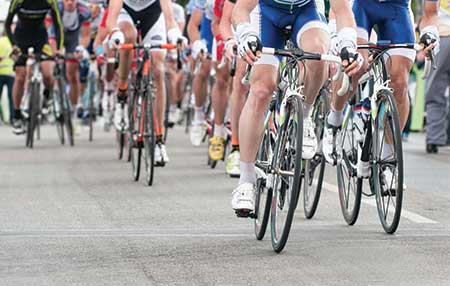 Heather says: “Know your equipment. Have a play with adjusting swimming goggles and practice fixing punctures, especially with tired hands!”

Ross says: “Around a week before your race, bring the distance and intensity of your sessions down in order to let your body recover from the harder training you have been doing in time for the big day.”

Nick is a triathlon performance enhancement specialist who has been training athletes in the UK for more than 15 years.

Nick says: “To recover my muscles after a hard session I use the firefly device. You strap it to your leg to reduce delayed onset muscle soreness (DOMS), meaning you can train again comfortably the next day.”

All that glitters: This is the Gold Coast in 72 hours

What’s on: The Rocks Windmill in historical Sydney