Trott’s out: England No 3 quits Ashes tour after first Test defeat due to stress-related illness

Word out of the England camp is that number three Trott, who fell twice the the fierce bowling of Mitchell Johnson in the first Test, has been dealing with the condition for several years.

Trott left the team on Sunday night and will not play any further part in the five-Test series or appear in the limited overs that follow.

“I don’t feel it is right that I’m playing knowing I’m not 100 per cent and I cannot currently operate at the level I have reached in the past,” a statement from Trott said. “My priority now is to take a break from cricket to focus on my recovery.” 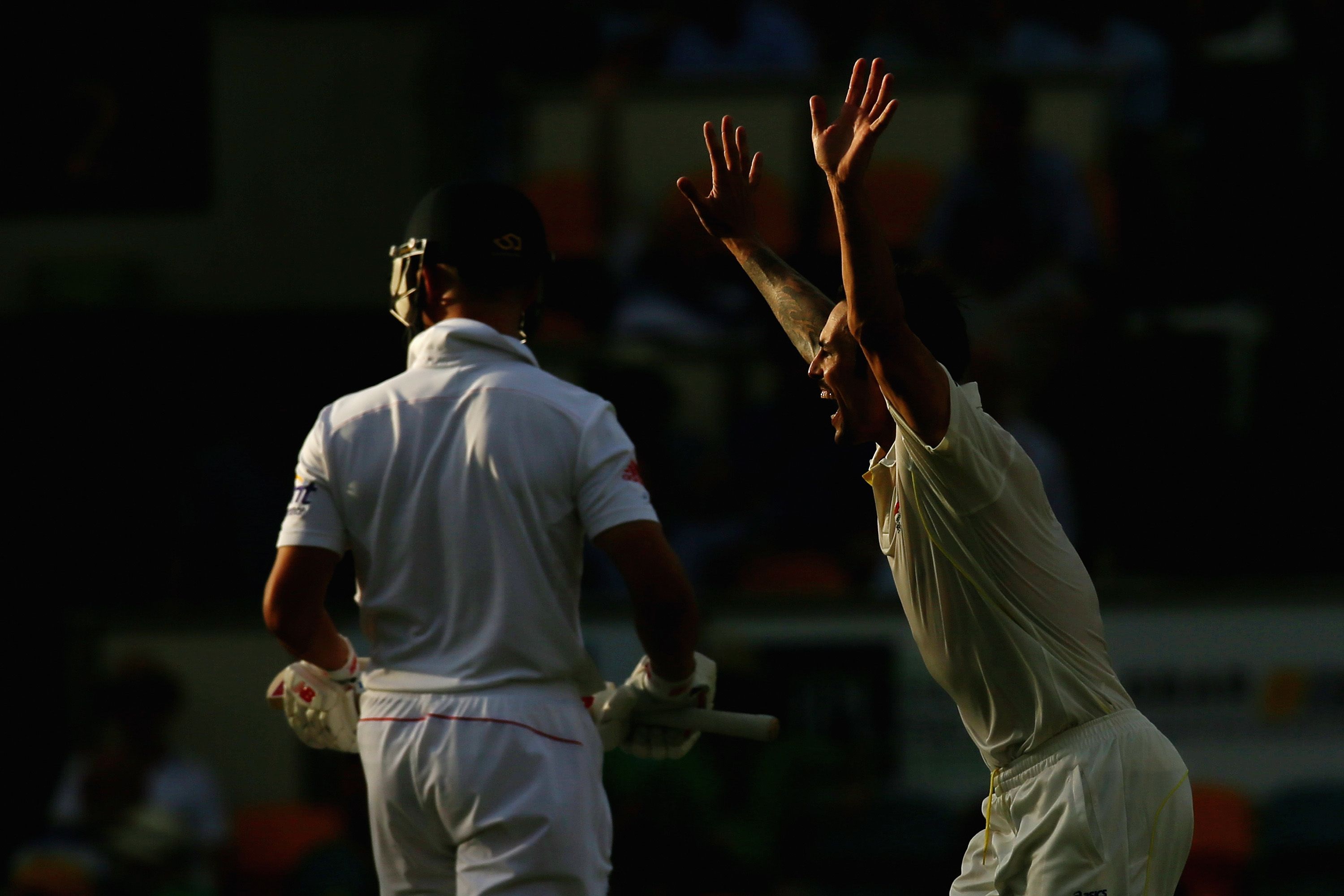 “Jonathan Trott is an incredibly talented cricketer who has proven himself time and again for England,” said Morris, with Trott’s international future in doubt at the age of 32.  “Cricket is unimportant now, all that matters is that Jonathan is given time, support and space to recover.”

There is a 10-day break between the first and second Test in Adelaide, with a tour match in Alice Springs in between, giving England time to consider his replacement, although there’s no direct swap in the touring party.

A logical move could be Ian Bell moving up to number three, although such a move didn’t go well for Michael Clarke, who like Bell in recent times has been his team’s best batsman.

Jonny Bairstow, Gary Ballance or all-rounder Ben Stokes could come into the middle order, with the latter adding an extra bowler to their line-up despite his lack of impact on debut at The Oval.

Meanwhile, Aussie captain Michael Clarke was fined 20 per cent of his match fee for a breach of the ICC code of conduct on the fourth and final day of the first Test.

The stump mike picked up Clarke telling England’s James Anderson to “get ready for a broken f—ing arm”.

Clarke admitted wrongdoing and copped the fine on the chin.

An ICC statement said Clarke had “made inappropriate gestures and directed an obscenity towards England’s James Anderson, which was picked up by the stump microphone”.

Clarke said he’s heard worse and the England player faced no sanction for his comments – said to have been choice – as they weren’t caught by broadcasters.

The move sets a precedent for any insulting language on the field, of which there’s been plenty if reports are believed.

Other traveller reviews on Brunei