A network of little-known drinking dens, harking back to the era of the prohibition, are spreading beneath our bustling streets, Rebecca Kent writes.

I ask a staff member at the Breakfast Club in Spitalfields to ‘see the mayor’ and, with a wink and a nod, I’m directed to a retro Smeg fridge. I walk past a few smoothie- and latte-drinking diners and pull open its door. Behind it – giving a new meaning to the phrase ‘chilling out’ – is a hidden staircase, the entrance to The Mayor Of Scaredy Cat Town, one of London’s newer, and more accessible, speakeasies. 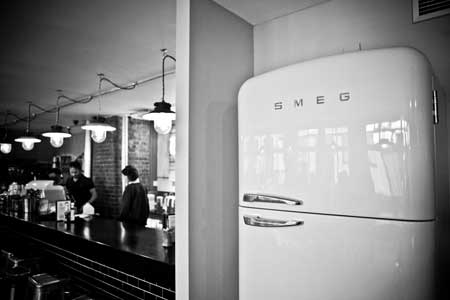 Last seen during the American Prohibition era – that Noble Experiment of the Twenties – when a ban on alcohol stimulated a spread of illegal drinking dens. This type of venue is back in 2011, part of an underground movement in England’s capital.

Speakeasies are, in theory anyway, cloak-and-dagger establishments offering the thirsty a drinking spot with a difference, where only a password, or some other suitably clandestine arrangement, will gain you entry.

Some don’t even have names and don’t want to be found – many have indistinguishable doorways with just a lantern to signal their presence. They have cocktail menus hidden in books and drinks served in teacups.

Though the term ‘speakeasy’ is redundant now, because alcohol is legal, the clandestine element still excites.

The Mayor of Scaredy Cat Town is a quirky, intimate cocktail bar clad in exposed brick and wood, with moose heads on the wall and disco balls dangling from the ceiling.

The staff are all incredibly chilled out and that attitude runs throughout the establishment, helped by soulful, uplifting music. 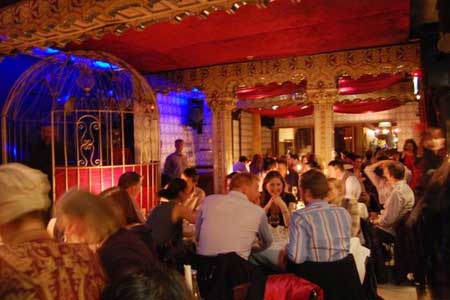 Ian Kane, the venue’s bar manager, says: “Basically you all have the privilege of being in the know and the whole idea of it is quite exciting.

“You will have cafe that is heaving, full of people eating breakfast, then all of a sudden the fridge door opens and people walk straight through it. Diners can hardly believe what they’ve seeing.

“Downstairs, people are sipping our ‘canary marys’, or other signature cocktails, but, if you didn’t know the bar existed, you wouldn’t have a hunch.”

The Mayor Of Scaredy Cat Town is inspired by a venue in East Village, New York, called PDT, or Please Don’t Tell. It’s the ultimate in speakeasy mystification, where patrons have
to enter through Crif Dogs, the hip hotdog place, then step into a phone booth and identify themselves by speaking into the receiver. A buzzer opens a secret door, revealing a strange, twilight world of artisanal cocktails and taxidermy animals.

It’s slightly more relaxed in London, where patrons are reminded that they’re in Scaredy Cat Town, not Cool Cats Town, and as such the highest standards of self-depreciation are expected. This fun attitude extends especially to how visitors to Scaredycat Town exit.

“Leave by the door on the left at the top of the stairs and through the toilets,” the menu advises. ”Act nonchalantly, as if you’ve just had a pee. Gentlemen … leave your fly down to add to the charade. Ladies, if you’d leave your skirt in your knickers, it would be greatly appreciated.”