The wall, a heritage-listed part of a former brewery, collapsed in 35mph winds on Swanson St, in the Carlton area of Melbourne.

The wall collapsed on two teenagers who police believe were killed instantly. Another passerby struck was hit by a different area of the wall which collapsed. 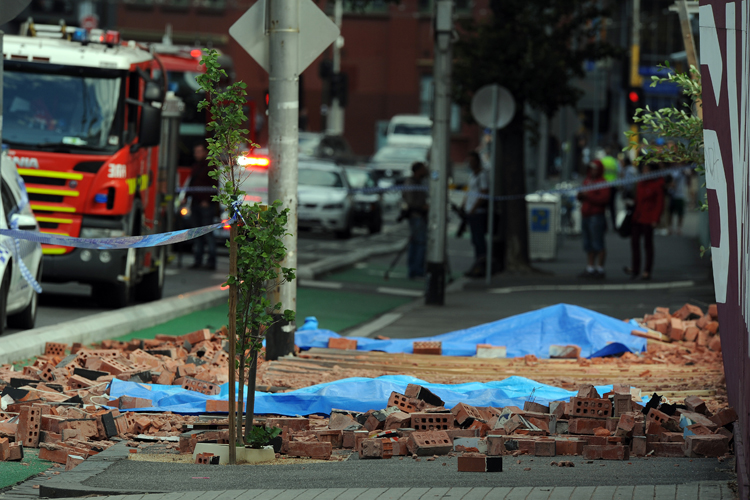 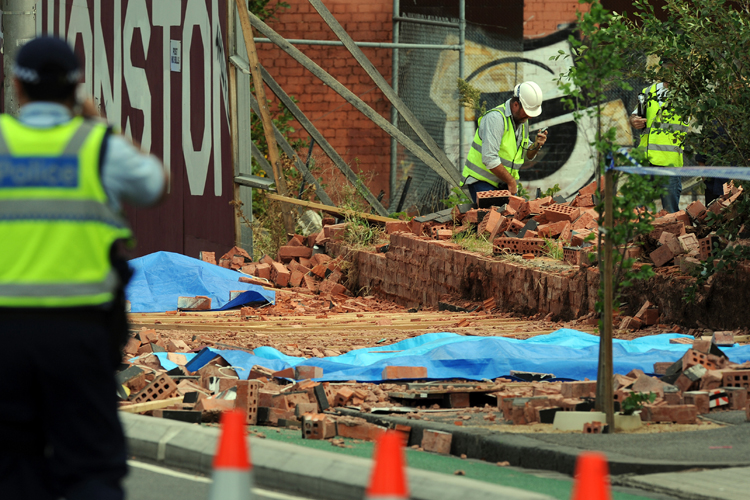 Inspection begin at site of tragedy

“There was a huge thunderclap. It was really, really loud, and people were rushing about in all different directions,” RMIT student Jonathan Lian told the Herald Sun.

“One guy barely got away. There was dust everywhere and they were trying to dig people out. It was chaos,” he added.

The wall, which formed part of a CUB brewery which developer Grocon is reportedly developing into flats, had been reinforced with wooden hoardings.

The owner of El Pronto Cafe, Natasha Weiss, 21, was making coffee across the street when she said she “saw the wall crumble like breadcrumbs from the top down, and fall on a group of people”. 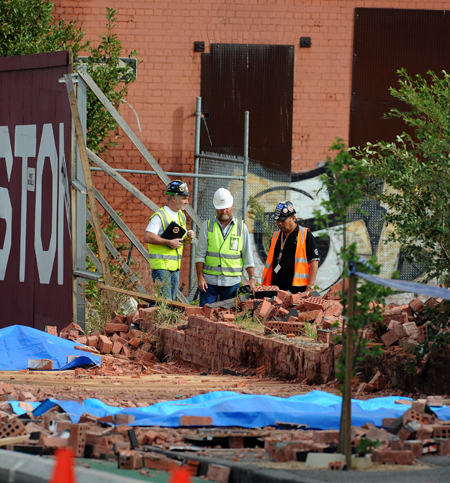 Police believe a freak gust of wind brought down the wall

Police acting inspector Ian Lindsay said: “It’s a matter of being in the wrong place at the wrong time.”

WorkSafe, Australia’s health and safety executive, is investigating the accident.

7 top reasons to freelance in London