UK Trip: On your doorstep

It may only be a tiny little island – or collection of tiny little islands – when compared to back home, but the UK has breadth and depth that belies its size and extends far beyond just London. The beauty of the coastline in the south, the Lake District in the north west, the lochs and mountains of Scotland, the cultural rejuvenation of the north of England, and cities all blessed with their own unique personality, history and culture – the UK has it all.

Often referred to as the ‘Knightsbridge of the north’ for its abundance of designer stores and shops in the Victorian Quarter – Selfridges, Vivienne Westwood and the first HarveyNichols out of London to name but a few – this Yorkshire city is a must for those keen on retail therapy. Afterwards you can sit back, relax and reward yourself with a well-earned cocktail and dinner at one of the many restaurants and bars of the bustling Financial Quarter. (visitleeds.co.uk) 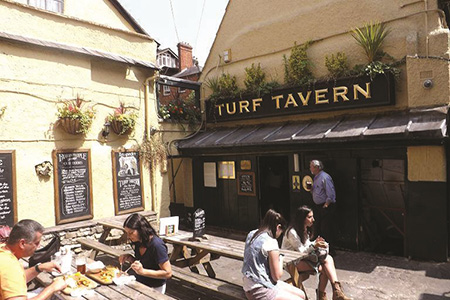 When you think of Oxford you might first think of the prestigious university, or punting down the river Cherwell, but it has another claim to fame. Former Australian Prime Minister Bob Hawke set a Guinness world record for drinking a yard of ale in under 12 seconds back in 1953 at the Turf Tavern pub. Many truths and myths surround his act while studying at the uni from 1953-1956, one standout being he did it because, due to a breach of etiquette, he had to either beat the sconce master (the one holding the downing record) or face buying a round for all in the pub. He couldn’t afford the latter so did the former! (theturftavern.co.uk)

Scotland’s capital city, a much-lauded world heritage site, is everything you would expect from a national capital, steeped in tradition, history, culture and more. There’s the impressive Edinburgh Castle, which still fires its guns every day at 1pm. It also plays host to the annual Edinburgh Military Tattoo (edintattoo.co.uk), a music and entertainment event that sees 220,000 people attend and is broadcast to more than 30 countries worldwide. Famed for its narrow, winding cobbled streets, Edinburgh is a city designed to be explored on foot, and there are all manner of tours on which to take in its history, including a number of night time spooky walks to hear all about its grizzly past (auldreekietours.com). Of course Edinburgh is also known for its annual Fringe Festival (edfringe.com), which features the finest new comedy, theatre and performance every August. (edinburgh.org)

With winter rolling in, grabbing the board may seem a long way off, but when spring homes into view, get down to this Cornish town. A surf and party mecca, it is flooded in the spring and summer months with wave-seekers after that Atlantic fetch. It is about more than just catching a break though, with this small town perched on the western edge of England also home to those after good times and partying. With an array of beaches nearby it is a perfect launchpad to explore the most western county of the UK, which even has its own language, fact-fans. 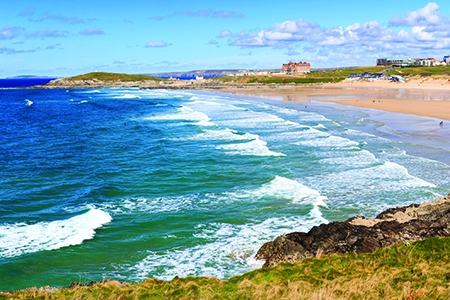 We have some great deals on UK trips at TNT Tour Search. Why not head there now and book your next adventure?