Uganda was named the world’s number one country to visit by Lonely Planet in 2012, and the accolades keep coming. This year, National Geographic praised it as one of its favourite places to visit worldwide and, perhaps more importantly, Ugandans were crowned Africa’s biggest  drinkers.

The nation is also said to be the planet’s most ethnically mixed country, and its people are undisputedly among the friendliest. Tip: Although its capital is a modern city with ATMs scattered across it, Uganda is mostly a cash-based society and many places don’t accept credit cards. Carry US dollars to pay for hotels, park entrances and gorilla permits.

A hot, dusty and chaotic city, Kampala is home to about 1.7 million people, including hundreds of expats. While it may boast only a handful of tourist attractions, it’s arguably east Africa’s party capital and also offers several art galleries and a theatre. But a few days here will probably suffice when there’s so much to see ‘up-country’.

Things to do: They may be described as ‘death traps’ but bodabodas – the country’s ubiquitous motorbike taxis – are the cheapest and most efficient form of transport. One entrepreneurial local Walter Wandera now runs boda tours (walterstours.com), which take in the Bahai Temple, one of only seven in the world, and Kampala’s best craft markets, among other sights. Passengers can also sink their teeth into a rolex role and the local dish, matooke, along the way. And don’t worry, everyone gets a helmet!

Where to stay: Kampala has two hostels, one (backpackers.co.ug) located just 2km from town and Red Chilli (redchillihideaway.com), a bit further out. Both can arrange package tours of the national parks and other places. A pricier but more convenient option is the Golf Course Hotel (golfcoursehotel.com), next to Garden City and Oasis Malls, where there are supermarkets, banks, internet cafes and pharmacies. For the most stunning view of Kampala try Cassia Lodge and Restaurant (cassialodge.com/home.html).

Going out: Kampala boasts so many good going out spots that it’s hard to narrow down the best. But to meet other westerners check out the Camel Club (camelclubuganda.com) or anywhere on nearby Acacia Avenue. To drink Waragi (the local gin) until dawn with locals go to Iguana (+256 777 667909) at Kisimenti or anywhere on the Kabalagala strip.

Located about two hours north-east of Kampala, the three Rs – rest, relaxation and rafting – can be found at Jinja, the Source of the Nile.

Things to do: Taking on grade four rapids ‘Vengeance’ and ‘Nile Special’ (named after a beer) won’t be an experience you’ll forget soon after. Besides rafting, Adrift (adrift.ug), co-founded by a Kiwi, offers bungee jumping, jet boating and river surfing. If that doesn’t float your boat (so to speak) there are also quadbike safaris (atadventures.com).

Where to stay: Adrift, which offers packages and runs a free shuttle bus between Kampala and Jinja, has a river camp with a cliff-top bar and restaurant with Nile views. The Nile Porch (nileporch.com) is a cheap option with great food. The idyllic Haven (thehaven-uganda.com) offer bungalows, bandas and camping options.

Going out: Check out the flavours at Flavours (enjoyflavours.com), a coffee bar and restaurant, and while it may be called The Office (9A  Kyagwe Avenue), the atmosphere at this bar is all party. 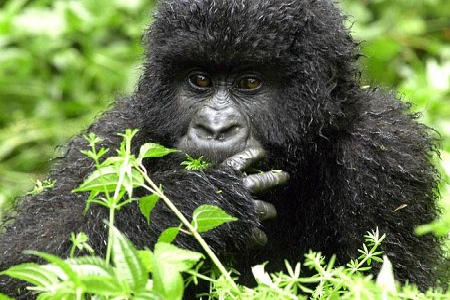 Situated about 305km and four hours north of Kampala, Murchison, where the 1951 film The African Queen was shot, this park boasts 76 mammal species and 450 bird species.

Things to do: Go for a game drive then cruise up the stream to observe the breathtaking falls (murchisonfallsnationalpark.com), greeting hippo and crocs along the way. Fishing is allowed in some areas (fishingmurchison.com) so if you fancy catching a Nile Perch or Electric Catfish from the world’s longest river, carry your own fishing equipment and secure a permit early through the Uganda Wildlife Authority (ugandawildlife.org).

Where to stay: Paraa Safari Lodge (paraalodge.com) claims it’s the ‘jewel of the Nile’ and with a bar you can swim up to, who’s to argue? Red Chilli has a rest camp here. Or try Budongo Eco Lodge (ugandalodges.com) in Budongo Forest Reserve, home to 360 bird species and 290 types of butterflies.

With a recent census showing the world’s gorilla population has shot up by more than 10 per cent in two years, you’ve got a great chance of getting up close and personal with a silverback here (bwindiforestnationalpark.com).

Things to do: Time really flies when you’re hanging out with these gentle giants, but you’ll remember a “Gorillas in the Mist” experience for the rest of your life. Permits can only be purchased from UWA’s Kampala headquarters, either directly or through a travel agent such as Pearl of Africa Tours and Travel (pearlofAfricatours.com). Most operators advise obtaining them several months in advance. Many lodges can also organise community walks and other activities while in Bwindi.

Where to stay: Nkuringo Gorilla Camp (nkuringocampsite.com), on top of Nteko ridge on the southern side of the forest with views towards Virunga mountains is in such demand they’re building more cottages. Or there’s Wagtail Eco-Safari Camp (wagtailecocamp.com), which was made from papyrus, banana fibres and local stones.

It may be off the beaten track but Kidepo, which shares a border with South Sudan and Kenya, was recently singled out by CNN as one of Africa’s 10 best national parks.

Where to stay: N’ga Moru Wilderness Camp (ngamoru.com) has comfortable tents and chalets but promises a “true bush experience”. Apoka Rest Camp  (kideposafaris.com/apoka-rest-camp.html) only provides a place to sleep, although according to the UWA website it may provide local food if you book in advance. If you’re not on a budget try Apoka Lodge (kideposafaris.com/apoka-lodge.html) where guests are said to have spotted cheetah from the veranda of their cottages. 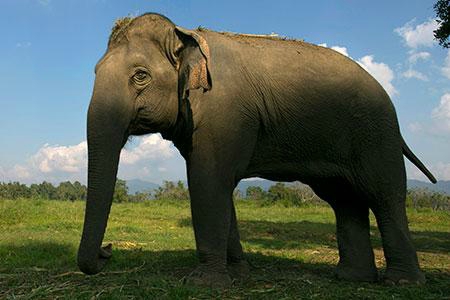 In a while Crocodile