As part of the Cultural Oympiad, the Royal Academy of Arts will showcase the first major exhibition of new landscape works by David Hockney.

Featuring vivid paintings inspired by the East Yorkshire landscape, these large-scale works have been created especially for the galleries at the Royal Academy of Arts and will include a display of his iPad drawings and a series of new films produced using 18 cameras, which will be displayed on multiple screens.

Be glad you live in 2012 as you join the country in remembering the 400th Anniversary of the Lancashire Witch Trails.

Light will be thrown on the hysteria that swept Lancashire in 1612 and made convicted ‘witches’ of a group of ordinary women from Pendle accused of deadly spells and witches sabbats.

The so-called witches ended up in the gallows.

This year, artworks, touring theatre, the Walking with Witches Trail, castle tours and other events will highlight the anniversary of Britain’s most famous witch hunt.

2012 marks the 200-year anniversary of Charles Dickens’ birth and a programme of events and activities have been put together to commemorate it. Celebrations in Portsmouth include period entertainment, costume and market stalls, and a performance by Simon Callow in aid of the Charles Dickens Statue Fund.

2012 marks the centenary of the Titanic’s construction and maiden sailing and The National Maritime Museum will commemorate with an exhibition highlighting the stories of some of those who survived the disaster.

For the first time, you’ll be able to see letters, photographs and personal objects gathered by Walter Lord while researching his definitive 1955 book, A Night to Remember, which was made into the 1958 feature film of the same name. 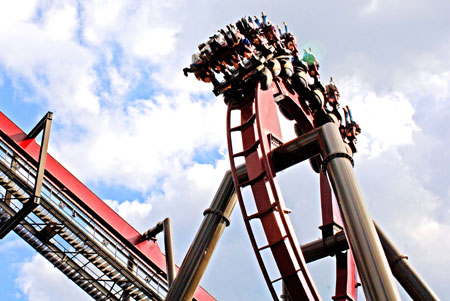 The UK’s tallest wing rider rollercoaster, The Swarm, opens at Thorpe Park in the spring, with an inverted drop from 127ft. Brave enough?

Part of the London 2012 Festival, the year-long event will showcase England’s greatest bard through a variety of art forms and cultural interpretations. If you’ve never seen any Shakespeare, this is the year to do it.

The Olympic flame arrives in Cornwall – after being lit in Greece – on 18 May 2012 and from here begins its 70-day journey around the UK, passing through 1,019 places and within 10 miles of 95% of the population.

Some of the torch’s journey promises to be high spectacle and include the flame being sent by zip wire from the Tyne Bridge, driven through the Isle of Man in a sidecar taking a trip on a canal boat.

60 years of Queen Elizabeth II’s reign will be celebrated with an array of events over the Diamond Jubilee weekend in June 2012 and throughout the rest of the year.

The Queen and other members of the royal family will also attend a Service of Thanksgiving at St Paul’s Cathedral. Additionally, see the royal barge lead a 1,000-boat flotilla down the river Thames, travelling from Battersea to HMS President. 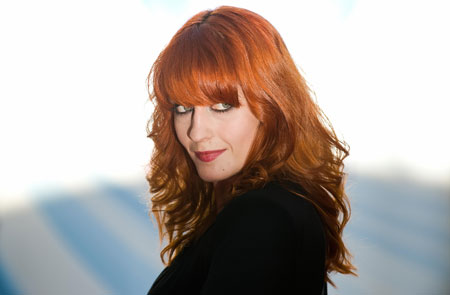 Radio 1 will hold the BBC’s biggest ever free ticketed live music event on Hackney Marshes this summer, as part of the London 2012 Festival.

The event will feature six BBC stages and artists so far confirmed include Leona Lewis, Plan B, Florence and The Machine, and Tinie Tempah.

For the first time in 64 years, the Olympics will be held in the UK. The world’s best athletes will compete in 32 venues, most of which are in London.

If you haven’t managed to buy a ticket, some are still on sale. And for the rest of us, the Olympic Games will be shown on big screens across the country, as well as on TV and online.

Around 4,200 of the world’s top athletes with a physical disability compete in 20 sports in some of the Olympic venues.

Celebrating everything lesbian, gay, bisexual and transgender in a week-long extravaganza of events and parties, Brighton Pride is jam packed with club nights and much more.

Since its fledging beginning in 1992, Brighton Pride has evolved into the biggest free Pride festival in the UK and culminates in a spectacular carnival parade and party in Preston Park.

Starting a Business While At University

Why the long face? Palace fans have a plan B in horseracing