Unions are ordering actors in The Hobbit to boycott the production over wages and working conditions for performers in New Zealand, leading producer Peter Jackson to label them ‘bully-boys’.

Global actors’ unions, under the umbrella of the International Federation of Actors (FIA), said Kiwi performers had “struggled on non-union contracts” for some years during filming of the Lord of the Rings trilogy.

The seven unions, based in the US, Australia, the UK and Canada, said that producers refused to negotiate a deal with them to safeguard their rights in The Hobbit.

Cate Blanchett, Sir Ian McKellen and Andy Serkis, who all appeared in the Lord Of The Rings, have been ordered not to take parts in the upcoming films.

Unions said that Kiwi actors had been working under contracts that “provide no minimum guarantees of wages or working conditions”, no payment for future broadcasts and no cancellation payments.

Executive producer Peter Jackson has denied the unions’ claims and has warned that the production could be shut down or moved from his native New Zealand to Eastern Europe.

Jackson said the union wrangle was a “grab for power” and “an attempt by the “Australian bully-boy” to influence New Zealand’s film industry.

“It feels as if we have a large Aussie cousin kicking sand in our eyes… or to put it another way, opportunists exploiting our film for their own political gain.”

The Hobbit films have been in the pipeline for several years but have now been put back to 2011.

Despite The Hobbit’s future hanging in the balance, an audition was held for short actors to take part in film. Men between four foot (123cm) and five foot two (158cm) and women up to five foot tall tried out in Wellington this weekend. 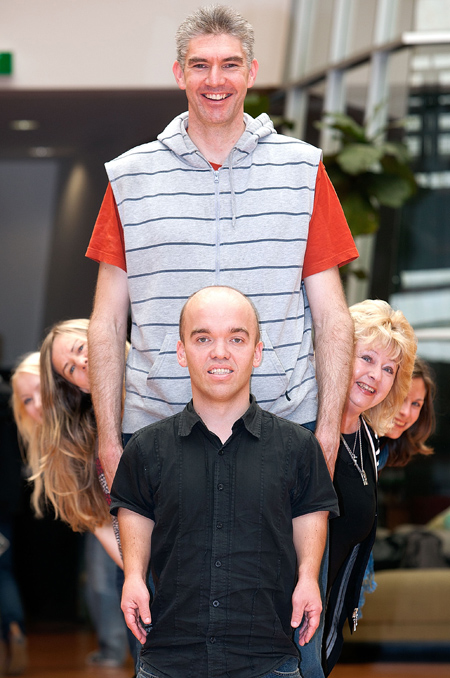