In what’s been called a ‘photobombing’ incident, with the large Saltire hanging behind the head of an unwitting Cameron, Salmond and his wife Moira unfurled the flag to cheer on Murray in the Royal Box of Wimbledon’s Centre Court.

Cheeky Salmond, who is campaigning for Scottish independence, has been accused of politicising the win, as well as breaking Wimbledon’s strict rules on no flags over the size of 2ft by 2ft. 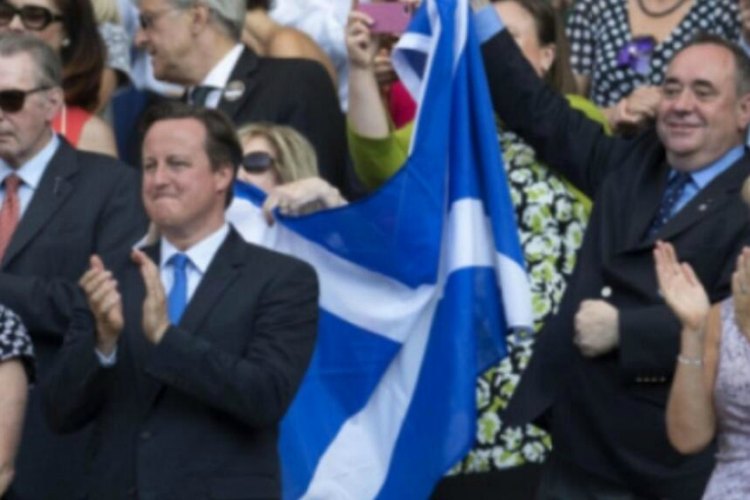 “Scotland feels enormous pride that a young man from Dunblane has won Wimbledon,” said a spokesman for Salmond.

“With flags of all kinds flying around Wimbledon and even a Saltire above Downing St, one extra Saltire among a sea of flags seems like a fair way to celebrate.”

First minister Alex Salmond says Andy Murray is first Scot to win Wimbledon since 1896 “a few Saltires hoisted does no harm at all”.

Personally I don’t think Alex Salmond went far enough, he should have had a blue face and flashed his arse while tea bagging David Cameron

Alex Salmond is usually a consummate politician. But today he was a grade-one wally #wimbledon