The video shows a six month-old boxer puppy confronting a group of cows whilst on a walk in the countryside. Normally, as has been proved with the recent Benton video sensation in which a dog chases a herd of deer into a road, this can be a recipe for disaster. However, things took a surprising turn for Lucy and her young pup.

To begin with the cows are nervous as the playful boxer bounces towards them. 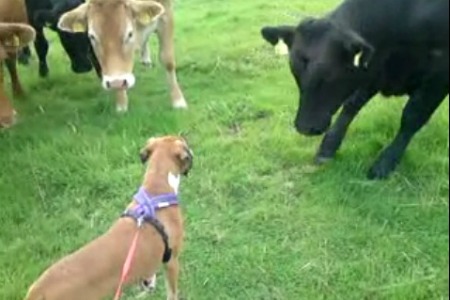 However, as the dog proves she’s not a threat by sitting down on the grass, the curious bovine beasts move towards her to inspect and sniff the new arrival. 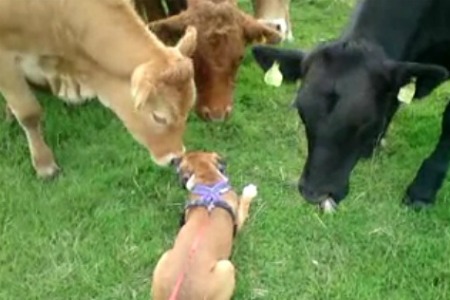 One appears to be particularly curious, possibly thinking the pup might be one of them – an extra small calf. Soon several members of the herd arrive to say hello, touching noses and smelling out the situation. 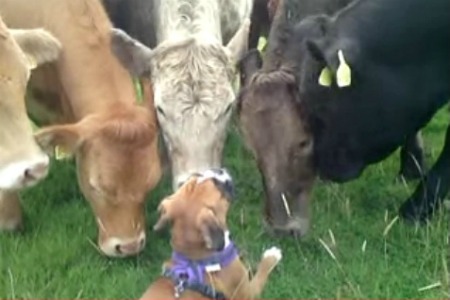 The puppie’s owner, who posted the video on YouTube said it was “amazing to see the animals body language towards each other!” The video was filmed a year ago but only went viral online after being shown on a US chat show.

One animal lover has commented “See. Cows are cool, feeling animals.%uFEFF It’s a shame how we treat them.”

Are the animals communicating? Does it make you think twice about your next juicy steak or hamburger?
Watch the cute video below…