News show Xi’an Up Close reported from the scene of the discovery of a “mysterious mushroom” found by villagers digging a new well.

“As we can all see, this looks like a type of fungus, on both ends of which you’ll find mushroom heads,” the reporter says in the video below.

Describing the texture and appearance of the mystery object she continues “On this side, you can see what looks like a pair of lips. And on that side, there is a tiny hole which extends all the way back to this side. The object looks very shiny, and it feels very fleshy and meaty too.” Oh no. That’s too much detail. Please, no more! 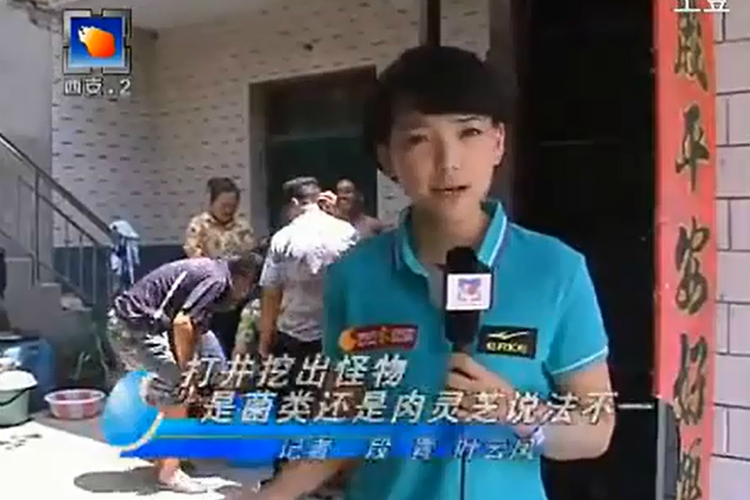 The villagers claimed that the ‘mushroom’ was found 80 metres in the ground. How this masturbatory aid for men got there we’ll never know.

“Even our 80-year-old neighbour here says he has never seen anything like this before,” said one man.

However, the people interviewed in Liucunbu district, which is located outside of the central province of Shaanxi, were convinced the mystery fungus was a rare variety of lingzhi mushroom with secret longevity medicinal properties.

When it was pointed out to Xi’an Up Close that this was in fact a sex toy, they blamed the reporter Ye Yunfeng for her innocent naivety, being “young and unwise to the ways of the world” and issued a statement saying “We’d like to take this opportunity to thank everyone from the bottom of our hearts for your criticism and correction. Please forgive our oversight!”

Dear Reuben – it was just a travel hook-up…

Brisbane: Gettin’ Brissie With It