Nearly 2 million people have enjoyed the vocal stylings of the mystery man in dark glasses who is seen enjoying a good old sing song along to the Rihanna tunes on his iPod headphones, seemingly unaware that he’s in a carriage packed with fellow commuters.

What’s even more hilarious is the expression on the face of a suited gent to his right who is on the verge of cracking up with laughter. It has to be said that despite his efforts this guys enthusiastic vibrato-filled vocals could use some tweaking. 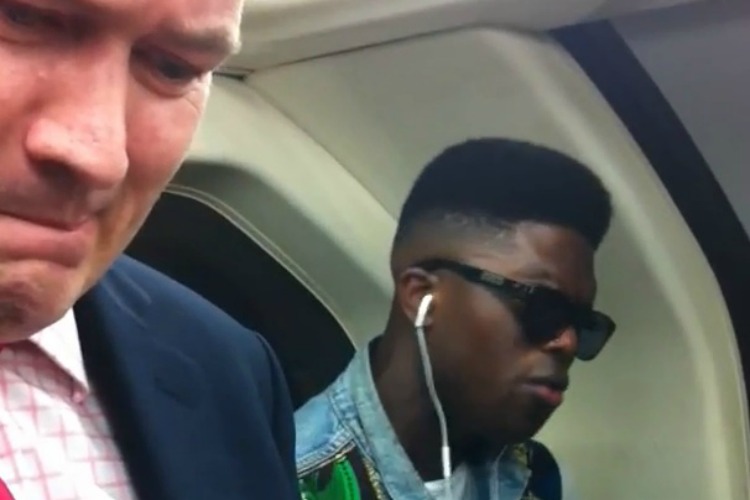 Stifling a snigger: the commuter who can barely hold back his laughter

YouTube uploader Max Mouche said “This guy had been singing/rapping the whole journey to slightly incredulous looks from the other people on the carriage. The whole thing was pretty funny/surreal so I decided to film it for a bit.”

Check out this popular crooner’s performance below – and expect to see him on the X-Factor in the near future.

Warriner moves to second in the world