Tessie the young pup, who even has her own Facebook page, has become a star on YouTube for her ball-following antics.

The video, in which the red fox Labrador seems keen to get her teeth into the ball and have a good chew, has received thousands of views from fans of puppies doing funny stuff. 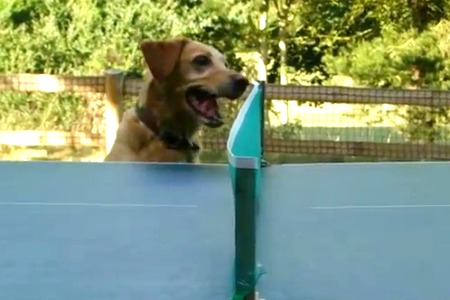 Tessie, who lives in Cambridge with her owners, bounces continuously following the movements of the ball in a short film that becomes quite hypnotic after a while. We’re hoping some clever editor will loop the video so we can enjoy hours of endless bouncing puppy ping pong fun.

Check out the video below

London Beer Week is back